Cakes & Ale, based in Decatur, recently opened its new bakery, Proof, in Inman Park. According to the city’s Decatur Minute blog, the bakery, “ships fresh baked goods to the Decatur cafe every day.” According to Atlanta Eater, the bakery will also service another Cakes & Ale venture, Bread and Butterfly. Bread and Butterfly was announced last year and is described as, “an all-day café with European sensibilities” by Atlanta Magazine.

In other restaurant news …

– Ink & Elm, a restaurant at Emory Village, has announced it is closing its doors after “21 amazing months.” The restaurant said on its Facebook page, “We have enjoyed serving the neighborhood, the Emory community, and the city of Atlanta. We were warmly embraced by many, many who have become great friends. From our house to yours, we thank you for your support and friendship.

“We plan to continue to serve the Druid Hills/Emory neighborhood through Saturday depending on our inventory. Please come in, relive great memories, and say good-bye in person. We will even have our bourbon/whisk(e)y wall discounted by up to 50% for your enjoyment.”

– The General Muir plans to open a bakeshop, TGM Bakery, this summer at Emory Point, according to Atlanta Eater. According to Eater, “The project will take over the 2,000-square-foot space that previously housed Sweet Monkey yogurt shop, which closed in February.”

– Creative Loafing Reports that a hot dog restaurant, Doggy Dogg, will be taking over the space formerly occupied by Las Brasas at 310 East Howard Avenue. Las Brasas, a “Peruvian chicken rotisserie” is relocating to Church Street and is shooting for a July opening.

– Pallookaville in Avondale Estates recently paid tribute to superfan Jesse. The restaurant says, “He has eaten EVERY item on the menu! This man is a HERO!” 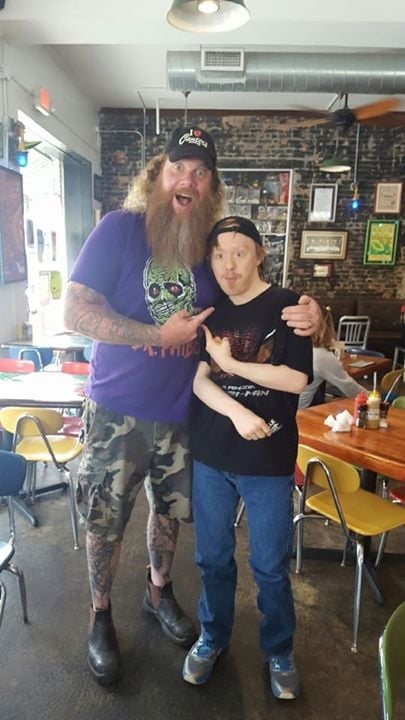 The bar has been raised.