Trial of suspects accused of murdering X’avier Arnold gets underway

Trial of suspects accused of murdering X’avier Arnold gets underway 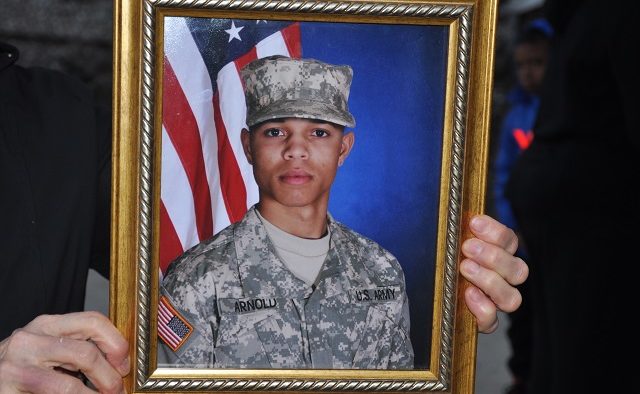 A mourner holds up a photo of X'avier Arnold during a remembrance ceremony on Dec. 26. Photo by Dan Whisenhunt
Share 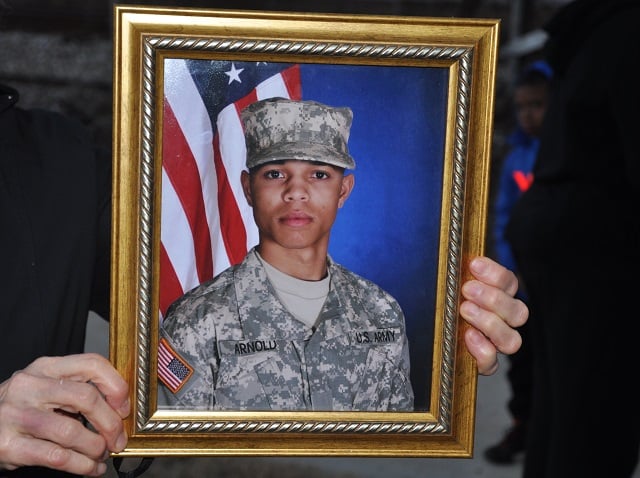 Two men accused of murdering a U.S. Army reservist in Kirkwood are standing trial this week.

Police allege that Qutravius Palmer and Zion Wainwright attempted to rob X’avier Arnold, his girlfriend and another friend in December of 2013 while they were walking along a trail near the Pullman Yard in Kirkwood. Prosecutors say when Arnold, a U.S. Army reservist enrolled in the Savannah College of Art and Design, fought back and was shot dead by one of the suspects.

According to 11 Alive and the Atlanta Journal Constitution, jury selection took place on Monday and opening statements are expected on Tuesday, May 13.

The case enraged Kirkwood. Many resident still have signs with an “X” on them, displayed as a reminder of the crime.