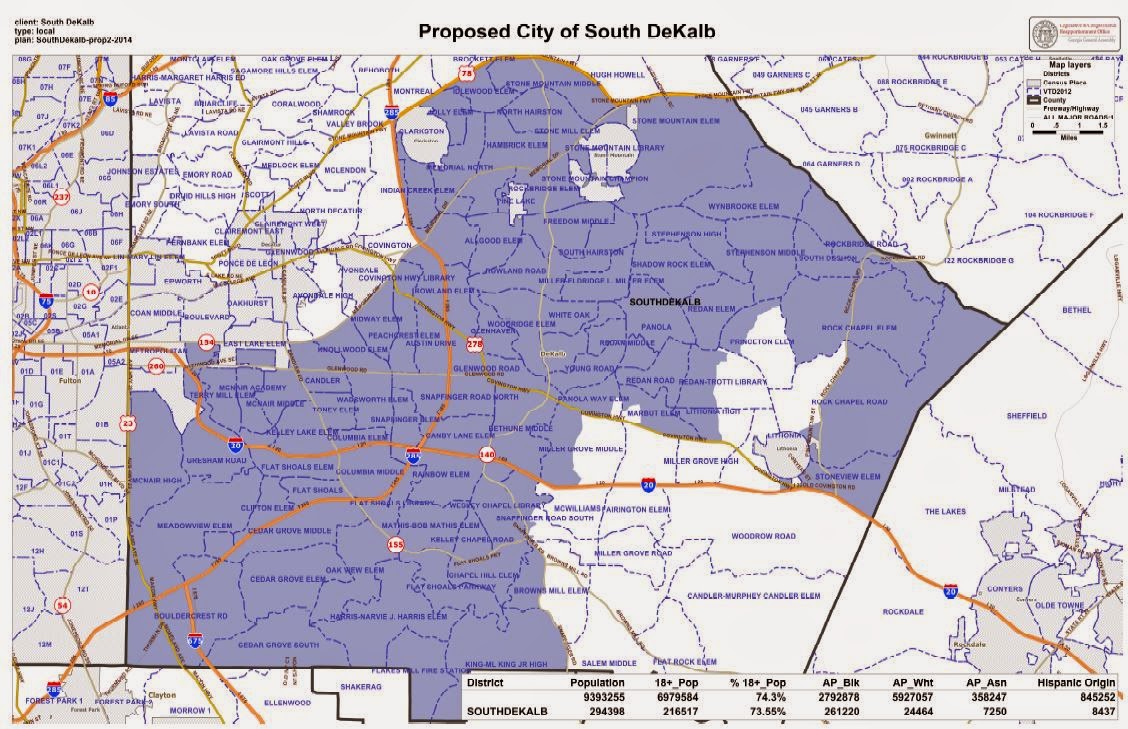 Cityhood does not mean economic development. If so, all the cities close to the Hartfield-Jackson airport would be booming. Residents should say no to more government, crime and corruption.  The school problems need to be dealt with by the School Board, the crime is South DeKalb needs to be addressed, and the residents need to get more involved in their community and schools.  Businesses and good jobs will not come in an environment where there is high crime and bad schools, unless you address the basics.Yes, we need to do something, but we do not want to make our situation worse.  It is the job of the Chamber of Commerce and private citizens to create jobs. The government can help create a business friendly environment.  However, if the government becomes the primary business then we will look like Cuba or North Korea.  Some of the proponents of cityhood should be running for a position in the Chamber of Commerce, not in government.Alternatives have not been presented to residents in the affected area. For example: smaller cities, opting out of the city, changing the annexation laws, or court action.  Alternative forms of quasi-cities should be considered. Private residential associations or communities and special districts could also be alternatives to cityhood.

South DeKalb could look like Clayton County, Miami Gardens, Tuskegee, Ala., East Saint Louis, Liberty City, Gary Indiana, Detroit, Washington, DC, or Ferguson, Mo., if the cityhood bill is passed by the state Assembly and the referendum is passed by the voters. Ask the proponents of cityhood which city they plan to use as a model for South DeKalb or Stonecrest. I do not mean what the feasibility study used. I mean which city do proponents believe South DeKalb will look like with similar demographics and population

Repeat it enough times they will believe it and then it will become fact. Even the DeKalb 5th district commission candidates are repeating the facts incorrectly.

Kathryn Rice backtracks on her statement that South DeKalb will be left paying pension.  First Kathryn and her group said there was a law that permitted the new cities to avoid paying  or sharing in the cost of DeKalb pension plan; almost everyone was repeating it, even State lawmakers and commissioners.

Now Kathryn Rice and her group admits there is no law.  They now use the words “fair”,  “shoulder” and “burden” of the pension costs, a play on words.  The group Concerned Citizens for Cityhood in South DeKalb has repeated so many times that “South DeKalb would be the only area paying the pension” that everyone believes what they have been saying is true.  The factoid meter indicates that this is not true, and that the statement is a stretch of the facts.  It is being used as a fear or scare tactic to get residents to support cityhood.  Rice continues to say if the city of South DeKalb is created that it is her position that the city should make pension payments.  It seems that there is some double talk going on.

Articles that cited pension statements made by CCCSD and/or Kathryn Rice: