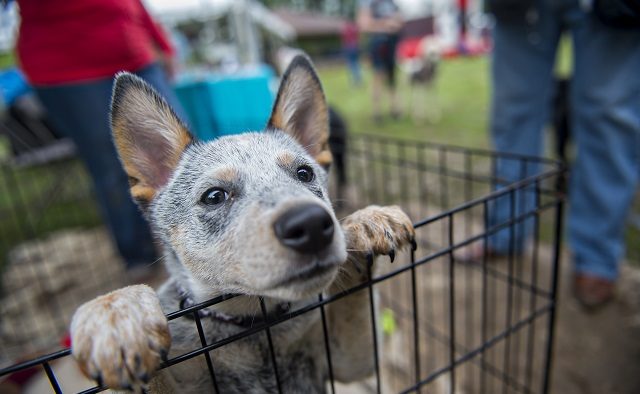 Wallie, a 14 week blue heeler, waits to be petted by people attending an April PAWS for the Cause event. File Photo by Jonathan Phillips
Share 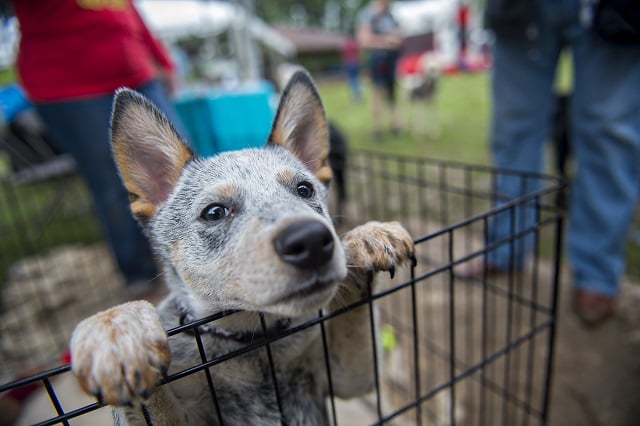 Wallie, a 14 week blue heeler, waits to be petted by people attending an April PAWS for the Cause event. File Photo by Jonathan Phillips

An outbreak of a newer strain of dog flu in the Decatur area is causing owners of local pet businesses to take extra precautions.

WAG-A-LOT, a pet boarding business with locations in downtown Atlanta and greater Decatur, recently announced there would be new restrictions on the pets they could care for. There haven’t been any reported outbreaks of dog flu in the Decatur facility, but there were some suspected cases at the downtown location.

“In order to keep our Decatur facility safe, WAG-A-LOT DECATUR is, of course, not admitting any dogs that show signs of Canine Influenza or have had symptoms within the last two weeks,” the company announced in a Facebook post. “In addition, we are not accepting any dogs that have been to another dog boarding facility or dog park within the past two weeks until further notice.”

Frogs To Dogs, a dog training business that holds classes in Kirkwood and Avondale, has also decided to cancel all group classes until June 26.

“Frogs To Dogs has NOT had any reported cases from our clients, but as a precaution we have been informed by multiple veterinarians from various hospitals in the area that it would be wise to shut down classes for one week,” an email from the company says.

Some companies are advising customers to avoid dog parks, groomers and other places frequented by pets and their owners.

Dogs can be vaccinated against the more common strain of canine influenza, but there is no vaccine for a new strain that has cropped up this year, H3N2.

The American Veterinary Medical Association says that the incidents of infections are high, noting Virtually all dogs exposed to the virus become infected, and nearly 80 percent show clinical signs of disease.”

Most infected dogs display mild symptoms. The symptoms include:

– Sneezing and discharge from the eyes and nose

– Some dogs exhibit a dry cough, which could be mistaken for “kennel cough”

Severe cases result in high fevers and have clinical signs of pneumonia.

“Fatal cases of pneumonia resulting from infection with canine influenza virus have been reported in dogs, but the fatality rate is low (less than 10 percent),” AVMA says. “Most dogs recover in 2-3 weeks.”

Because it is a virus, treatments only address the symptoms, AVMA says. Anyone whose dog displays these symptoms should call their veterinarian.

Garey Gomez, owner of Whoa Doggy! in Decatur, says he’s noticed an uptick in his home pet-sitting business since the outbreak of the virus in the Decatur area.

“We’re a little bit busier at the moment because of there being a couple of different boarding places closed up,” Gomez said. He said some customers were told by their doggy daycare facility that they shouldn’t bring their dogs in because of the risk of infection.

Joanne Schwartz, owner of Kirkwood Feed and Seed, said she is still boarding dogs because none of her customers’ pets have displayed symptoms. Still, she’s keeping an eye on the situation and has taken extra steps to sanitize her facility.

She said the dogs that are especially vulnerable are puppies younger than one year old, older dogs and dogs with compromised immune systems.

“I don’t want any dog getting sick. If someone were to come in and their dog had showed symptoms, I’d immediately turn their dog away and disinfect the lobby,” she said.