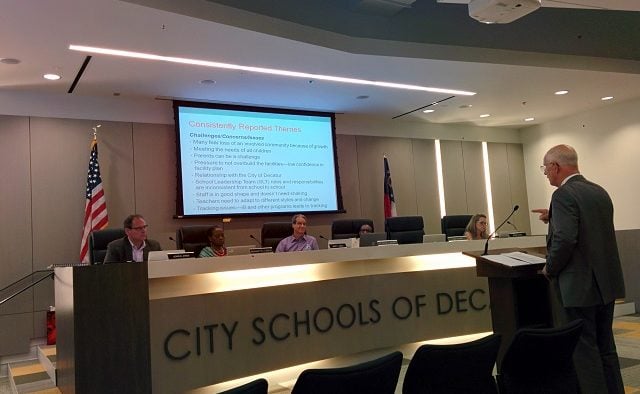 Brad Draeger with Hazard, Young, Attea & Associates speaks to the Decatur School Board during their June 9 meeting. File Photo by Dan Whisenhunt
Share 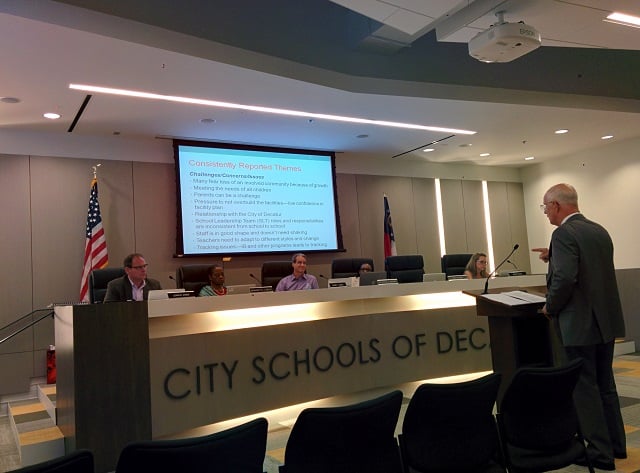 A representative of a firm hired to help conduct City Schools of Decatur’s superintendent search speaks during a June 9 School Board meeting. Photo by Dan Whisenhunt

Decatur’s School Board members know they have a tough sell to make this November when voters will decide whether to approve borrowing more money to pay for school construction.

Voters would have to willingly raise their own taxes by 8 percent so City Schools of Decatur could borrow $75 million. This year, those same voters are encountering sticker shock on their tax assessments. Total property values in Decatur are projected to grow by 20 percent over last year.

Board Chairman Garrett Goebel said, “If we don’t lower the millage rate in a proportion inverse to property valuations we are in effect proposing a tax hike on our community.”

The prospect of the bond vote was not far from School Board members’ minds during the June 9 meeting. There were public comments about the effect passing the bond would have on seniors in the community. Board Member Lewis Jones said he would propose a resolution in support of lowering the age of the homestead tax exemption for seniors. Currently, residents age 80 and older do not have to pay the school tax. Jones said he’d like to see the age lowered to 65. It would have to be approved by the state Legislature, he said.

Goebel at one point directly referenced the bond vote while talking about the lower millage rate, saying if it wasn’t lowered, the School Board would be, “Imposing a tax hike and going to the taxpayers and asking them to increase their millage rate for the GO bond.”

Legally, the School Board cannot advocate for the approval or defeat of the bond referendum. A 2012 Attorney General’s opinion says that courts have ruled public officials, “may not use their resources to persuade voters to support or oppose a ballot question.” Decatur City Commissioners, who voted to put the question on the ballot this year, also received a set of legal guidelines regarding what they can and cannot do ahead of the bond vote.

The guidelines say, “(Commissioners) may not use public funds to endorse the referendum, including the purchase of advertising promoting the passage of the referendum.” The restrictions also apply to city and school system employees. 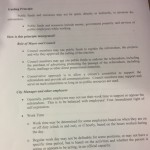 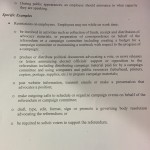 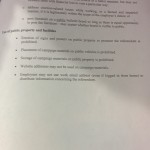 Decaturish asked Goebel whether lowering the millage rates ahead of the bond referendum and supporting expanded homestead tax exemptions is essentially advocating for voters to approve the bond.

“I think there’s a difference there between advocacy and objectively what we’re trying to do in weighing all the options and balancing and trying to figure out what works for the whole community,” Goebel said. “I would say that is not advocacy, that’s not campaigning, because the board is acting here, not an individual board member.”