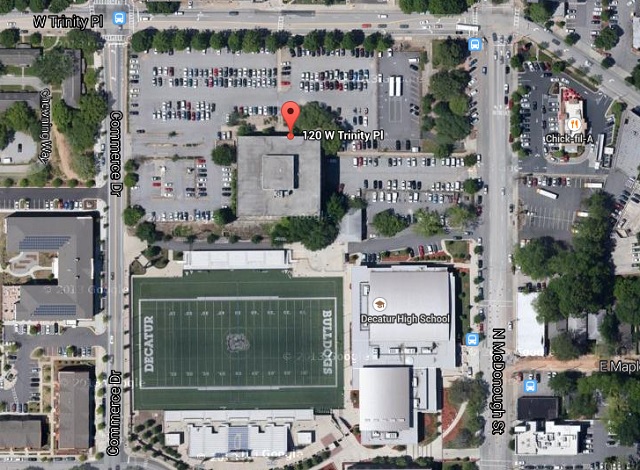 DeKalb County has decided to extend its stay in the Callaway Building, delaying Decatur’s plans for a mixed-use development there.

A recent AJC report said the building would be demolished by the end of the year and construction would start in late 2016.

However, Assistant City Manager Lyn Menne said in an email Thursday, “We received a letter from DeKalb County yesterday notifying us that they were exercising their one six month extension which allows them to stay until April 30, 2016. They had until July 31, 2015 to give notice of this extension.”

Menne said that means the project won’t be finished until sometime in 2018 with demolition potentially starting in 2016 instead of this year.

“We were disappointed to receive this letter since we had been assured several times by our contacts at DeKalb County that they were on schedule with their relocation plans and did not intend to extend their lease the additional six months,” Menne said in an email. “However, this delay will give us time to finalize site plans and designs and allow time for the market to absorb the developments currently under construction. Based on this delay we would anticipate this project would be completed and coming to market sometime in 2018.”

As Decaturish previously reported, the state Legislature passed general legislation this year that would lift certain alcohol restrictions that could have affected development of the property. State law prohibited the sale of alcoholic beverages for off-premises consumption within 200 yards of a school. The Callaway building, located at 120 West Trinity Place, is right behind Decatur High School.

Governor Nathan Deal signed the legislation into law in April. It goes into effect on July 1st.