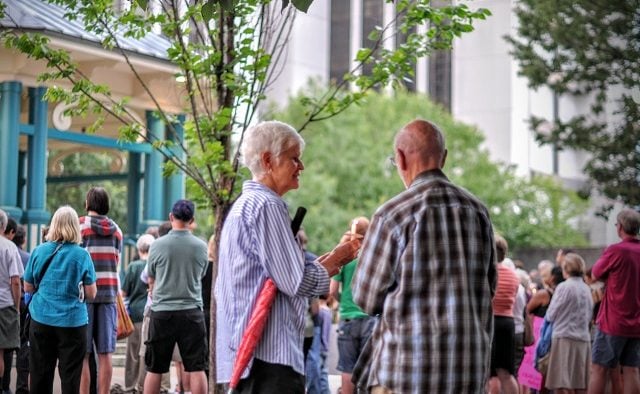 A couple lights their candles during a vigil in the Decatur Square on June 27. Photo by Dan Whisenhunt
Share

Create Community 4 Decatur held a somber ceremony on Saturday evening, June 27, to honor the nine people killed in a shooting in Charleston, S.C.

Dylann Roof is accused of opening fire on the congregation of Emanuel African Methodist Episcopal Church in Charleston. Among the dead are Rev. Clementa Pinckney, a state senator. Roof allegedly set up a website outlining his motivations and people found pictures of him online posing with a Confederate Flag. The incident has led to renewed calls for the flag’s removal from public spaces.

During the June 27 vigil, Rev. Ted Smith suggested that the community should discuss whether a Confederate memorial in the Decatur Square should be moved to the Decatur cemetery. But he cautioned that symbolic gestures like the removal of Confederate flags and monuments won’t give the story of what happened to the nine victims a happy ending.

The crowd gathered in front of the Decatur bandstand, listening for an hour before lighting candles, singing one verse of “Amazing Grace” and quietly dispersing. 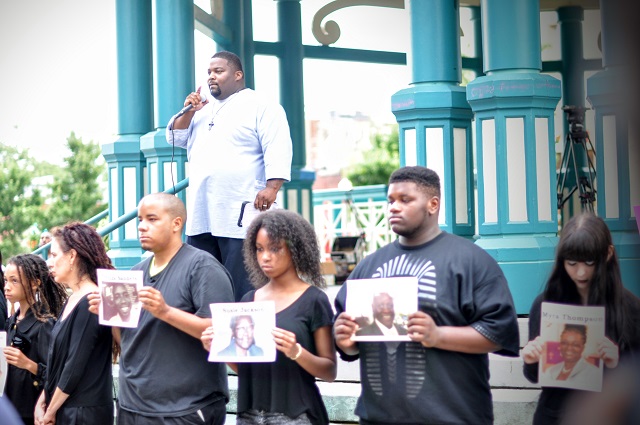 Pastor Brady Radford speaks during a June 17 vigil at the Decatur Square. 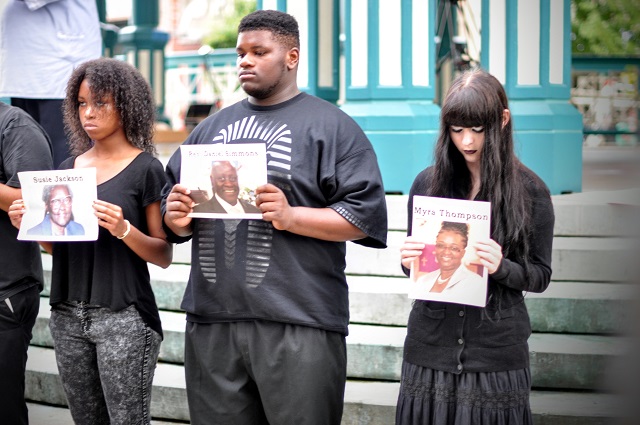 Volunteers hold pictures of the victims of a shooting in Charleston, S.C. Photo by Dan Whisenhunt 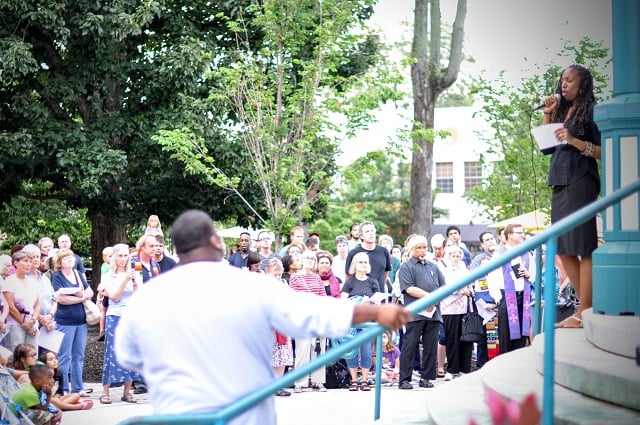 Rev. Victoria Ferguson-Young speaks during a vigil on June 27 in the Decatur Square. Photo by Dan Whisenhunt 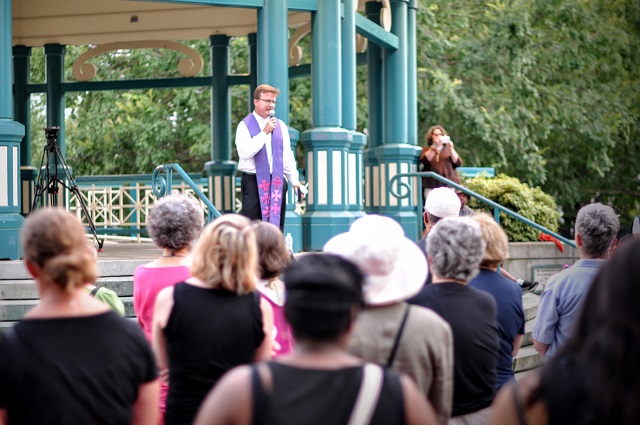 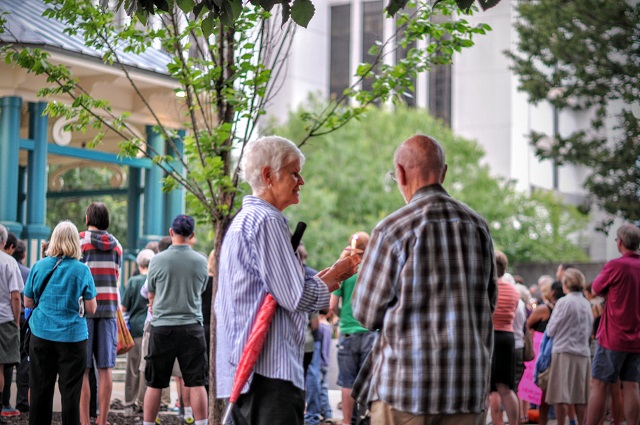 A couple lights their candles during a vigil in the Decatur Square on June 27. Photo by Dan Whisenhunt 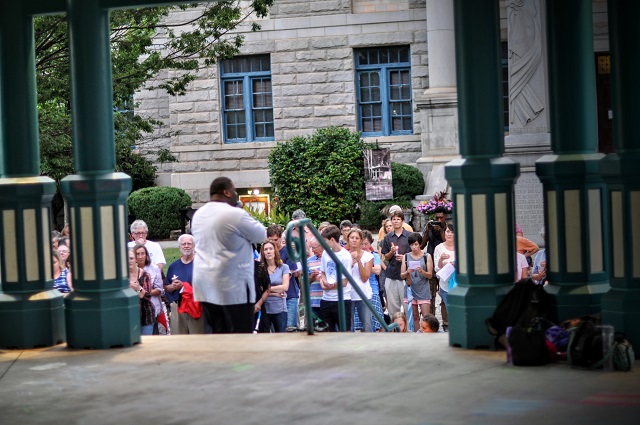 Pastor Brady Radford speaks to the crowd gathered for the June 27 vigil. Photo by Dan Whisenhunt