‘Retirement’ of gas pipeline in Decatur will begin this week

‘Retirement’ of gas pipeline in Decatur will begin this week 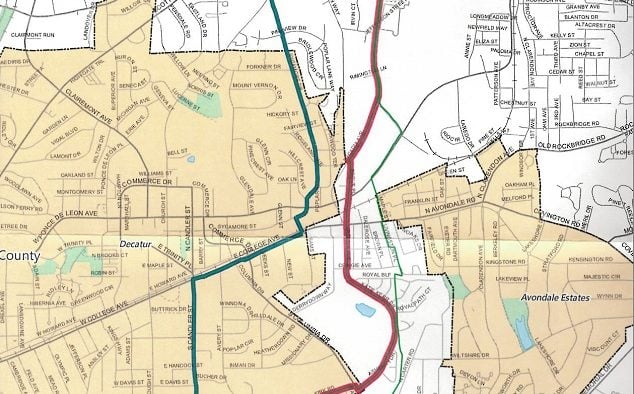 This week crews will begin working on a a project that will officially “retire” an old natural gas pipeline and will be the source of frequent traffic delays in Decatur.

“The work will require temporary lane closures and commuters should expect traffic delays,” the city adds.

The old pipeline runs down Sycamore Drive, and travels west along College Avenue before jutting down South Candler Street. The pipeline dates back to the 195o’s.

AGL updated the City Commission during its April 6 meeting. Representatives from the company said as part of the “retirement” process, crews will be grouting the roads which will require digging a hole about the width of a road lane.

The company has to officially close down the line now that it has installed a new pipeline that runs from Riverdale in Clayton County to a connection point near the intersection of Buford Highway and Clairmont Road in DeKalb County.

“Appropriate traffic control will be in place at active work sites and Atlanta Gas Light is coordinating with the City on traffic control measures and communications to neighborhoods in the vicinity of work sites,” the city says. “Local residents are encouraged to use alternate routes where possible during the grouting. Work will be performed during permitted daylight hours Monday through Saturday. If necessary, work will end by noon Friday, July 3 and regular work hours will resume Monday, July 6 in observance of the July 4th holiday.”

The city says the retirement project is a multi-faceted process and work may occur in more than one location.

Here’s a list of project activities, provided by the city:

– Grout points are plated when not in use

– Grouting cannot be stopped once it is started

– Once a grout point is no longer needed, the excavation will be filled with concrete

Here is a map of the project, provided by AGL