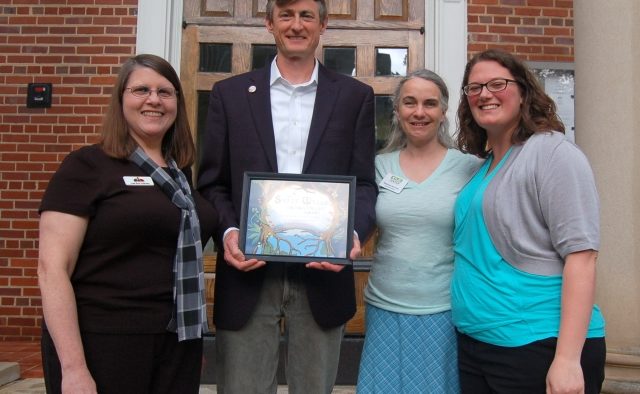 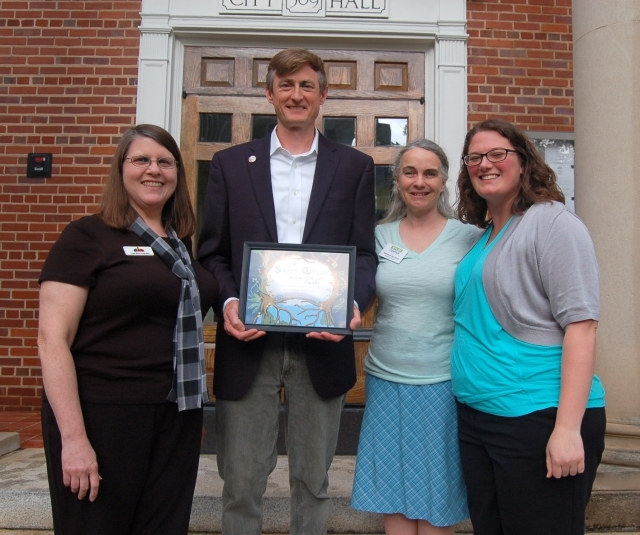 The City of Decatur and the Wylde Center have honored a Decatur man for 10 years of volunteer service.

Frank Burdette was presented with the 2015 Sally Wylde Cultivating Life Award in May for his work in the areas of sustainability and senior housing.

“Frank Burdette has a personal mission of sustainability,” Harvey said in a press release. “More than a decade ago, he volunteered during the inaugural year of the annual Martin Luther King Jr. Service Project to provide home repairs and yard work for senior citizens. He quickly realized these homes not only required repairs, but also needed to be comfortable and affordable. He spent countless hours assessing the homes’ weatherization needs and enlisted friends at Southface Energy Institute to assist with weatherization during the MLK Service weekend, and was able to obtain discounted insulation for the neediest homes.”

Burdette has also helped residents improve the energy efficiency in their homes while saving money through free workshops.

“Frank’s tireless work on behalf of our community exemplifies the Wylde Center’s mission of cultivating environmental stewards,” said Stephanie Van Parys, executive director of the Wylde Center, in the press release. “Frank understands the value of partnerships and takes the time to nurture new ideas and help grow them to become self-sustaining.”

The award is named for Sally Wylde, who started the Oakhurst Community Garden project. She passed away in 2010, and in 2012, garden changed its name to the Wylde Center in order to honor her.

According to the press release, previous award winners include Louise Jackson, a co-founder of Oakhurst Garden, Greg Levine for his work with Trees Atlanta, and the Morse Family who donated the property that is now Woodlands Garden.