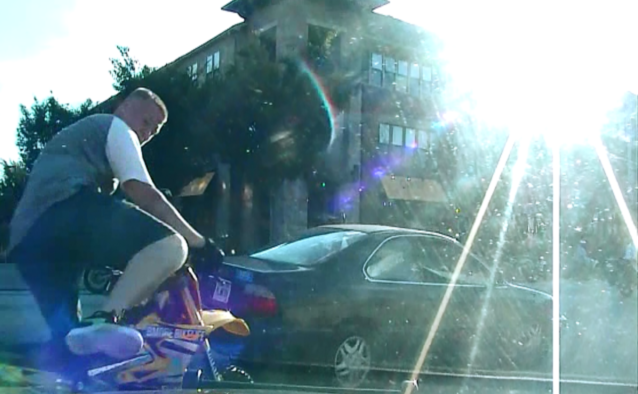 Atlanta Police are asking the public to help find three people they say kicked in the windshield on a patrol car.

Police said in a press release, “on June 28, 2015 an Atlanta Police officer was monitoring a pack of at least 100 ATVs and motorcycles that were driving recklessly and with disregard of traffic laws. The officer attempted to apprehend the driver of a stalled ATV, who fled on foot. While the officer’s vehicle sat unattended, three individuals who were in the pack of ATVs and motorcycles climbed on the hood of the patrol vehicle and began to kick the front windshield, causing extensive damage.”

Atlanta police provided photos of the men involved. They are asking anyone with information to contact Crime Stoppers Atlanta.

Any information on the case can be submitted anonymously to the Crime Stoppers Atlanta tip line at 404-577-TIPS (8477), online www.crimestoppersatlanta.org or by texting CSA and the tip to CRIMES (274637). Persons do not have to give their name or any identifying information to be eligible for the reward of up to $2,000. 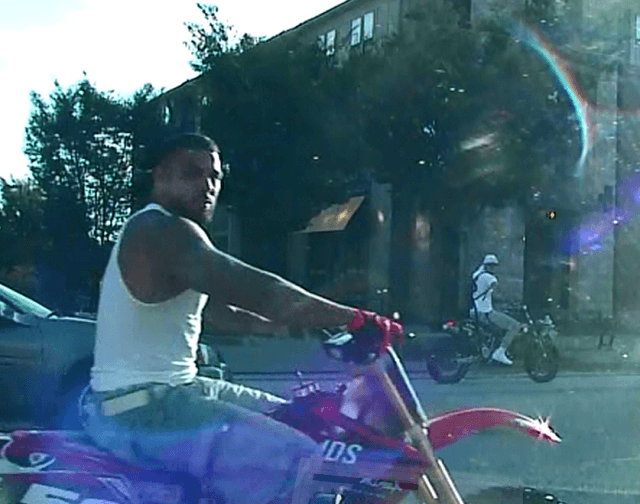 In his report, Officer Jeremy Frasier said he saw drivers doing wheelies and driving on the wrong side of the road near Northside Drive and Marietta Street. He ran after a male pushing a blue ATV off the roadway. Officer Frasier said someone picked up the rider, and when he returned to his patrol car, he saw the windshield had been smashed in.

Last year, Kirkwood residents complained about a dangerous dirt bike rally and called on police to take a stand against illegal rides.

Here is a look at the police report by Officer Frasier.Police Vehicle Damaged: Officer’s Report