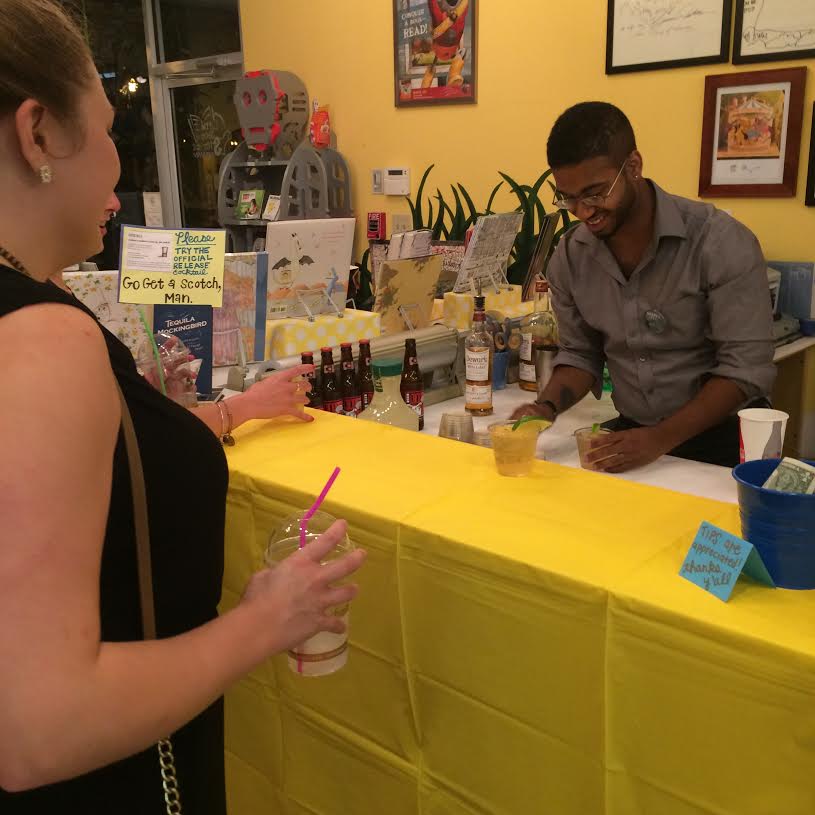 Decatur bookstores reported the much-anticipated Harper Lee book “Go Set a Watchman,” out Tuesday, has been flying off shelves.

Charles Robinson, co-owner of Eagle Eye Book Shop on North Decatur Road, said Tuesday. “Right now we have sold all of our copies that we had available today, by reservations or people coming in off the street.”

“We’re going to have a bunch more copies tomorrow, but unfortunately we’re just tapped out for the day,” Robinson said.

He noted that many customers are also buying “To Kill a Mockingbird,” but most are buying the new Harper Lee novel on its own.

Robinson said when he opened the shop this morning, customers were already standing in line.

Little Shop of Stories in downtown Decatur held a release party from 10 p.m. until midnight Monday for the new book.

“The turnout was really fantastic. We asked people to pre-order to come to the party,” Inventory manager Justin Colussy-Estes said.

He said about 50 people showed up for “To Kill a Mockingbird” trivia, Southern treats, and appropriately-themed cocktails.

“The cocktail was designed by an author named Tim Federle who put out a book collection of cocktails based on the titles of various literary books, and so when this one was announced, he posted this one – it’s called Go Get a Scotch, Man,” Colussy-Estes said. “It was very tasty.”

The name of that book is, fittingly, “Tequila Mockingbird: Cocktails with a Literary Twist,” which the Little Shop of Stories is also selling.

Colussy-Estes said just before midnight the party-goers counted down to the hour and then headed out with their new books.

He said despite the robust crowd, the store has several dozen copies left of “Go Set a Watchman.”

But, he said the store will most definitely have to reorder more copies earlier than expected because of the demand.

Eagle Eye’s Robinson told Decaturish, “We may be the only bookstore in town that has any copies of it tomorrow because the publisher is out of stock on it and all the third party distributors are out of stock on it also. I think it was just a bigger hit than people were anticipating.”

“Today, we’ve had quite a bit of interest in it. People just coming in, asking if we have it,” Little Shop’s Colussy-Estes said. He added, “This young girl came in today. She had read it for school last year and was talking about it with her father and he had never read ‘To Kill a Mockingbird,’ so she was buying him ‘To Kill a Mockingbird’ and ‘Go Set a Watchman’ for herself.”

Here are some more photos from the Little Shop of Stories release party: 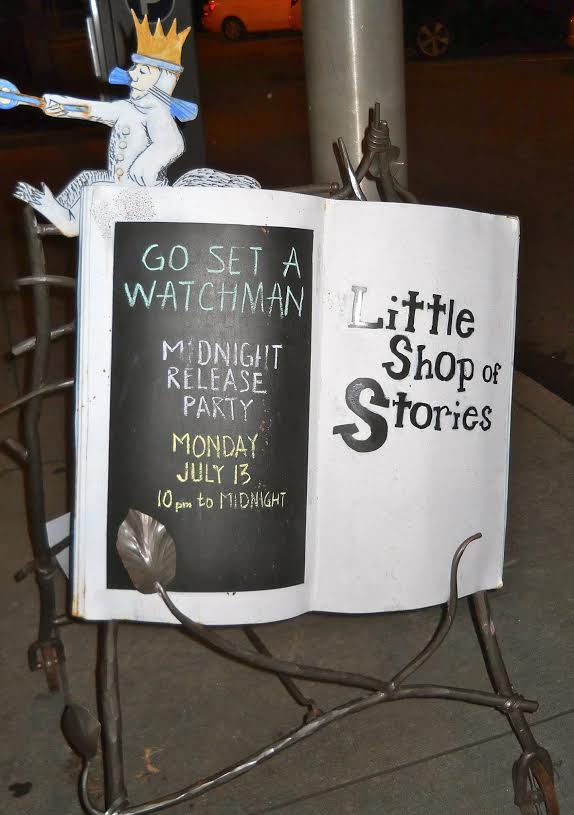 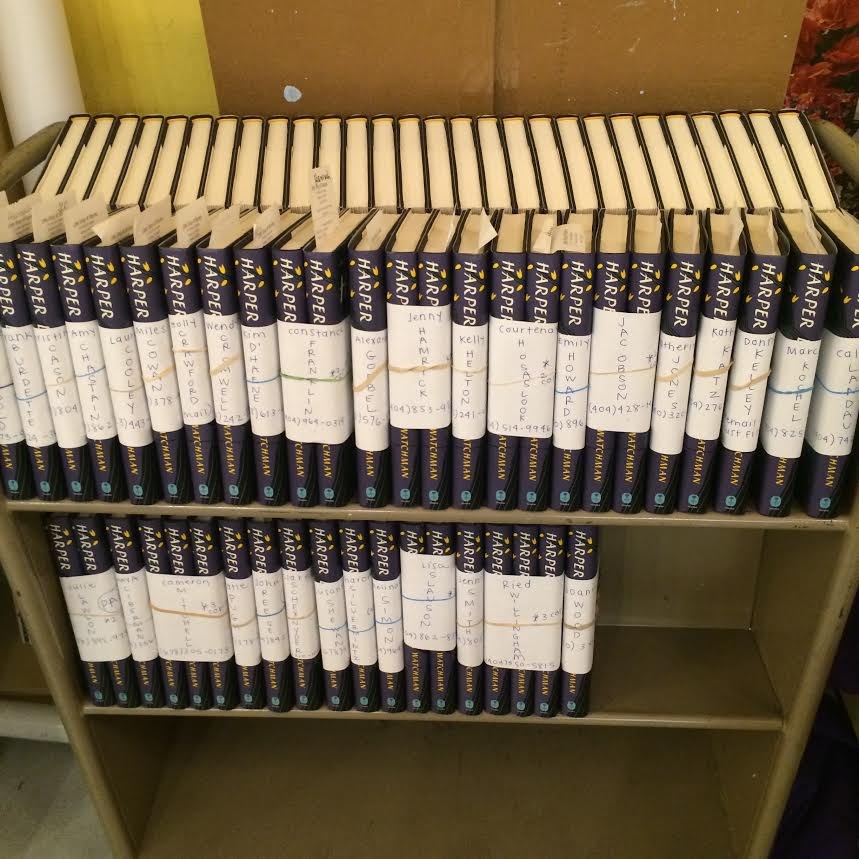 The pre-orders of Harper Lee’s “Go Set a Watchman.” Photo provided by Lindsay Pingel with Little Shop of Stories. 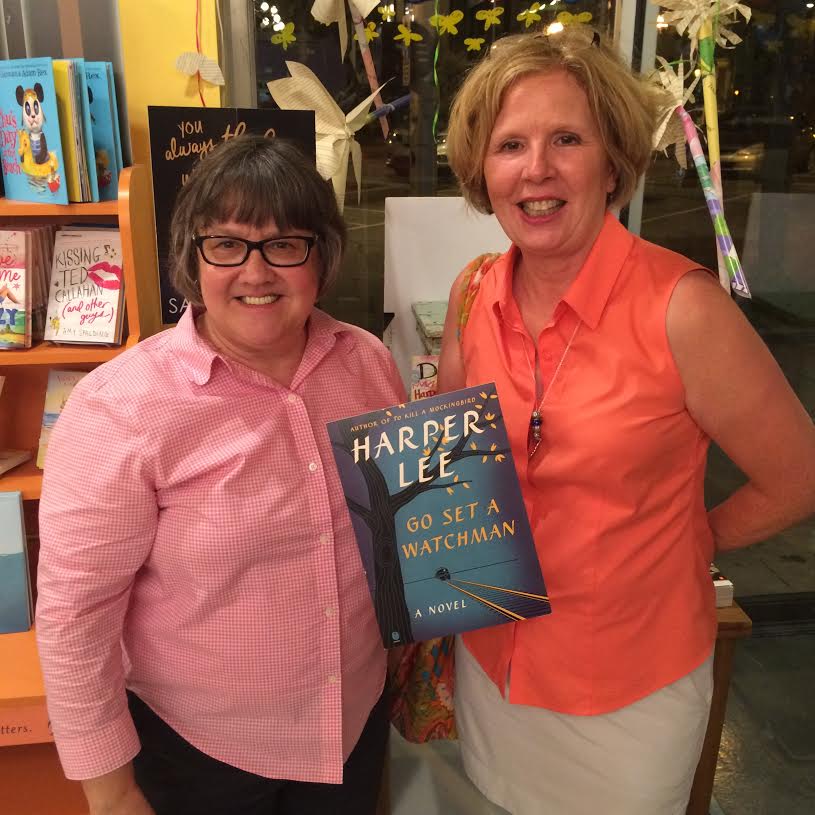 Area bookstores have seen a big demand for Harper Lee’s book “Go Set a Watchman.” They’ve reported they are also selling more copies of “To Kill a Mockingbird.” Photo provided by Lindsay Pingel with Little Shop of Stories.