A woman was robbed in downtown Decatur last week after closing her business for the day.

According to a police report, on July 10 she was exiting one of the businesses on 340 West Ponce de Leon Avenue around 11 p.m. She told officers that she saw the dome light was on in her co-worker’s vehicle and the driver’s-side door was standing open. She continued walking in the parking lot “when she observed a suspect standing in the shadows very close to her vehicle.”

It was determined the suspect also took items from her coworker’s vehicle.

The suspect is described as a black male, with a dark complexion, about 6 feet tall, wearing a black shirt, black pants, and a black mask which covered his face, only exposing his eyes.

Police were unable to locate the suspect.

The email from the city about the robbery was sent to downtown retail and restaurant owners, but not the general public. It is signed by several city officials and reminds business owners they can call the Police Department for an escort if they are nervous about walking to their car after hours.

Here is the email from the city: 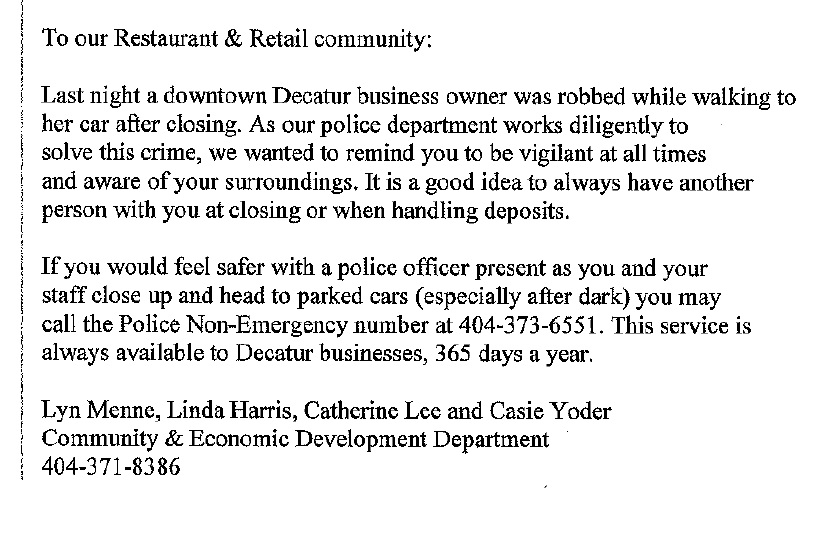