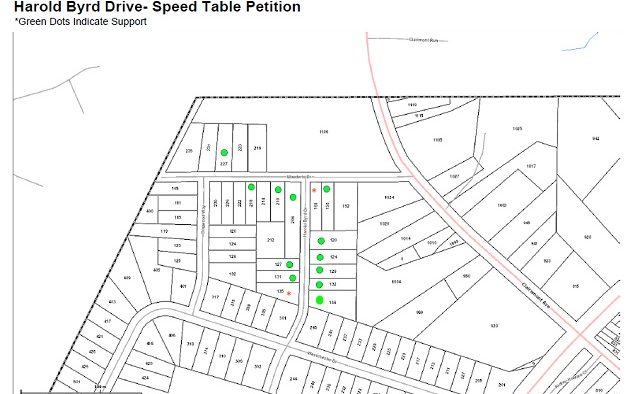 A slide from a presentation about traffic in the Westchester Hills Neighborhood. Source: City of Decatur
Share 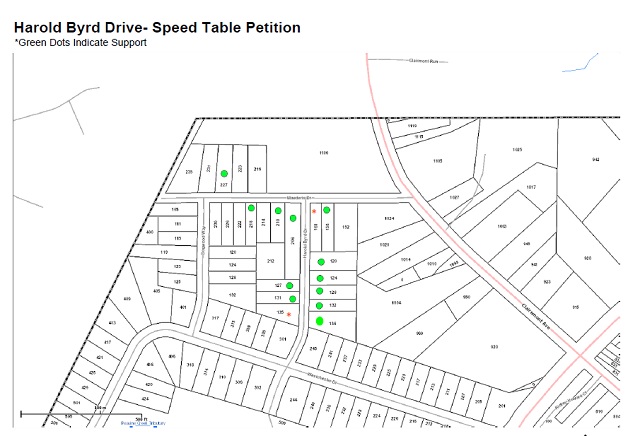 A slide from a presentation about traffic in the Westchester Hills Neighborhood. Source: City of Decatur

Residents living in Decatur’s Westchester Hills neighborhood have convinced the City Commission to install speed tables along a busy street.

According to a memo attached to the July 6 meeting agenda, traffic studies show a high volume of vehicles traveling along Harold Byrd Drive and Maediris Drive.

Commissioners agreed to install two speed tables on Harold Byrd Drive, spaced 175 feet from each intersection and spaced 300 feet apart from each other.

The city’s Traffic Calming Team did not support adding the speed tables.

“The members concluded that vehicles speeds are within reasonable limits and tables would likely not significantly deter vehicle traffic,” the memo says. “Concerns also exist about creating impediments for emergency service vehicles. The team believes the issue of speed tables could be re-visited at a later date once other improvements are in place.”

“We’ve got to do something there,” Mayor Jim Baskett said. “It’s a ridiculous amount of traffic.”

Deputy City Manager Hugh Saxon said each speed table will cost $4,000. He said the work will be part of the city’s annual paving project.

Read more: The full presentation on traffic calming in the Westchester Hills neighborhood.