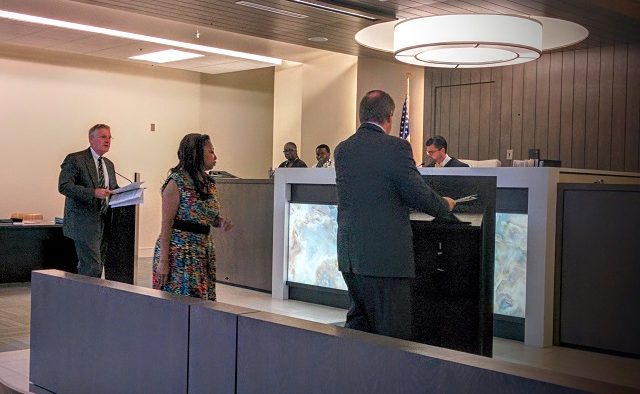 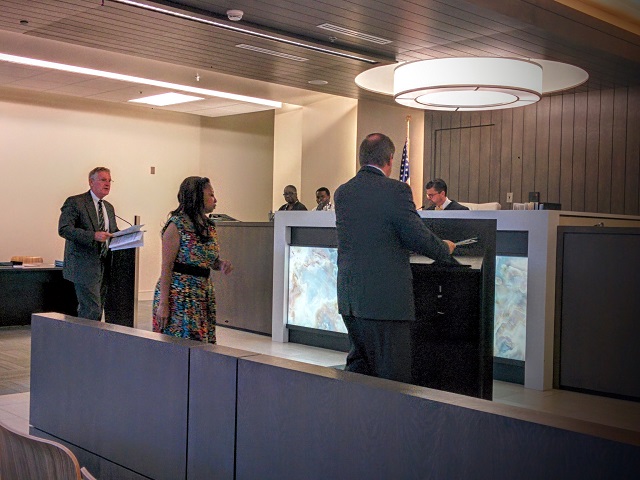 Decatur Mayor Pro Tem Kecia Cunningham pleaded guilty to charges of driving under the influence and was sentenced on July 8.

Cunningham appeared in Decatur City Court before a DeKalb County Magistrate Judge, Matt McCoyd. The judge was filling in for the city judges, who are appointed by the City Commission.

McCoyd accepted the plea and sentenced Cunningham to 12 months probation, a $750 fine and 40 hours of community service. As part of her sentence, she must undergo a drug and alcohol evaluation. She is also supposed to serve one day in jail, but the judge gave Cunningham credit for the time she served after she was arrested on June 11.

He advised Cunningham that she still had the right to a trial on the charges. Cunningham’s attorney said she understood but wanted to put the episode behind her.

“She has taken full responsibility and is prepared to accept the sentence of the court,” her attorney said.

Under the terms of the plea deal, Cunningham will have a limited driving permit because this is her first DUI offense.

Cunningham has served on the City Commission since 1999, was arrested by a Decatur Police Officer shortly after midnight on June 11.

“I observed the Lexus make a wide right turn, enter into the center lane of travel, straddling the dotted white line and jerk back into the curb lane headed westbound,” the officer wrote.

The officer made a U-turn and caught up with the Lexus to observe the behavior of the driver. He saw the Lexus begin to “drift heavily within its lane.” The Lexus moved over into the center lane without using a turn signal.

The officer turned on his lights and the Lexus pulled into the rear parking lot behind Trackside Tavern. The Lexus is a convertible and its top was down during the stop, the officer noted. He said he immediately noticed a strong odor of alcohol when he began talking to Cunningham. When the officer asked her why she didn’t maintain her lane, she explained that “Something happened near my feet.” Cunningham was not wearing any shoes at the time.

Cunningham told officers she was coming from her office on Johnson Ferry Road. The officer asked if she made any stops on the way home, and Cunningham said she’d been to the Capital City Cigar Club, 19 miles outside the Decatur City Limits. She told the officer she’d had a cigar and a glass of wine 45 minutes before the stop.

During the field sobriety test Cunningham was unsteady on her feet. She had trouble taking the walk and turn test, and at one point had to stop walking to regain her balance. Her blood alcohol level was .147. The legal limit in Georgia is .08.

Cunningham later admitted to the officer she had a vodka and cranberry in addition to a glass of wine. The officer found a bottle opener inside the Lexus and a wine cork inside the trunk.

When Decaturish first reported the arrest, Cunningham expressed regret for her actions.

“I accept responsibility and intend to accept the consequences,” she said. “I anticipate this will be handled as any other matter, and I am embarrassed. It’s a personal matter that I’m embarrassed by.”