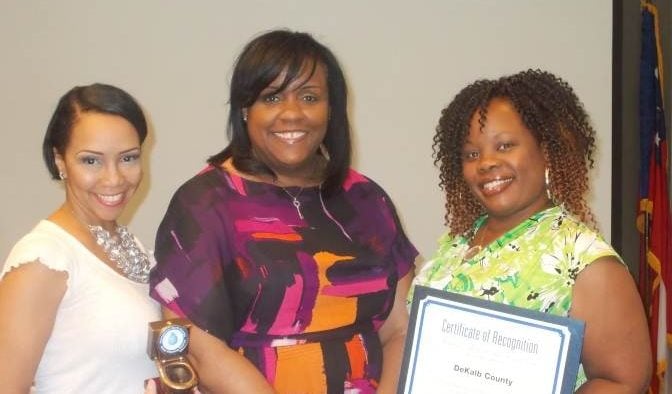 Officials from DeKalb Watershed Management received a certificate of recognition from the Metropolitan North Georgia Water Planning District for exemplary and successful efforts to promote water conservation in the region. Photo and caption provided by DeKalb County
Share 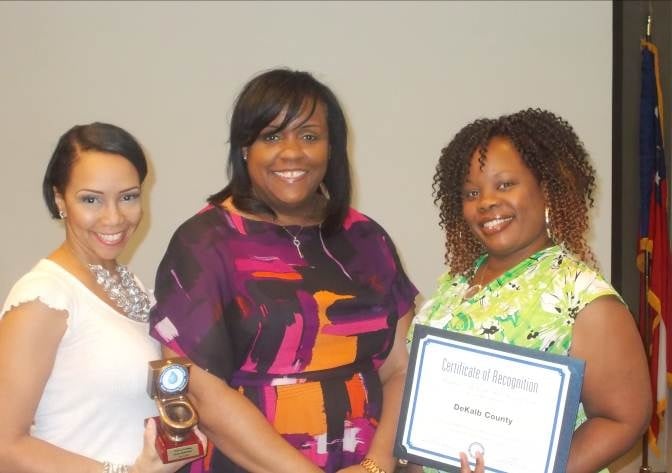 Officials from DeKalb Watershed Management received a certificate of recognition from the Metropolitan North Georgia Water Planning District for exemplary and successful efforts to promote water conservation in the region. Photo and caption provided by DeKalb County

DeKalb County is celebrating the recent recognition of a program that encourages residents to exchange their old toilet for more efficient ones.

In a press release, the county says that the Metropolitan North Georgia Water Planning District presented DeKalb Watershed Management with a certificate of recognition for the toilet rebate program.

“Since the program began in January 2008, DWM has rebated more than 26,000 toilets, the highest number in the metro area,” the county’s press release says. “The district and participating water providers have replaced 100,000 inefficient toilets in metro Atlanta with more efficient models through a retrofit program that began in 2008. This equates to water savings of 2.4 million gallons each day, or about 900 million gallons per year, which is enough to fill 1,363 Olympic-size swimming pools.”

The press release also says that water use in Atlanta has dropped 10 percent while the population has increased by 1 million people. To apply for the rebate program, click here.

DeKalb County water bills have been a subject of dispute among residents who say they’ve been overcharged.

Last year, the county began auditing more than 5,000 homes whose owners said they’d seen bills that showed a dramatic increase in consumption, according to 11 Alive. In one instance, a Dunwoody homeowner who had a $347 bill was able to get it reduced to $93 after she visited the water department, 11 Alive reported.

In May, the county announced major design changes for the water bill that are intended to give customers a clearer picture of how much water they’re using.