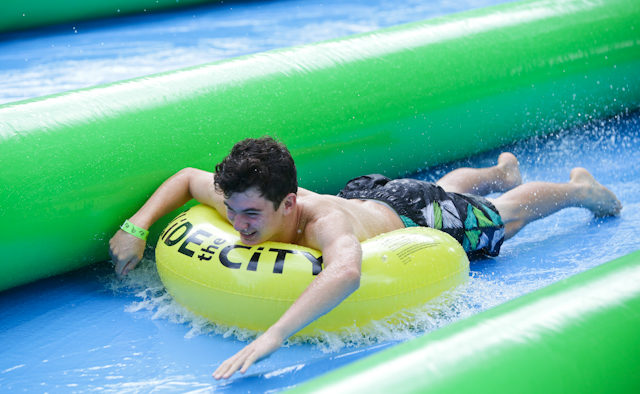 The original Slide the City on July 25 was cut short because of water pressure issues. Photo by Travis Hudgons
Share 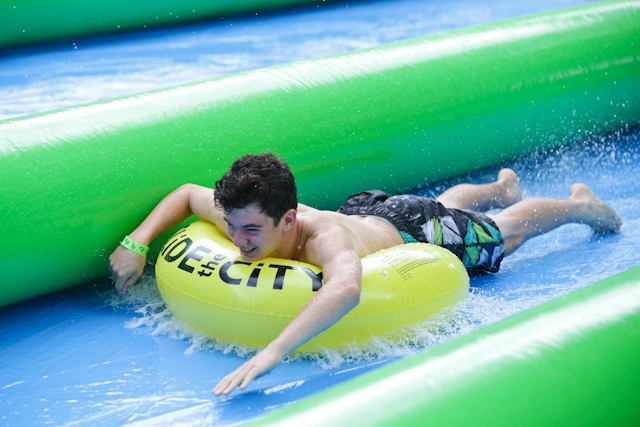 DeKalb County’s water pressure problems over the weekend has put the city of Decatur and the city’s Business Association in an awkward spot.

The city had to shut down the slide early, at 1 p.m. on July 25, due to DeKalb’s inability to resolve a water main leak at Henderson Mill and Evans roads. While some ticket holders were able to ride the 1,000 foot water slide down West Ponce de Leon, many of the other 3,600 ticket holders were left in limbo. The event was supposed to serve as a fundraiser for the Decatur Business Association.

Businesses in Decatur suffered as a result of the water pressure and quality issues, which began on July 23 and weren’t resolved until July 27 when a boil water advisory was finally lifted. Some businesses had to close early and limit their menus because of the inability to guarantee clean water for consumption and washing dishes. The exact losses suffered by local businesses aren’t known at this time.

It’s also unknown whether the city will get a chance at a do-over for the Slide the City event or whether ticket holders will be offered refunds.

“We are in discussions with Slide the City trying to determine if there is a future date that could work to bring it back to Decatur,” spokesperson Casie Yoder said. “An announcement will be made once there is a decision.”