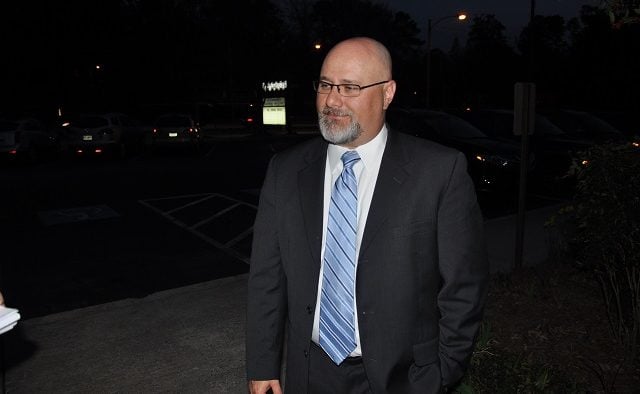 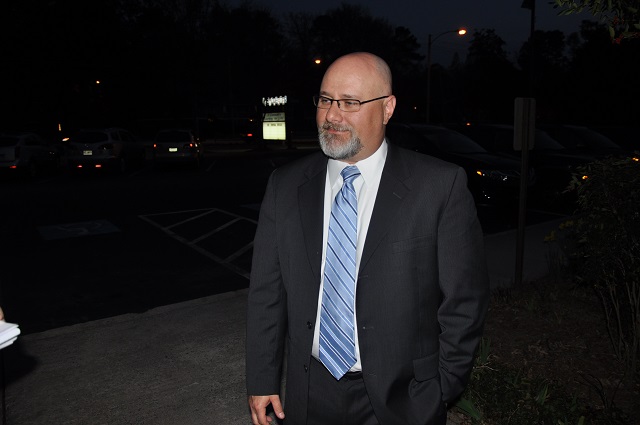 City Schools of Decatur Superintendent Phyllis Edwards has confirmed that Noel Maloof will be leaving as Decatur High Principal one year after taking the job.

He is being promoted to Chief Operating Officer for City Schools of Decatur. Maloof will be succeeded by current DHS assistant principal Arlethea Williams, according to School Board Member Annie Caiola.

His departure comes after a year of clashes with some Decatur High teachers over the leadership of the school. Decaturish has been inquiring about the teachers’ concerns for months, but the particulars have not been disclosed by CSD’s leadership. Teachers involved in the disputes have not responded to repeated requests for comment.

Maloof is replacing Kiawana Kennedy, who left CSD to take a job as assistant superintendent of administrative services for the Griffin-Spalding Board of Education.

When Maloof became principal of the high school, he replaced Lauri McKain after she was promoted to Director of Secondary Education. McKain subsequently resigned that position to take a job with the Atlanta-based Southern Regional Education Board.

Edwards told Decaturish she had posted both the COO and the Director of Secondary Education jobs internally. Edwards recently announced that she would be resigning from City Schools of Decatur, and the School Board is searching for her replacement.

Decaturish asked Edwards why she posted the jobs internally instead of leaving the decision for her successor.

She said, “My contract was signed and indicates that I will be the Superintendent for a portion of this year. It is my responsibility to conduct business as usual. I believe that is what the Board expects me to do.

“The position of Chief Operation Officer is critical and it was vacated rather quickly. I have held off on the Secondary position but it is time to fill the role, especially with a new Principal coming on board.”

The Director of Secondary Education oversees Renfroe Middle and Decatur High. The School Board recently voted to hire Johnathan Clark as Renfroe’s new principal, following the departure of Derrick Thomas, who left Renfroe to take a job with take a job in Henry County Public Schools. Clark is coming to Decatur from DeKalb County Schools.

Throughout Decaturish’s inquiry into the disputes at Decatur High, CSD has provided little information.

We requested copies of grievances or complaints filed against Maloof and/or Edwards. The school system’s attorney declined to provide them.

“The responsive records are annual performance evaluation records that are exempt from disclosure pursuant to (state law),” the school system attorney wrote in a response to the records request.

The school system did provide minutes from the May meeting of the Decatur High School Leadership Team. Those minutes offer a glimpse into some of the tensions at Decatur High over the last year.

During public comments at the meeting, some parents and teachers defended Maloof. They also alleged that DHS teachers were openly conspiring to oust him as DHS principal.

According to the minutes, Terence Johnson, a parent, told the School Leadership Team he had, “Concerns with teachers discussing plans to get rid of the principal in front of students.”

In a follow-up interview about the SLT meeting, Johnson said the frosty relations between some teachers and Maloof were a distraction for students, including his daughter. Johnson said he’d heard complaints that students were upset about being left out of the interview process for hiring teachers, and some parents were upset because they didn’t know about job openings at the school.

“I don’t think there’s any validity to it,” Johnson said of the complaints about Maloof. “I think there’s a small circle that are loud and Noel, to his discredit, has taken the nice guy approach and he’s not holding people accountable for their loose mouths and behavior.”

The tensions at the high school have also leaked into the search for Edwards’ replacement. Brad Draeger with search firm Hazard, Young, Attea & Associates interviewed various members of the community, including parents and CSD staff. He presented his findings from the interviews at the June 9 School Board meeting. Draeger said several interviewees discussed “morale and philosophy” issues at the city’s high school.

At the time, Draeger chalked it up to the recent change in leadership and Decatur only having one high school.