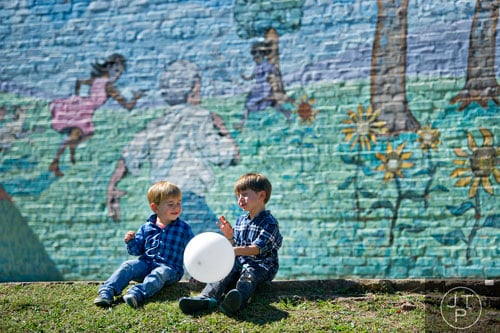 The city’s Oakhurst Streetscape project has forced the Decatur Arts Alliance to scrap plans for its 2015 Oakhurst Arts and Music Festival.

Angie Macon, Executive Director Decatur Arts Alliance, told Decaturish that city officials warned her holding the Oct. 10 festival would be rolling the dice because the streetscape project isn’t finished yet.

“They said it would be a big chance for me to hire musicians and all the infrastructure and planning and sponsorships,” Macon said. “We’d be putting a lot out there.”

When the project is finished, it will transform the heart of Oakhurst at the intersections of Oakview Road, East Lake Drive, West Hill Street and West Benson Street. In addition to increasing the size of Harmony Park, there will be new sidewalks, lighting, and trees along the roads.

Harmony Park has traditionally been the center of the action for the Oakhurst Arts festival, Macon said. She said the Arts Alliance will use the downtime to revisit the festival’s structure, soliciting input from the community. She said the festival might want to focus on a festival that better reflects “the current neighborhood of Oakhurst.”

“This is a great opportunity for us to take a step back and see what the community wants,” Macon said.