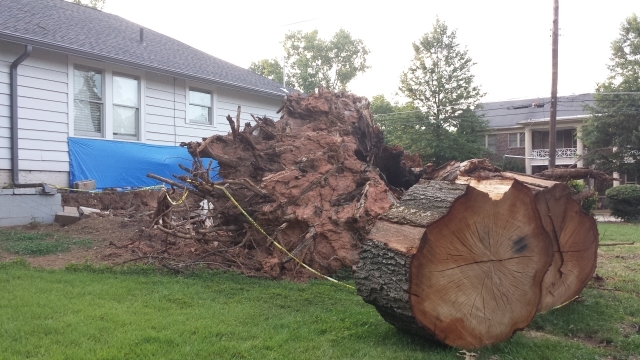 The massive trunk of the 300-yr-old tree and two remnants that Trinity Title owner Larry McDonald hopes to have turned into a memorial. Photo on July 16, 2015 by Dena Mellick

A Decatur law firm was forced to temporarily move offices while repairs get under way to fix damage left by a 300-year-old red oak tree that fell in June.

The historic tree barely missed a man who was working at Trinity Title Insurance’s offices on East Ponce De Leon Avenue. The giant oak came down during a storm on June 18.

Larry McDaniel, founder and principal owner of Trinity Title Insurance, said the operation was moving this week to temporary offices in the Fidelity Bank building.

He told Decaturish he is still awaiting an engineers’ report on the repair work. McDaniel said they are also trying to determine how to dispose of the massive stump. He said a 20-ton crane tried to remove the stump previously and was unable to lift it.

McDaniel previously told Decaturish that a flag pole, installed by his father who bought the building with him 28 years ago, actually helped prevent more damage. “The flag pole that my dad had built 20-some odd years ago and installed right by that front corner is now in the shape of a “C”… that helped deflect some of it too when it went down,” McDaniel said.

You can see the flag pole curved into the building in the photos below. 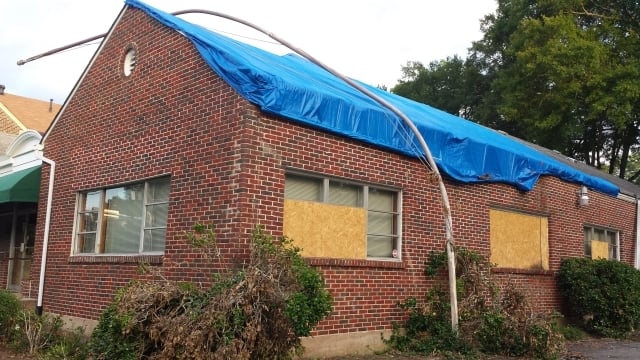 McDaniel said the flag pole, installed by his father, helped deflect some of the tree when it came down. Photo on July 16, 2015 by Dena Mellick 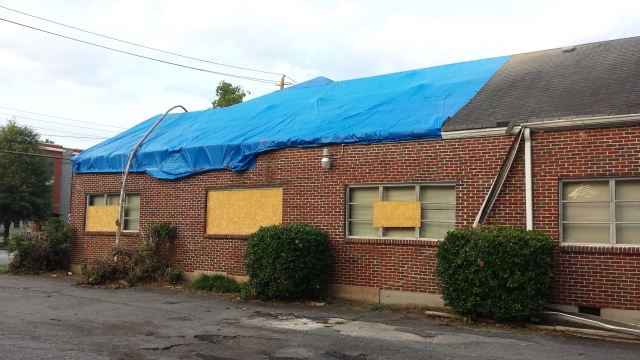 Trinity Title Insurance has been forced to temporarily move offices while repair work is done on the building on E Ponce De Leon Ave. Photo on July 16, 2015 by Dena Mellick 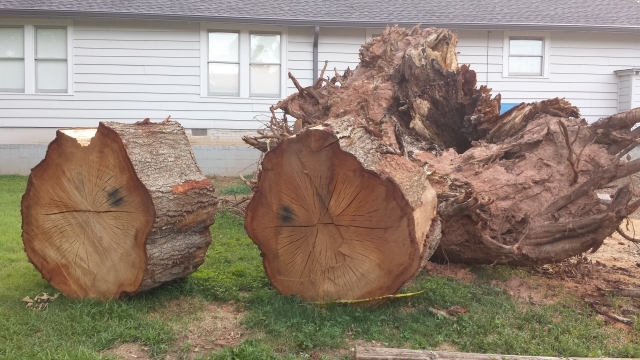 McDaniel requested the tree removal company leave these two sections of the tree, so he can have two memorials made: one for the tree and one for his late father. Photo on July 16, 2015 by Dena Mellick