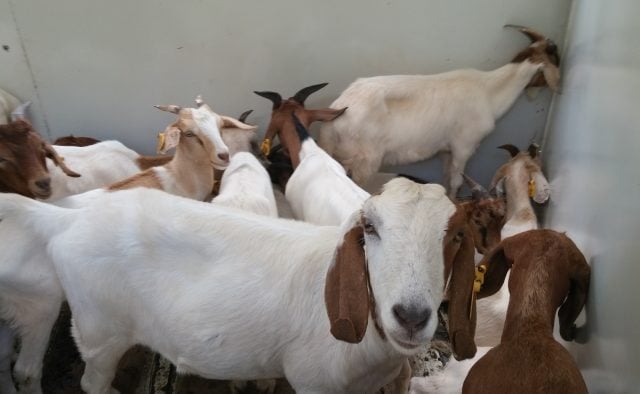 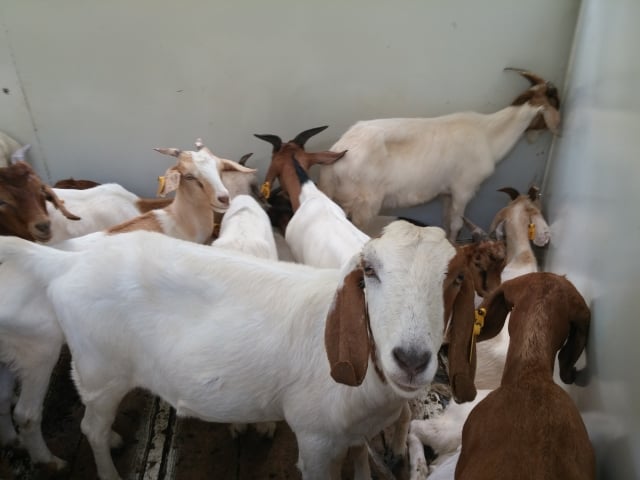 Murphy said Get Your Goat brought in about 30 goats to eat the overgrowth on his Decatur property. Photo by TJ Murphy

Watching baby goats on YouTube can be a great entertainment. More Decatur and metro Atlanta residents are watching goats live in their own yards – but it’s not just for the entertainment value.

Goats are being put to work on yard clean-up duty. Decatur resident TJ Murphy said his back yard had gotten unruly, and so he contacted a company called Get Your Goat Rentals.

Murphy said he estimated he had a couple tons of vegetation that needed attention, so he was surprised when Michael Swanson told him it would only take about seven days with 20 goats.

Murphy said in an email, “Michael quoted me $200/day. He showed up with about 30 goats. I figured I’d spend that much renting a brush hog and hiring someone else to come in and do it as properly as these goats are getting it done. It’s fun to watch the goats and to see just how much work they do.”

Decaturish reached out to Get Your Goat and asked Swanson if utilizing goats was a recent occurrence.

“Goats have been used for clearing for a very long time,” Swanson said in an email. “Within the past 10 years or so, using goats in residential areas has been catching on as an environmentally-friendly alternative to using large machinery or chemicals to clear. We definitely have a lot of clients in the Decatur area.”

Swanson said right now his company has 115 goats divided into four herds working in metro Atlanta – three of which are in Decatur. The goats stay on site 24/7 and then move on to the next job.

“Goats eat up to 10 pounds of greens per goat per day,” Swanson said. “Jobs are priced based on the number of days it will take to clear the property. There is a $250 transportation/set up fee and a $200/day charge for a herd of 20-30 goats.”

Murphy said before Get Your Goat arrived at his house, he heard the sounds of farm animals in his neighbor’s yard.

“When Michael showed up to look at my job, he and I got over to the fence where he informed me that Pam had short-haired sheep breed, not goats,” Murphy said. “Her weeds, which were as bad as mine, were all gone. And Michael said his goats could do the same for me.”

Decatur Cemetery recently employed sheep to do some yard work there. So what’s the difference between goats and sheep on clean-up duty?

“A main difference between the two is how they forage,” Swanson explained. “Sheep are grazers; they ramble slowly eating short plants close to the ground. Goats are browsers; they look for leaves, privet, ivy, kudzu, twigs, vines, shrubs etc. Their agility allows them to attain charming positions in pursuit of their forage. And, we think goats are just more fun!”

Murphy said the goats are almost finished and only have some English ivy to eat up. He also said his dog quickly got used to the farm animals after being a little fearful initially. Murphy noted that Swanson brought in a dog to guard the herd, so for now, his dog is staying inside until the clean-up is done and there is a clear path to play fetch.

Here are more photos of the goats at work provided by Murphy:

Goats from Get Your Goat Rentals clean up TJ Murphy’s yard. Photo by TJ Murphy 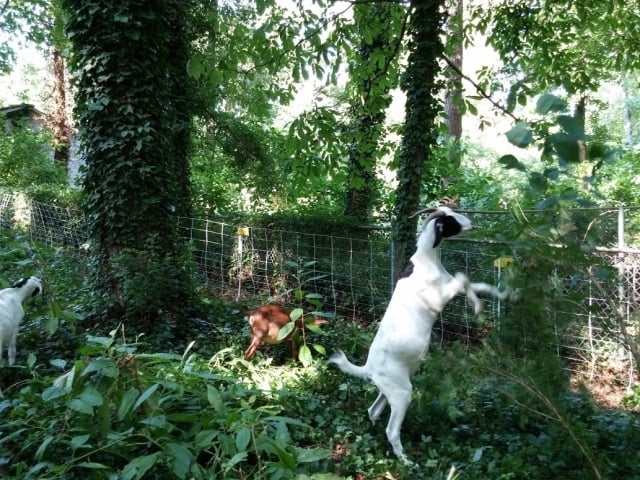 Murphy said the goats cleaning his yard are fun to watch. Photo by TJ Murphy 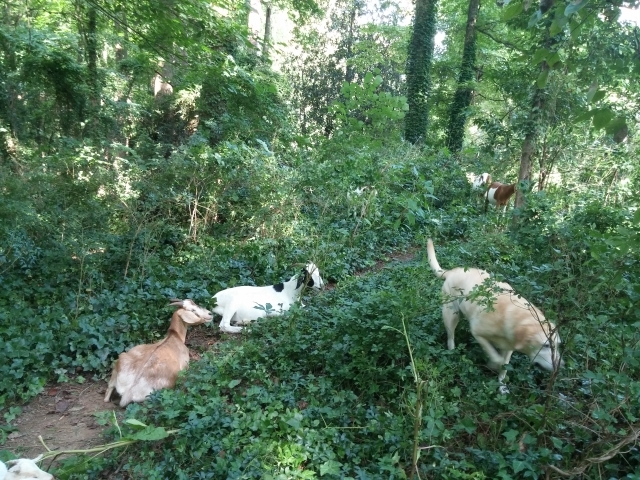 Murphy said after initially being skittish, his dog got used to the visitors. Photo by TJ Murphy 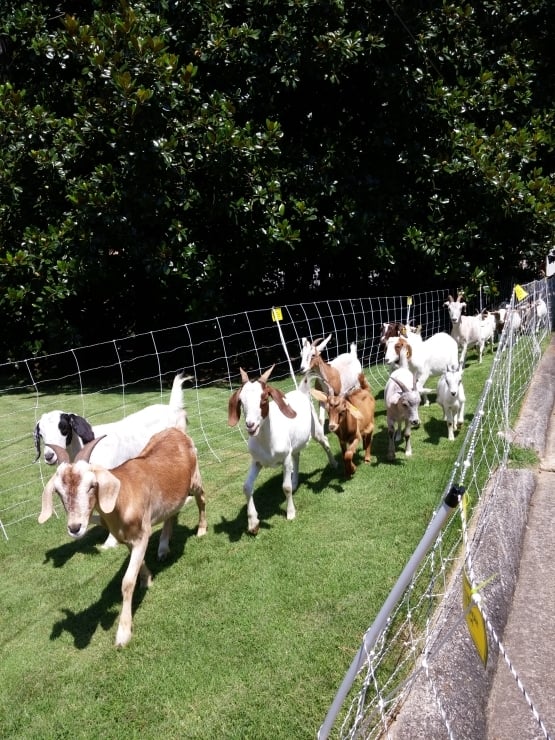 A parade of goats goes to work. Photo by TJ Murphy 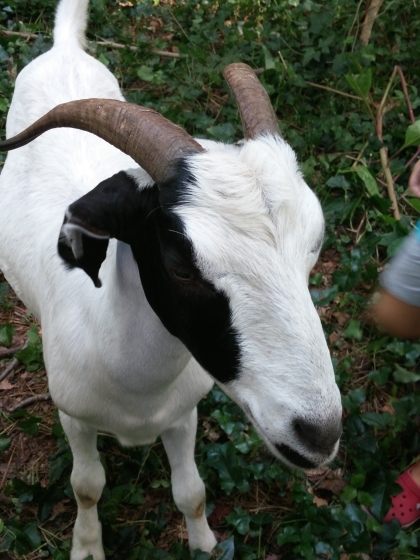 Swanson said goats eat up to 10 pounds of greens per goat per day. Photo by TJ Murphy