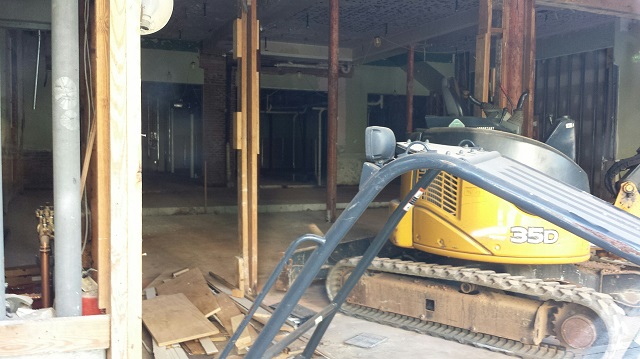 Associate Editor Dena Mellick was out and about this morning and snapped a few photos.

Construction of a Waffle House under Eddie’s Attic began this Spring and is still underway, after hitting a slight snag.

According to the city, last month it was discovered “that all of the brick had been removed on the lower floor.” There was a plan to conduct more exploratory work on the second floor to see if there was any brick under the stucco covering.

The city is also trying to give its poor grass covering the Square a little room to breathe. Currently there’s fencing and signs encouraging residents and visitors to keep to the sidewalks to allow grass to grow on some of the barren spots. 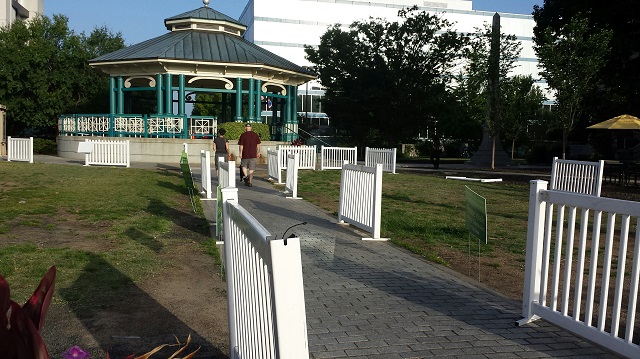 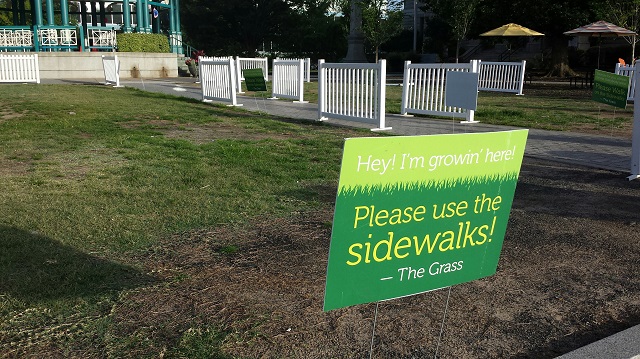 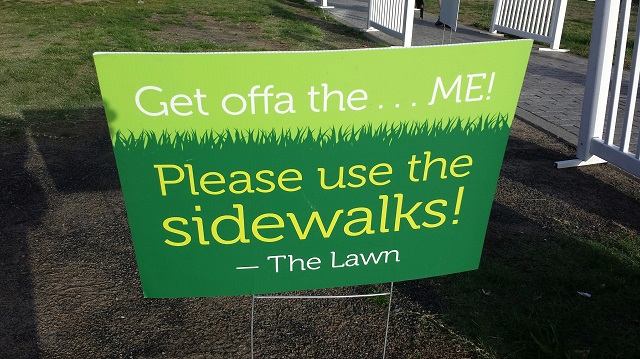 Keeping the grass growing on Decatur’s most popular attraction has proved challenging for the city. Last year, the city of Decatur City Commission asked about the problem.

“Weren’t we supposed to get some kind of grass that was just going to be great and look beautiful all the time,” Boykin asked last July.

Assistant City Manager David Junger said at the time a city contractor would visit the Square to fertilize and top dress it.

Boykin replied that in some places the lawn on the Square “looks like dirt.”

“I don’t know what top dressing is going to do for that,” he said.

“I think one of the things that we found out, just in bringing the landscape architect back, last summer was a very wet and relatively cool summer and it just never had a chance to get established,” she said last July.

Decatur’s festivals and events like the July 4 fireworks display continue to take their toll on the city’s lawn, it seems. But at least the signs are cute.