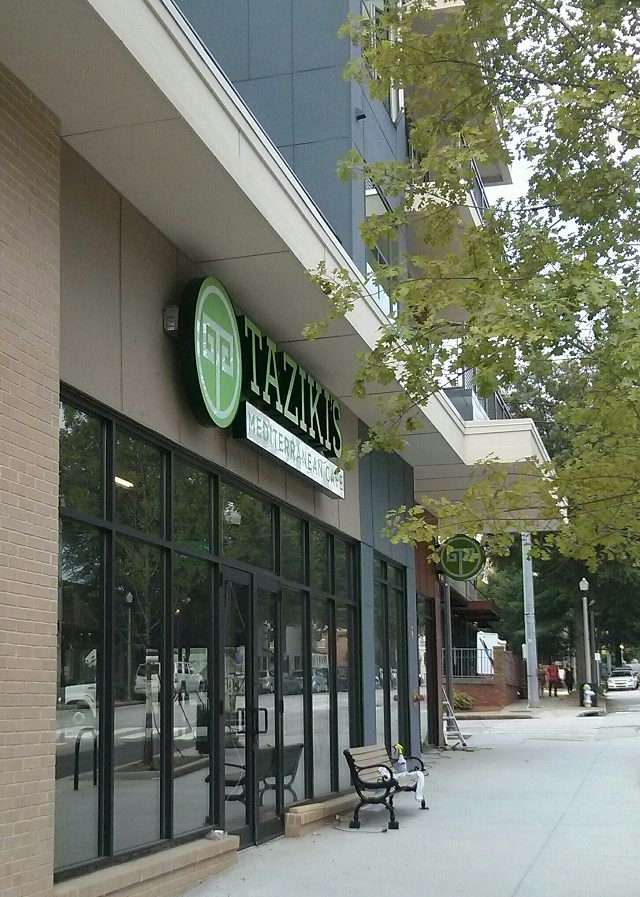 Taziki’s Mediterranean Cafe’s signs are up in Decatur. Reader-submitted photo.

A reader pointed out that signs are already up for Taziki’s Mediterranean Cafe’ slated for 315 West Ponce.

But a rep for the company told Decaturish that the opening of the business is still a few months away.

Seth Williams, Vice President of Marketing for the Alabama-based chain, said that there’s work that needs to be done inside the building.

“We don’t expect to be able to start our build out until late august,” Williams said. “Best case scenario (for opening is) mid-to-late November. There are still some issues permitting and things with the city before we get started. I’m surprised they put the signs up. It wasn’t that long ago they approved all that.”

Williams said the company has other locations planned for the Atlanta-area too, including a Toco Hills store and a store in Lenox Square in Buckhead.

Other businesses expected to go in 315 West Ponce include Highland Bakery and Orangetheory Fitness.