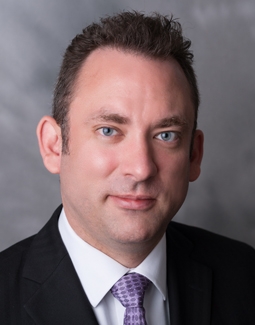 James Johnson, a local attorney, has entered the race for District 2 City Commission.

Johnson said a more formal announcement will be forthcoming. Johnson is with the  Knight Johnson firm.

According to the biography on his company webpage:

Mr. Johnson is a trial lawyer who focuses his practice on commercial litigation with an emphasis on real estate, lending, and construction disputes. Mr. Johnson represents and advises regional and national clients in litigation involving contract and payment disputes, shareholder and partnership disputes, and business divorces. Prior to forming Knight Johnson, Mr. Johnson worked for the law firm of Morris, Manning, and Martin. Mr. Johnson has been recognized by Super Lawyers and Atlanta Magazine as a Super Lawyer Rising Star in Business Litigation for 2012, 2013, 2014, and 2015. He was also recognized as one of Georgia’s “Legal Elite” in Business Litigation by Georgia Trends Magazine in 2010, 2011 and 2012.

Brian Smith, the current chairman of the city of Decatur’s Zoning Board of Appeals, has also announced his intention to run for the District 2 seat. The seat was previously held by Kecia Cunningham, who recently resigned.

The city commission elections will be Nov. 3.