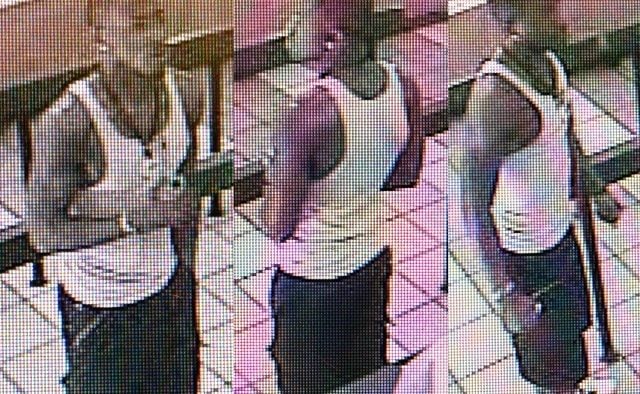 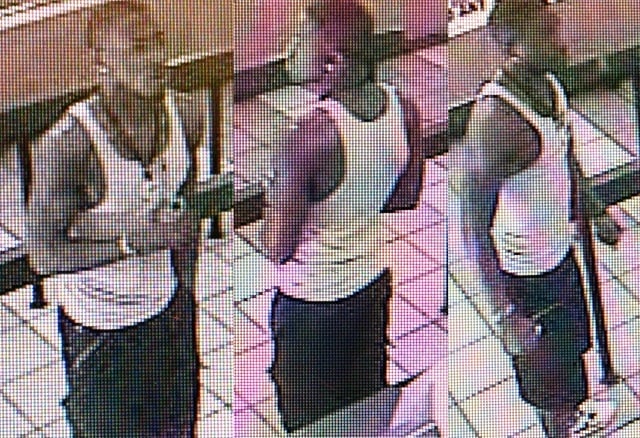 The Decatur Police Department is attempting to identify the male in the attached photos regarding a series of burglaries that occurred in the Decatur Heights area on Friday, August 7, 2015.  If you recognize the male in the photos or have any additional information, please contact Sgt. Amy Hall at[email protected] or 678/553-6657.  You may also submit anonymous tips to Crime Stoppers by calling 404/577-TIPS (8477), texting tips to “CRIMES” (274637) or online at http://www.crimestoppersatlanta.org/.

As previously reported by Decaturish, several different homes around Ridgeland Avenue and Lockwood Terrace were visited by a burglar on the evening of Friday, Aug. 7.

According to police Lt. Jennifer Ross, officers responded to a burglary in the 100 block of Ridgeland at 6:58 p.m on Friday.

“The victim reported he was upstairs inside of his residence when he heard his door alarm chime,” Ross said. “He walked down the stairs when he heard the door alarm chime again.  He checked the front door and it was locked. He walked towards the back door and he could see a black male walking down his rear deck stairs.  The male was wearing a light colored tank top and dark shorts.”

The victim followed the suspect and saw him running on Sycamore Drive. Officers noticed there was forced entry into the rear kitchen window. They saw pry marks on the window and the lock was damaged, Ross said. The back door had been unlocked before the incident happened, the victim told the officer.

Other witnesses and callers told officers they saw a black male, about 5’10 and 180 lbs, with a dark complexion wearing a gray tank top and black cargo shorts “lurking around the rear window of a home in the 500 block of Sycamore Drive,” Ross said.

The witnesses watched the suspect and saw him crouch near a bush behind a home. That’s when they called police, Ross said. The suspect got up and walked northbound on Sycamore Drive.

“While waiting on the police to arrive, they observed the male coming from the area of Ridgeland Avenue toward Sycamore Drive,” Ross said. “Witnesses heard the male saying ‘I got to go to work’ repeatedly as he was running away and saw that he had a pair of needle nose pliers in his hands.”

Ross said that a little later, at 7:31 p.m., police responded to a call of a male exiting a rear window of a home in the 300 block of Lockwood Terrace.