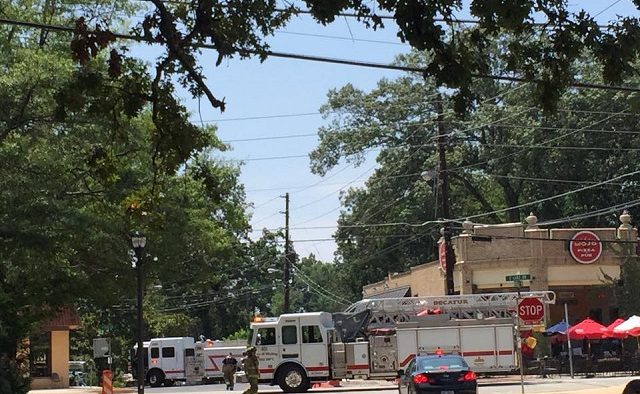 Crews have repaired a gas leak in Oakhurst that shutdown local businesses and detoured drivers on Friday afternoon, Aug. 14.

“Earlier (Aug. 14), CMES, Inc. broke a 4-inch gas line while excavating an area for a rain garden near the intersection of East Lake Drive and Fayetteville Road,” Saxon said via email. “Atlanta Gas Light is on the scene and is making repairs. The intersection will be closed to all traffic until repairs are completed.”

At 6 p.m. Friday evening, Saxon said, “The gas has been turned off and the break is being repaired. According to AGL, it should be fixed in the next hour or so.” The city later reported that the leak had been repaired and the intersection reopened.

City Schools of Decatur had to reroute student walking and bus routes home from school.

There is currently a gas leak in Oakhurst near the intersection of Oakview and East Lake.  All schools including Oakhurst and 4-5 will dismiss as normal.  We will divert bus routes to avoid this intersection. Please be at bus stops to retrieve your children.  You may also meet your walkers at schools to take alternate routes home.

One reader told Decaturish that customers were evacuated from Universal Joint.

“The U-Joint staff … was awesome at getting everyone out and about the whole thing,” the reader added. “Kudos to them.”

Another reader sent in this photo … 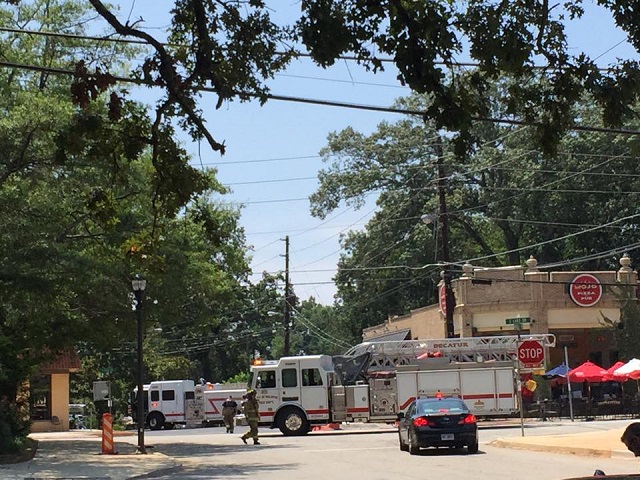