Q&A: What’s going on with the grassy area at Commerce and Trinity?

Q&A: What’s going on with the grassy area at Commerce and Trinity? 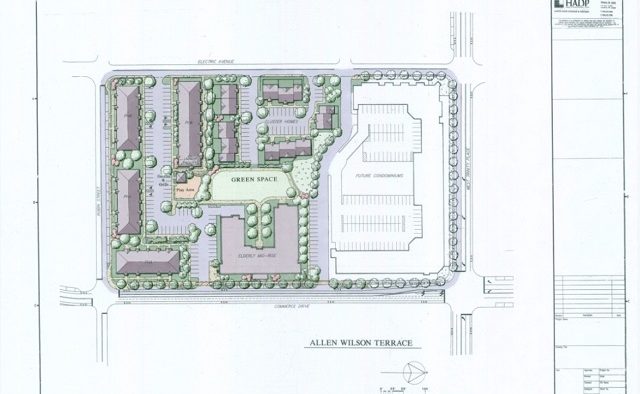 Decaturish reader Rachel Ellis reached out to us with a question:

I’m wondering if you know anything about the lot that used to have Housing Authority apartments on it, at the corner of Commerce and Trinity? Have you heard of any plans for the space? I’ve asked around, but no one seems to know.

The property, which is part of the Allen Wilson revitalization project, is being redeveloped to include market-rate housing. We reached out to Doug Faust, Executive Director of the Decatur Housing Authority. Faust provided a summary of what’s going on at the Allen Wilson site, and included a photo attachment with his reply.

ALLEN WILSON PHASE IV –The final phase of revitalization for the Allen Wilson community will be a market-based housing component constructed on approximately 2.88 acres of land along West Trinity Place in Decatur, Georgia.  This final phase of development will complement the previous three phases of affordable housing, comprised of family and elderly housing, by bringing a market-based component to the site and completing the DHA master planned community.

The preliminary development strategy concept includes the construction of a single U-shaped building of 3 to 4 stories fronting West Trinity Place consisting of 120 to 150 units with possibly 20 percent of the units as affordable workforce housing.  Unit distribution is likely to be one, two, and three bedroom units.  The building will have frontage along Commerce Drive, West Trinity Place, and Electric Avenue as shown in the concept drawing below with parking in the rear.  The building will contain the amenities of other market rate housing.

It is not known at this time whether the units will be condominium-type ownership or another ownership structure.  DHA will revisit the development approach as the financial markets continue to improve and housing demand increases. 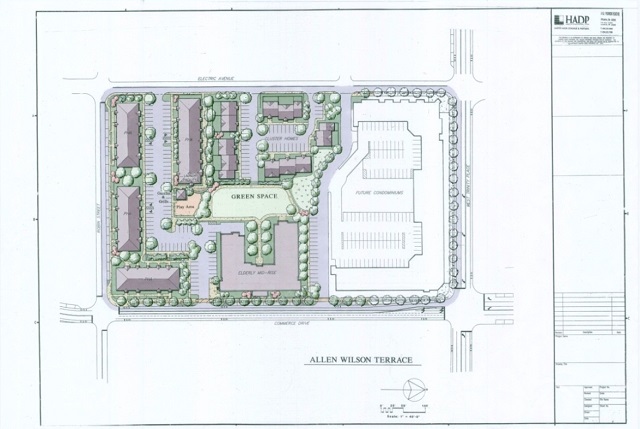 So, as I read it, they will replace the housing that was there with updated newer facilities, like they have done with the other units?

Yes. The concept was to create a mixed income community with the addition of these new construction market rate units.

Got a question you want answered? Ask us: [email protected]