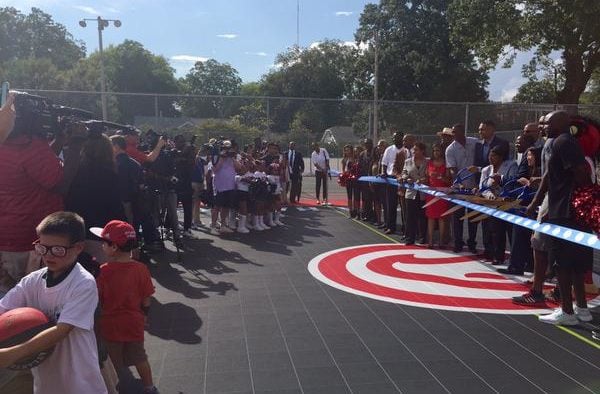 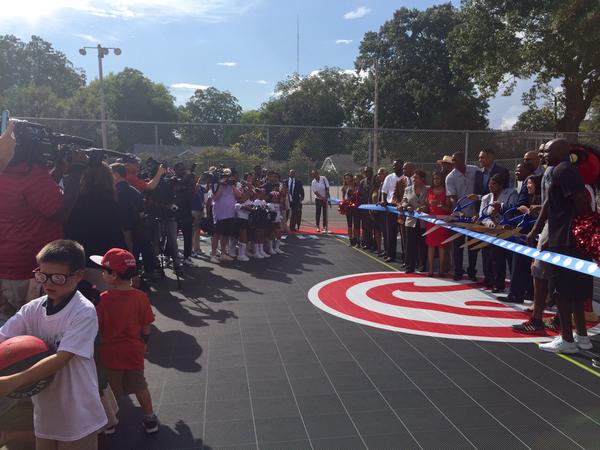 Photo of the new basketball court, provided by John Weber

Officials with the city of Atlanta and the Atlanta Hawks basketball team were on hand Sept. 9 to dedicate a Hawks-themed basketball court at Bessie Branham Park in Kirkwood.

The court will be located at the Bessie Branham Center of Hope at 2051 Delano Dr., NE.

“Funded by the Atlanta Hawks Foundation, the outdoor basketball court features the Hawks’ new red, black and neon green uniform colors, and is available for Center of Hope youth participants and local residents to enjoy,” a press release from the city says. “This is the second of three renovation projects that the Atlanta Hawks Foundation has committed to completing in partnership with the City of Atlanta.”

The Center of Hope re-opened in 2011 and serves the youth of the Kirkwood community, offering after school programs and summer camps. The Hawks were also involved in renovating a teen space at the Center of Hope in Pittman Park, the press release says.

“There is no more important cause than securing a better future for our children and grandchildren,” Mayor Kasim Reed said in the press release. “That is why I’m proud to be working with the Atlanta Hawks to give our Centers of Hope the tools and facilities they need to better serve our young people.”