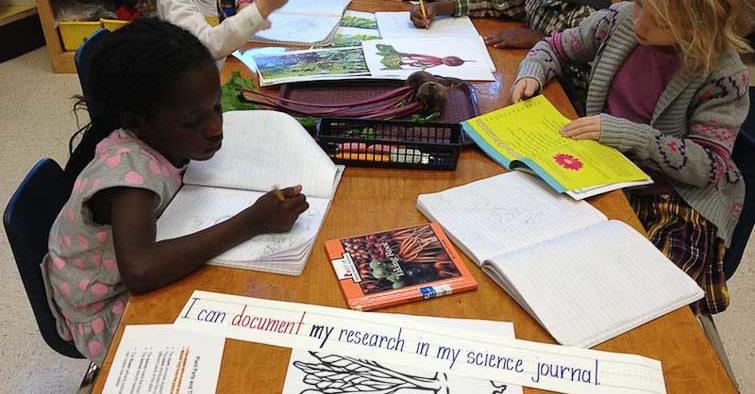 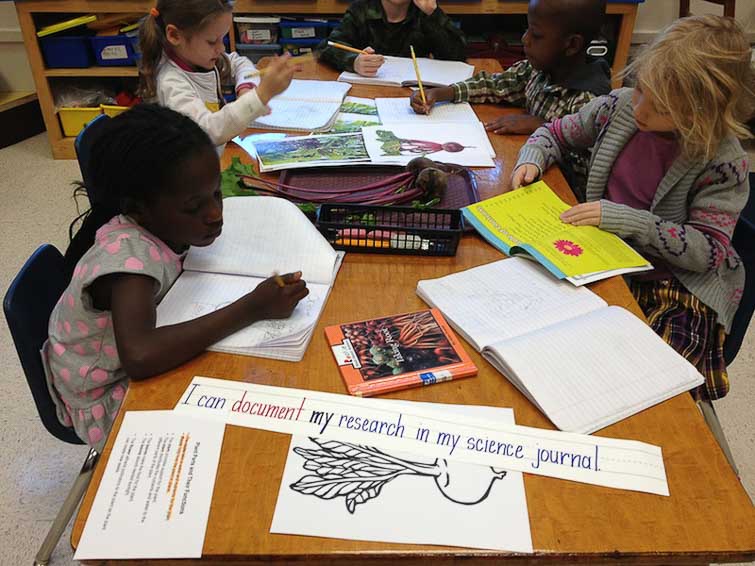 City Schools of Decatur announced on Tuesday, Sept. 29, that Clairemont Elementary has been recognized as a 2015 National Blue Ribbon School by the U.S. Secretary of Education.

“National Blue Ribbon status is based on overall academic excellence or progress in closing achievement gaps among student subgroups,” a press release from City Schools of Decatur says.

The release says eight Georgia Public Schools were among the 335 named this year.

“City Schools of Decatur has the vision of being one of the top ten school districts in the nation and we are often asked how this vision will be measured. Clairemont receiving the National Blue Ribbon School title is validation that we are reaching this goal. Clearly, this is because of the commitment and success of our amazing principals, students and teachers,” Superintendent Phyllis Edwards said in a press release.

On the National Blue Ribbon Schools website, an official with Clairemont Elementary described how school staff implements the school’s motto: “Learning Together with Our Heads, Hearts and Hands.”

Through our implementation of the Expeditionary Learning model, students are deeply engaged in interdisciplinary expeditions that culminate in a final product and serve an indentified purpose within our community. In addition to using the greater Atlanta area for fieldwork, we invite local experts from the community in order to learn from their experiences first hand. This is our eleventh year as an Expeditionary Learning school and our fourth year as a national Expeditionary Learning mentor school. In this role, we host teachers and leaders from across the country, serving as an exemplar for high quality teaching and learning. Along with interdisciplinary expeditions, we deeply focus on the concept of crew. We celebrate our successes and mistakes together. Students are acknowledged for demonstrating habits of scholarship and acts of kindness. School-wide and classroom crew meetings are an essential part of our schools culture. Crew meetings help to cultivate a positive environment and start to each students day. Clairemont values performance traits such as perseverance, craftsmanship and collaboration. We believe these qualities lead to an academic mindset that supports students as they tackle the rigor of the Common Core State Standards. Being a Clairemont student means working together, taking care of one another and caring about doing great work. We acknowledge and celebrate students for demonstrating these work habits because we believe this is an integral part of academic success.

Here is the full press release from City Schools of Decatur:

U.S. Secretary of Education Arne Duncan today recognized Clairemont Elementary School as one of the 335 National Blue Ribbon Schools for 2015. National Blue Ribbon status is based on overall academic excellence or progress in closing achievement gaps among student subgroups.

“This honor recognizes your students’ accomplishments and the hard work and dedication that went into their success,” Duncan said in a video message to the awardees. “Your journey has taught you collaboration, intentional instruction, and strong relationships in school and with your community. You represent excellence-in vision, in implementation, and in results-and we want to learn as much as we can from you.”

“City Schools of Decatur has the vision of being one of the top ten school districts in the nation and we are often asked how this vision will be measured. Clairemont receiving the National Blue Ribbon School title is validation that we are reaching this goal. Clearly, this is because of the commitment and success of our amazing principals, students and teachers,” said Superintendent Dr. Phyllis Edwards. “I join Secretary Duncan in congratulating Principal Erin (Wheeler) Gutfreund and the Clairemont staff, parents and students!”

National Blue Ribbon Schools demonstrate that all students can achieve to high levels and are recognized in one of two performance categories, based on all student scores, subgroup student scores and graduation rates:

*Exemplary High Performing Schools are among their state’s highest performing schools as measured by state assessments or nationally-normed tests. Student subgroup performance and high school graduation rates are also at the highest levels.

*Exemplary Achievement Gap Closing Schools are among their state’s highest performing schools in closing achievement gaps between a school’s subgroups and all students over the past five years. Student subgroup performance and high school graduation rates for each subgroup are at high levels.

Clairemont Elementary is recognized in the Exemplary High Performing Schools category. Clairemont has demonstrated tremendous success on Georgia’s College and Career Ready Performance Index (CCRPI) ranking in the top ten for all Georgia schools for the last two years. In addition, Measures of Academic Progress (MAP) scores have specifically illustrated student growth over the past four years.

“I cannot express enough how proud and excited I am about the work of the Clairemont Crew-students, staff and families. I am confident that we are a community that perseveres, pushes, fights and hopes for every one of our students, no matter what awards come our way,” said Clairemont Principal Erin (Wheeler) Gutfreund. “With the roll out of the Common Core State Standards (CCSS), Clairemont staff members have taken a deep dive into the standards and studied the CCSS Instructional Shifts. This has led to more challenging and meaningful work for our students. However, the most exciting part of the work is to see how our students are partnering with teachers to raise the bar for themselves. Our students work very hard, demonstrating perseverance and commitment to learning every day.”

The Department will honor 285 public and 50 private schools at a recognition ceremony on Nov. 9-10 in Washington, D.C. In its 33-year history, the National Blue Ribbon Schools Program has bestowed this coveted award on more than 8,000 of America’s schools. The award plaque affirms the hard work of students, educators, families and communities in creating safe and welcoming schools where students master challenging content. The award flag gracing a school’s building is a widely recognized symbol of exemplary teaching and learning.

The Department invites National Blue Ribbon School nominations from the top education official in every state, the District of Columbia, Puerto Rico, the Virgin Islands, the Department of Defense Education Activity and the Bureau of Indian Education. The Council for American Private Education (CAPE) nominates private schools. A total of 420 schools nationwide may be nominated, with allocations determined by the numbers of K-12 students and schools in each jurisdiction. The U.S. Secretary of Education invites nominated schools to submit an application for possible recognition as a National Blue Ribbon School.