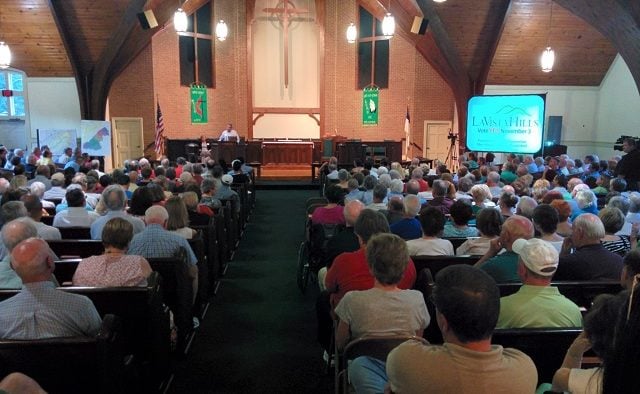 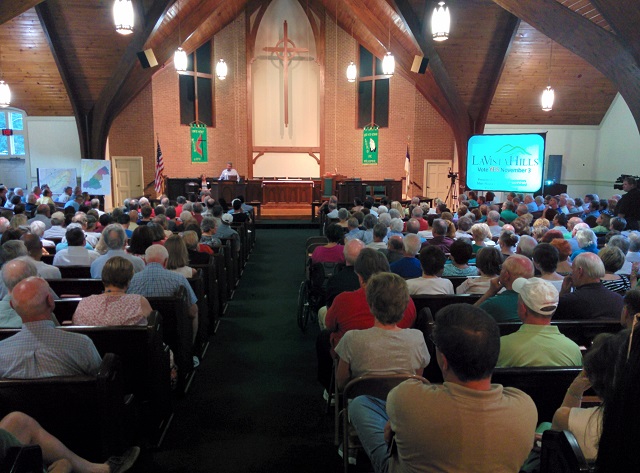 The Georgia Legislature at one time considered financial viability to be a crucial test. Groups looking to form new cities had to pass it before any new city could be pitched to voters.

Emails forwarded to Decaturish show supporters of LaVista Hills had concerns about the soundness of their study, concerns that LaVista Hills Yes President Allen Venet say have been put to rest. The emails were obtained via an open records request filed by DeKalb Strong, a group that opposes cityhood.

The Carl Vinson Institute at the University of Georgia conducted the LaVista Hills feasibility study and is standing by its conclusion that the city would be viable.

“We are putting our faith in the Carl Vinson Institute,” Venet said. “We don’t really know what the future will hold, but we do have a couple of things that we do know. The first is there’s no question that the city will be solvent in that it will spend less than it brings in.”

“Internally, it seems like cityhood proponents have the same concerns about the city’s feasibility, and the possibility of tax increases, as others have expressed,” Snook said. “They even go so far as to discuss running to the legislature to get the millage cap raised as soon as the city passes. Proponents want this city at any cost, even if it will raise taxes.”

The proposed city is on the ballot for Nov. 3. If approved, it would create a new municipality in DeKalb County with a population of more than 65,000 people. The CVI report measured the city’s ability to provide services to those residents.

The CVI study relied upon the county millage rate of 7.64. But the LaVista Hills enabling legislation caps the millage at 5 mills. The concerns about the financial implications of the study using the 7.64 millage rate were first raised by Russell Carleton, a DeKalb County resident and researcher. LaVista Hills supporters have dismissed him as an unqualified analyst who is allied with DeKalb Strong.

The Atlanta Journal Constitution conducted its own analysis and concluded that instead of running a surplus of $1.7 million as the study claimed, LaVista Hills is likely to run a deficit of $114,000.

Economic forecasting, of course, isn’t prophecy. Its accuracy depends on the underlying assumptions and the methodologies used. CVI says Carleton was comparing “apples to oranges” because county millage rates differ from city rates.

LaVista Hills has dismissed Carleton as a “baseball statistician” unqualified to make such judgments. The emails show he was hitting close to home for some in the LaVista Hills camp.

After Carleton sent an email with his observations to Ted Baggett, an associate director with CVI, Venet scheduled a conference call with LaVista Hills supporters and CVI to discuss the issues Carleton raised.

When Decaturish contacted Venet in May to ask about similar points Carleton raised in an email to us, Venet forwarded along a short message from Baggett to LaVista Hills Yes.

“CVI needs to give us a detailed line-by-line calculation/explanation of the Millage rates and HOST factors used in our $15,000 study,” Broussard wrote in an email dated May 16. “A four sentence reply by Ted – one of which is the ‘apples to oranges’ cliche – is NOT adequate to answer our critics – nor answer our OWN questions about the validity of the study’s numbers.”

Herman Lorenz, another member of LaVista Hills Yes, was concerned about the implications for the tax rates in the proposed city.

“Not to muddy the waters even more,” Lorenz wrote on May 15. “But now that we have the real facts, another objection is possible. In 2014, 5 mills without homestead adjustment is equivalent to 14.36 mills with the homestead adjustment. That compares to the county charge of 7.64 mills. So a raw comparison is that we’re raising the property tax, not lowering it. The host credit reduced the gross tax by 54 percent. In my case, this will be an increase of about 50 percent for city services and police (because there are also other adjustments). Others probably should check their 2014 tax bills to see if I’m right.”

“So the less we say about this the better,” Lorenz added.

In an email sent the evening of May 15, Venet wrote it had been “a roller coaster of a few days regarding the CVI study.”

“And I, for one, do not like roller coasters,” he said.

“Folks who oppose us will try to nitpick, but as long as we can say that we’ve been judged viable by an organization with more experience and more expertise than (DeKalb Strong), or any journalist, I think that we are on solid footing,” Venet wrote. “I am not saying that CVI is infallible (they are not), or even that they are correct in this case (I cannot say). I am saying that any such prediction by its nature is very complex and involves countless variables and assumptions. The ‘rules’ of creating a city say that CVI (or GSU) must pronounce the city feasible, and they have done exactly that.”

He said that “we know intuitively that LaVista Hills is viable.”

“If our community does not have the tax base to be a city, then very few communities are going to be viable,” Venet continued. “Everyone who knows our area knows that we have the financial strength to be an economically viable city. Experience of the other new cities shows that we will not need to raise taxes. It is ironic that DS is seemingly ready to attack us simultaneously for having a disproportionately strong tax base which should be shared with less wealthy parts of the county, and for having a tax base too weak to succeed. We can honestly counter both arguments.”

But, he acknowledged a potential issue with the city’s tax rate.

“The one potential problem which has (hopefully had) the potential to be our Achilles Heel is a suggestion that the tax cap in the charter was set too low,” Venet wrote. “We all know that the intent was to cap taxes at the current rate, but if the language of the charter is wrong because it uses an outdated millage rate, we have a very big problem. On the one hand I suspect that this could be ‘fixed’ in January, but it would make it much harder to win a referendum in November. Happily, Ted countered the DS argument. The actual explanation of how the rates work is mired in the complexity already noted.”

With that, Venet hoped the matter would be put behind LaVista Hills. And it was until the AJC published its story on Sept. 14.

Venet told Decaturish on Sept. 15 that if indeed the tax cap is too low in the charter, it can be adjusted.

“Another point is that no one has ever tried to sell the idea of LaVista Hills as a mechanism for reducing taxes,” Venet said. “What we have pledged and what we stick to is that the city will not raise taxes. If the cap has been set at an improperly low level, which we do not think is correct, but if it is correct, well, then that needs to be fixed.”

He said during the conference call, CVI allayed the concerns LaVista Hills supporters had about Carleton’s observations.

“They assured us he was not correctly interpreting the way tax laws work in Georgia and LaVista Hills was in fact viable and that’s their conclusion and they are sticking with their conclusion,” he said.

Read more: Here are the email exchanges, provided to Decaturish.