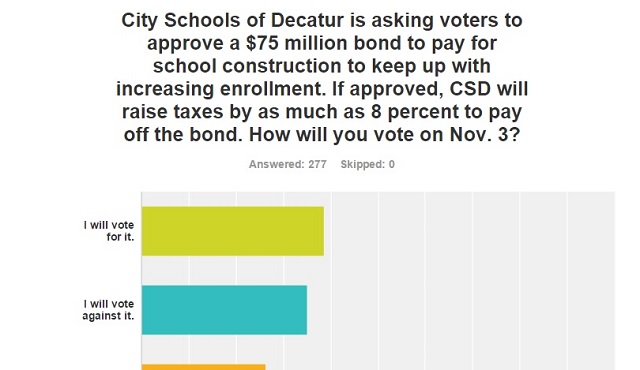 This year Decatur residents will be asked to decide whether to allow City Schools of Decatur to borrow $75 million for school construction, a move that could raise taxes by as much as 8 percent.

Decaturish wanted to get a sense of how the proposal would fare in the Nov. 3 elections. We created a poll that was distributed to residents via the neighborhood email lists.

Our assumption was the poll would be more likely to reach potential Decatur voters, but it is not a scientific poll by any means. We have no way of knowing if all of the respondents live in Decatur or are registered voters, though we hope our poll targeting neighborhood email lists would capture a wide swath of these individuals. The poll also cannot account for people who don’t have internet access, like the elderly, or people who don’t subscribe to the email lists.

The poll did limit respondents to one vote per IP address.

With those caveats out of the way, here’s what our informal poll showed. 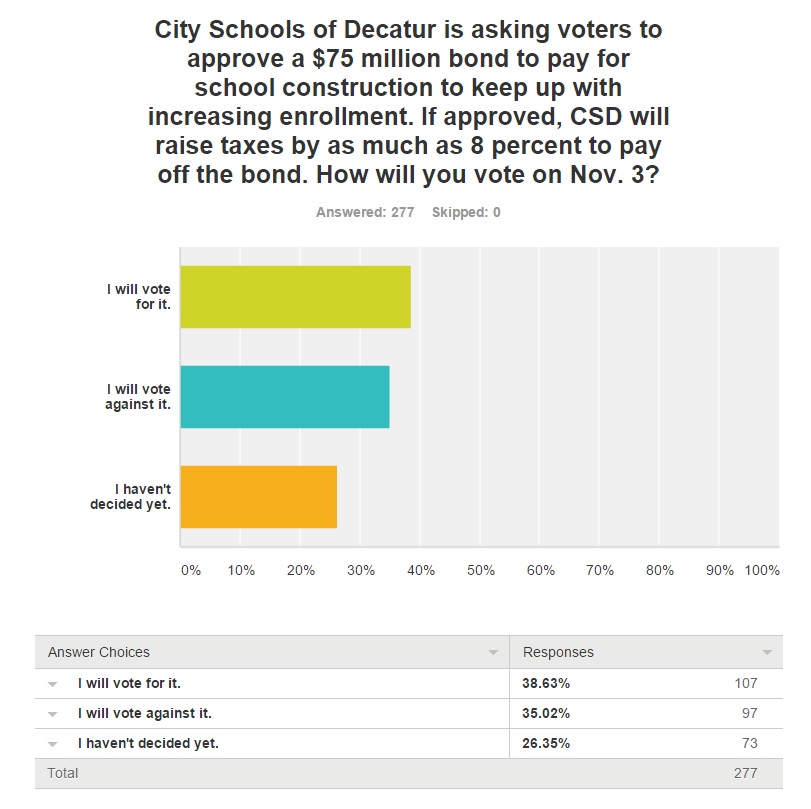 The voters support the bond referendum, but just barely with 10 more respondents saying they will vote yes. There are also a large number of undecided voters, 26 percent, enough to tip the election one way or the other.

CSD has asked for permission to borrow the money to keep up with its surging enrollment. Current student enrollment is 4,658 students. The school system is projecting 6,527 students by 2020.

According to a list of projects recently published by CSD, the school system intends to use the money to renovate Decatur High and Renfroe Middle. It also plans to add portables and build a new elementary school.

Here is the most up-to-date presentation on bond projects, provided by CSD.