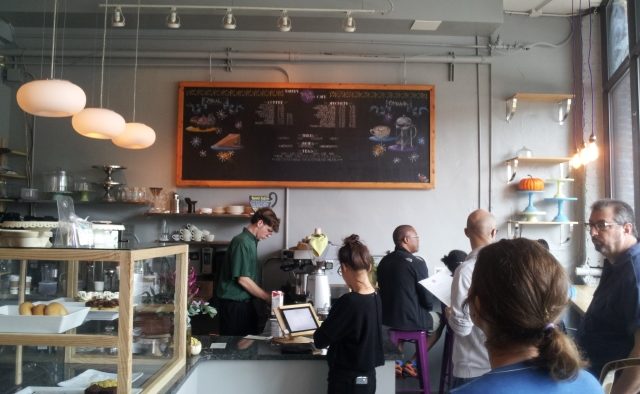 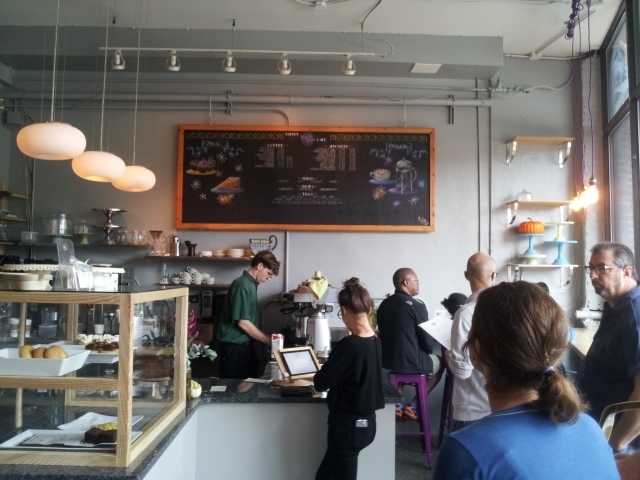 Dulce Vegan bakery in Kirkwood reopened Sunday, September 27 after being closed for renovations for several months.

The vegan bakery and cafe held a soft opening with a limited menu, but the shop on Hosea Williams Dr. NE was packed with customers who seemed happy to have it open again.

Owner Howell Belser told Decaturish that the bakery items were limited for the day, but the shop was still serving its popular coffees, lattes, and teas, in addition to vegan and allergy-friendly soups, sandwiches, and baked goods.

Belser said a grand opening would be scheduled for October. Dulce Vegan closed in March for what the owners thought would be a quick renovation, but permit challenges and construction delays kept it closed longer than expected.

Belser and co-owner Idalys Sansores turned to customers over the summer, asking them to contribute to an Indiegogo campaign to get the shop back in business. The campaign ended up raising $4,699.

Thanks for the amazing welcome back today! We are running very low on food and sweets and will definitely sell out early today. It has been wonderful seeing all of you again and don’t worry, we will be back open on Wednesday at 730 if you don’t catch us today!

Dulce Vegan posted an update on Instagram later Sunday, saying it would sell out early for the day and the shop would be open again Wednesday morning.