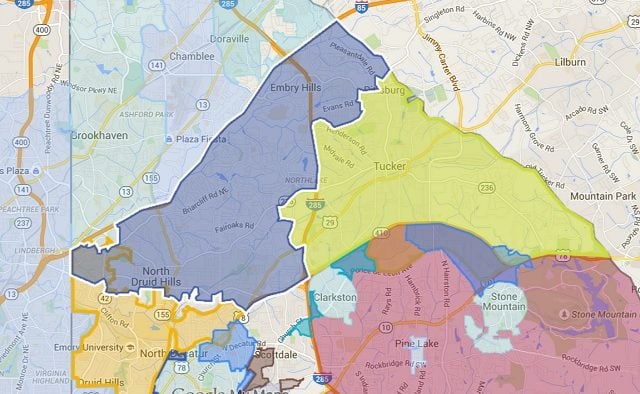 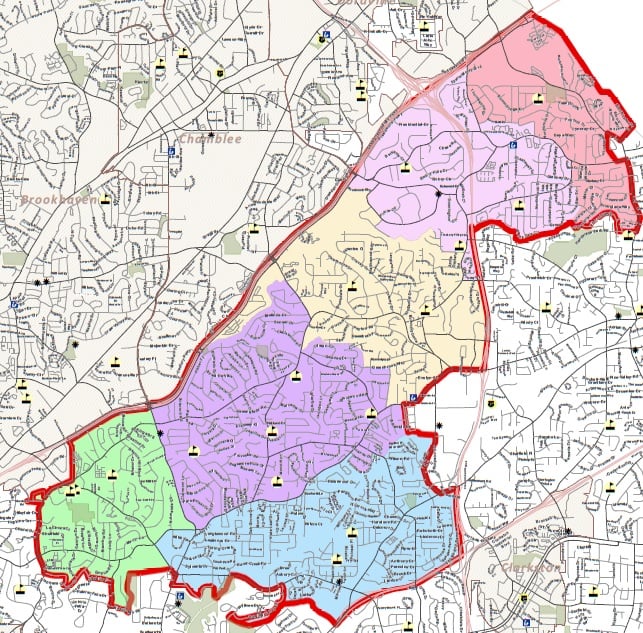 The Atlanta Journal Constitution has published a report suggesting flaws in a study that concluded the proposed new city of LaVista Hills would take in enough tax money to provide services.

This suggestion isn’t new. Questions about the study began circulating in May, but were dismissed by LaVista Hills supporters.

However, LaVista Hills appears to have put out its own contradictory data regarding a potential tax surplus.

The AJC concluded that instead of a $1.7 million surplus claimed in one feasibility study, LaVista Hills will actually run a deficit of $114,000. The article cites Russell Carleton, who the AJC identifies as a researcher who lives in the LaVista Hills area.

To see a spreadsheet detailing the AJC’s analysis, click here.

The AJC story also concluded that the analysis for Tucker, another proposed city in DeKalb, remains valid because it was based on a lower tax rate than LaVista Hills.

According to the AJC story, the enabling legislation that put the proposed city on the Nov. 3 ballot uses a lower tax rate than the one used to develop the financial feasibility study. The feasibility study was conducted by the Carl Vinson Institute of Government.

The CVI study assumes a millage rate of 7.64 mills for LaVista Hills. But the LaVista Hills enabling legislation caps the millage at 5 mills.

Carleton is also a Decaturish reader and emailed similar observations about the LaVista Hills budget back in May.

“They forgot to tell CVI about their property tax cap, and their revenue estimates are based on a millage of (7.64), when by their own charter, the maximum that they can charge is 5.00,” Carleton wrote to Decaturish in May. “Even if you assume that they set the initial millage at 5.00, their revenue estimate falls by $4 million, turning their $1.7 million surplus into a $2.3 million deficit.”

“Please see the posting below from the website of the chief anti-city group, so called DeKalb Strong,” Venet wrote to CVI in May. “Are these criticisms valid?  Do they risk our status as being feasible?  Can we talk sometime this afternoon?”

When Decaturish contacted LaVista Hills supporters in May about Carleton’s conclusions, Venet forwarded a response from Ted Baggett, an associate director with CVI. In a nutshell, Baggett said Carleton is comparing two different things.

Decaturish forwarded that response to Carleton.

“Fair enough,” Carleton replied in a May 15 email. “A little shocking that he had to go back for clarification, but such as it is.”

And that’s where the conversation ended, until the AJC published its article on Sept. 14.

Decaturish has reached out to Carleton, and will update this story when he responds.

The questions surrounding LaVista Hills’ financial viability are echoes of the confusing process that led to the approval of the cityhood bill. The LaVista Hills cityhood movement combined the former Briarcliff and Lakeside movements. Both had completed independent feasibility studies before the two groups merged. A new study was not required for the LaVista Hills bill to move forward in the legislature. LaVista Hills released its updated feasibility study in May, after bills for Tucker and LaVista Hills were approved by the General Assembly.

Venet said the questions raised by Carleton’s analysis and the AJC story are not new and they’ve been answered. He couldn’t address the discrepancies between the different studies posted on the LaVista Hills Yes and LaVista Hills Alliance websites.

“I do not think that there is anything new in Carleton’s charges,” Venet said. “I believed that he raised these very issues before. We went back to CVI, and CVI assured us that his analysis was wrong and that they stick by their conclusion that LaVista Hills is economically viable. I don’t know if there is an error on one of the websites, but I can assure you that there is only one CVI study.”

Here are the two studies, for comparison:

Both CVI studies show a sharp drop from what LaVista Hills supporters were projecting back in January. During a meeting at Young Israel, the cityhood group told voters the projected surplus would be $6.8 million.

Here Carleton’s his most recent analysis, which he posted to the DeKalb Strong Facebook page on Monday afternoon …

For real property taxes, CVI doesn’t break out the income for residential vs. commercial/industrial, but they do give a breakdown of the assessed value, and they list the estimated revenue from all real property taxes at $11,690,718

For residential properties, the total assessed value is given as $1,921,091,263 and there are 19,775 residential parcels in the city’s footprint (source: https://decaturish.com/…/ProposedLavistaHillsBoundar…)

Other calculations showed that 90 percent of houses were eligible for a homestead exemption (I can show you that one if you want).

The early version of the AJC story lists the projected deficit at $197k. I’ve notified Mr. Niesse about the error.