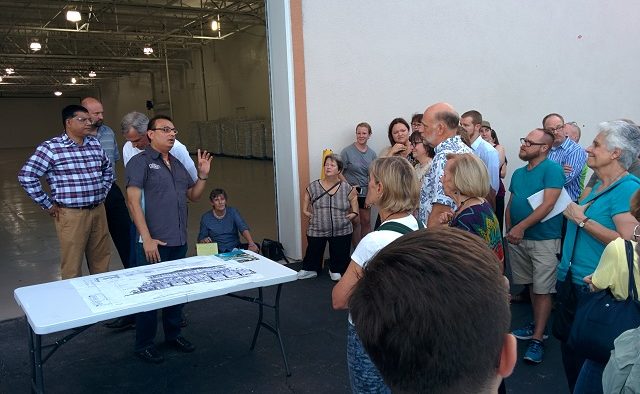 Medlock residents had many questions for the people planning to put a restaurant in a vacant car dealership along Scott Boulevard. Photo by Dan Whisenhunt
Share 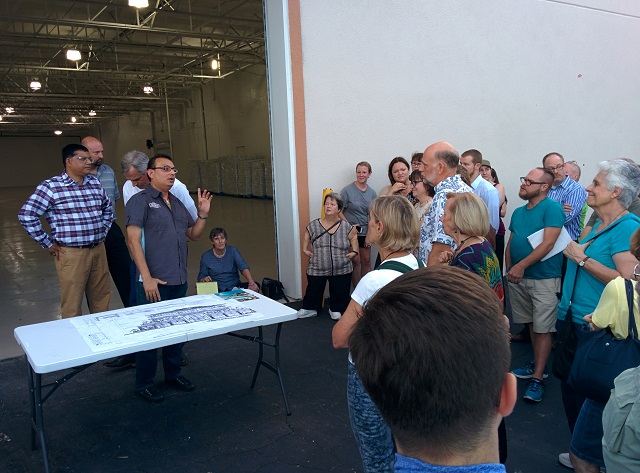 Medlock Park residents had many questions for the people planning to put a restaurant in a vacant car dealership along Scott Boulevard. Photo by Dan Whisenhunt

A crowd of Medlock Park residents showed up to the parking lot of a vacant car dealership on Scott Boulevard to confront the people proposing to build a restaurant as part of a three-story development.

The developer and restaurateur say there may be misunderstandings about their intent. But during the tense meeting held on a Monday afternoon, Aug. 31, the conversation at times struggled to rise above the level of yelling. The developers couldn’t answer questions to the satisfaction of residents, who were concerned about noise, late-night drinking and security, among other things.

Things settled a bit when the attorney for the proposed restaurant Paul Oeland, began mediating between the two groups.

“There’s a cultural issue at play,” Oeland explained. The owner of the proposed restaurant is Mark Desai, who owns businesses across the street near Patel Plaza. He would be moving some businesses across the street. The front of the business would be three stories. The bottom would be a restaurant, and the upper floor would be a banquet hall, underneath a salon area. The salon area would have to be constructed on top of the current second story of the building.

Oeland said in many south Asian celebrations “there’s a one stop shop to the idea.” The salon above would serve wedding parties going to the banquet, but the owners said it would not be available to the general public. The business could seat 300 people, including 130 in the restaurant and 170 in the banquet hall area. Oeland said the restaurant would be an “upscale Persian restaurant with an Indian twist.”

It would serve alcohol, but it wasn’t clear if service would stop at a certain time or go on until the early morning hours.

Desai said the business would be called “Karma.”

“That’s my dream,” he said. He said the restaurant may take another full year to open. Decaturish asked him if there’s anything he could do to allay the concerns of the residents living around the property.

“I can listen to them,” Desai added. “If they have serious problems we can work with them.”

Another person who represented the restaurant, who identified himself to a reporter only as David, said there would be an armed guard on the property as well.

Medlock residents questioned whether the owners had the appropriate zoning to open the business. They said the property is currently zoned C1, which would not allow a for a late-night business. That would only be available under C2. They also said the property doesn’t comply with current zoning codes.

Theresa Same, who serves as the zoning chair for the Medlock Area Neighborhood Association, politely grilled the Karma representatives on the neighborhood’s various concerns surrounding the use of the property. She said the impact of 300 people being able to use the property at once is “too high.” She said the neighborhood is upset that the business would have trucks loading and unloading in the bays at the back of the building.

“We’re not going to support you to continue to enlarge this property without coming up to the current code,” Same said. ” … I’m very interested in helping the developer do great development in our area, but I have never been to a pre-submital meeting in this area that has this many people coming out in opposition.”

Same said the neighborhood is unsure where the project is in the zoning process.

“We don’t know if they’ve filed their application for the special land use permit, or not,” Same said. “There are a lot of things that are in question now.”

Here are the renderings displayed at the meeting on Monday. 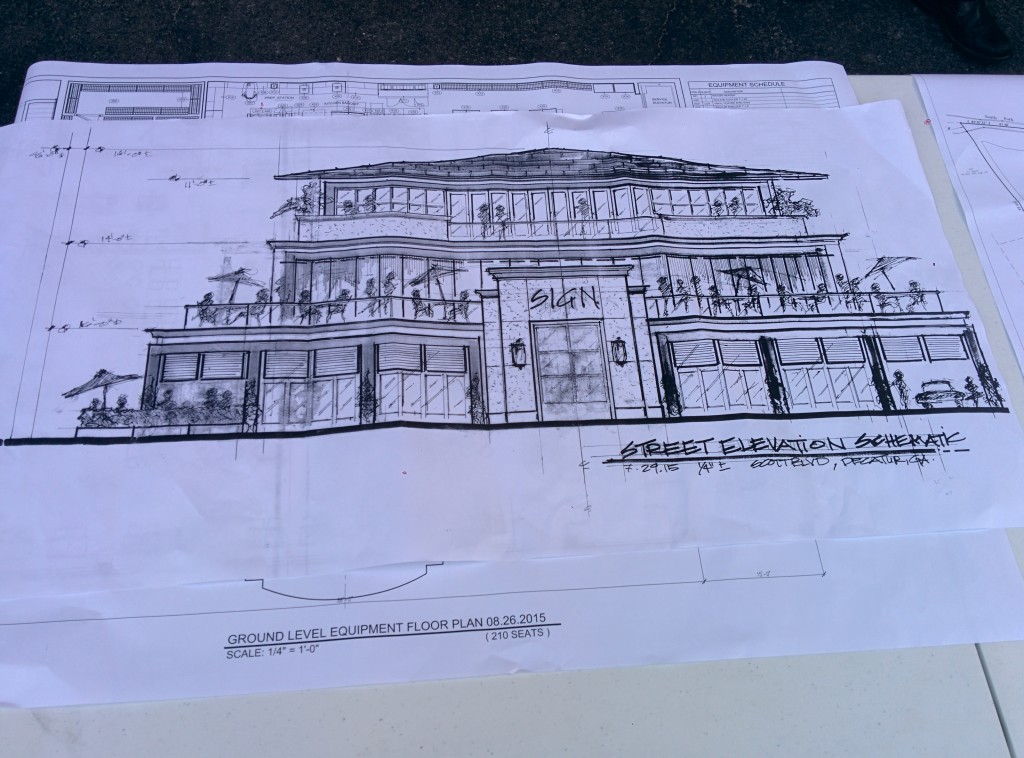 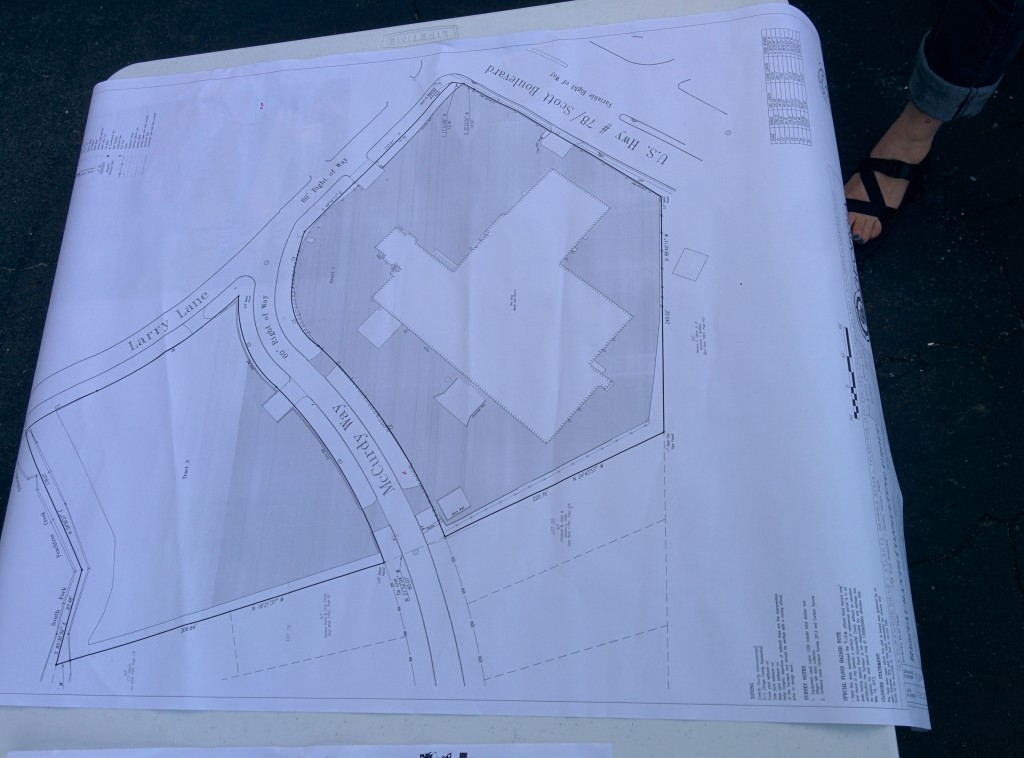 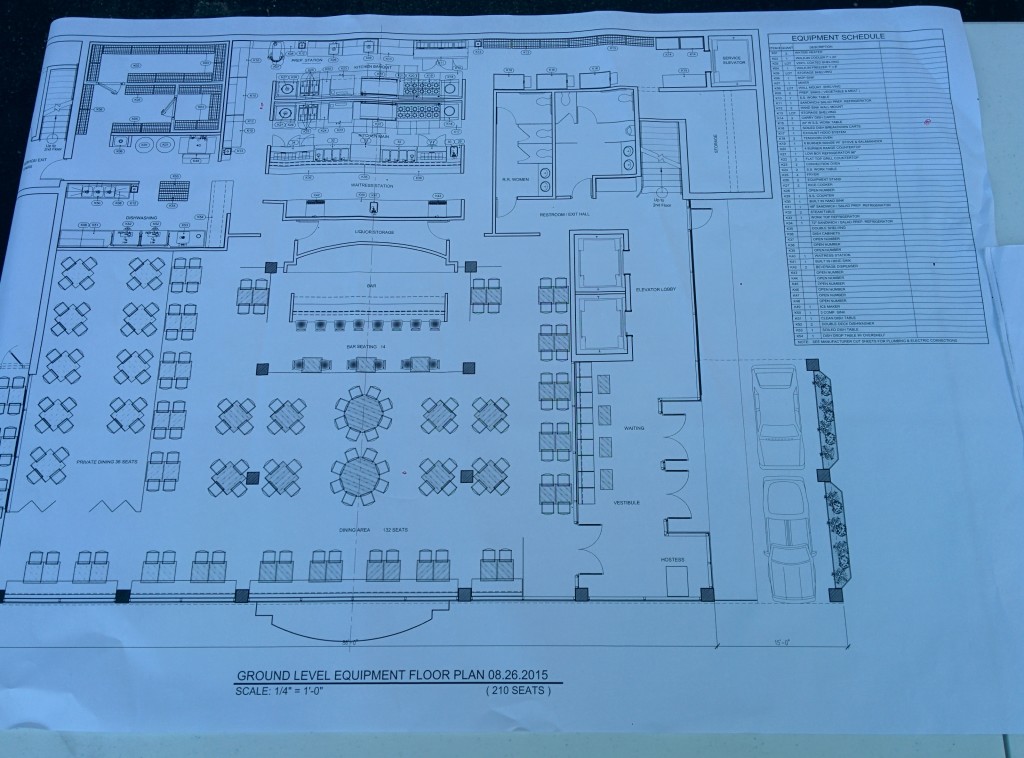