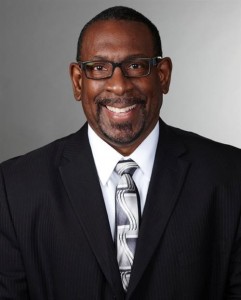 Not long after Decaturish published an article about concerns over DeKalb Schools charter policy, we received an invitation to speak with Superintendent Stephen Green.

“Dr. Green would like to invite you to meet with him … in his office to talk about his plans for the DeKalb County School District and his views on charter schools,” the invitation from the district spokesperson said.

A few days later, on Oct. 13, Green sat on the other side of a conference table and spoke for an hour about his vision for DeKalb’s School System. Green is a newcomer, hired last spring lead a school district that nearly lost its accreditation due to mismanagement and board meddling. It’s familiar terrain, Green says. Green came from the Kansas City School System in Missouri, a district that had lost its accreditation. Green took over the system and led a turnaround. In comparison, DeKalb’s issues are not that severe, he said, though there are similarities.

“Even though I can’t say I know everything, there are resonances, things that resonate that I’ve seen and heard before,” Green said. “It’s kind of like music. You hear the tunes. Hey, here it comes.”

Green was energetic throughout the interview, talking with his hands as he described an effort to restore a brand to a school system bruised by scandal. DeKalb County’s school system nearly lost its accreditation due to micromanagement by the School Board, resulting in Gov. Nathan Deal removing six of its members. Former Superintendent Crawford Lewis was indicted along with former schools officials Pat Reid and Tony Pope. Pope and Reid were accused of being involved in a scheme to steer lucrative construction contracts to family members.

System leadership has been unstable. Green’s immediate predecessor, Michael Thurmond, was brought in as an interim superintendent after his predecessor, Cheryl Atkinson, parted ways with DeKalb.

Thurmond’s disagreement with parents seeking a charter cluster for the schools that feed into Druid Hills High deepened the divide over education in DeKalb. Some of the parents pursuing the charter cluster proposed annexing three of the schools – Briar Vista and Fernbank Elementary Schools, as well as Druid Hills High – into the city of Atlanta. If that happens, it could mean those schools would become part of Atlanta Public Schools. That annexation proposal didn’t succeed in making it out of the Legislature this year, but if the proposed cities of Tucker and LaVista Hills are approved in a Nov. 3 referendum, annexation is much more likely to be revisited.

Green said he was receptive to revisiting the charter cluster idea, but like Thurmond, also signaled he is willing to sue to stop the annexation from happening.

Green said he’s spoken with charter cluster petitioners at various meetings, but said there’s been no formal dialogue. When asked if he would fight the Atlanta annexation in court, Green signaled he was willing to.

“I don’t think annexation is the answer,” Green said.

He added that there was as similar dispute in Kansas City, before he came on board, involving parents and students that had been annexed into another school system. The school system that received the annexed schools and students said the students fared better in that system.

“If you track those students, there’s a question as to whether they were better off,” Green said.

The article that prompted Green’s invitation to Decaturish explored parents’ concerns about whether Green would be receptive to new and current charter schools.

Avondale Estates City Commissioner Terry Giager said he was concerned about the superintendent’s approach to charters. Giager said Green was asked a question about the subject after giving a speech to local elected officials.

The superintendent’s feelings on the subject are of interest to many in the Avondale community because their children attend a local charter, the Museum School.

“We also have a new superintendent in DeKalb County who I was fortunate enough to listen to his presentation to all the mayors and elected officials, and to be honest with you I was pretty surprised,” Giager said during a Sept. 16 work session. “He was asked how he felt about charter schools. His answer was, ‘I will only support charter schools if they form a partnership with a public school in DeKalb County.’”

In the Oct. 13 interview, Green clarified that he is not opposed to charter schools, but he wants them to work closely with the school system.

He said the school system needs to be involved in charter schools to provide guidance in areas like contract procurement and human resources management.

Green said total autonomy for charter schools is something DeKalb County Schools can’t give. He said the school system’s lawyers have advised him that “there are limits to what we can hand off, because the liability of what happens in that school comes back to the superintendent of the county school district and to the board.”

“So if there’s child endangerment going on, if there’s fiscal mismanagement going on. So to a certain extent, the substantial autonomy has to be tempered with recognition of those kinds of things that need to be and fall back on the responsibility of the host district,” Green said.

The superintendent said he recognizes that people perceive DeKalb as a failing school system, though some of its problems are in the rear-view mirror. Accreditation is no longer in jeopardy and he says the new board members know not to meddle in the nitty gritty of running the school district.

Green compared DeKalb to a troubled kid who has lost his way.

He said parents can expect changes in the coming weeks and months. Green said he is reorganizing central office staff, though he wouldn’t say if central office would become smaller as a result.

“There’ll be some changes,” he said.

Green said even under the best case scenario DeKalb may not be able to fully restore its reputation with parents who have given up on it. In fact, he said, there are some parties that benefit when DeKalb’s school system is failing.

He said, “A weakened, vulnerable and disdained school district was ripe for opportunity for some agencies and some organizations in Kansas City. They actually parasitically benefited by the district’s failure. So by as we improve, you will see who those folks are.”

“I think you have to ask the question,” Green said. “For whom is it not advantageous for us to get better?”

Audio: Here is the audio of the entire interview with Stephen Green.