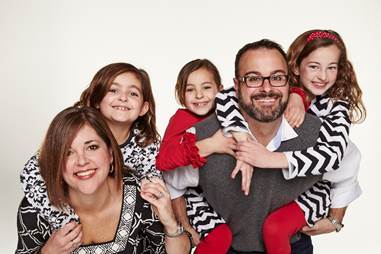 Avondale Estates is at a crossroads as city leaders balance the desire to grow the city’s downtown business district with the desire of residents who want to maintain the city’s historic character.

Enter Brian Fisher, who is running for Avondale Estates City Commission in the Nov. 3 elections. Fisher says his banking expertise makes him qualified to deal with the challenges facing the city. Fisher will square off against incumbent City Commissioner John Quinn and fellow challengers Todd Pullen, John Pomberg and Adela Yelton. Unlike other cities, Avondale Estates’ doesn’t have commission districts. There are two seats on the ballot this year and they will be filled by the two candidates who receive the most votes.

“I think Avondale Estates right now is in a unique time period where things are happening from a downtown development standpoint,” he said. “Things are happening for a DeKalb County Schools standpoint. Some of the decisions we make are going to be impacting the city for the next 50 years.”

Fisher is Senior Vice President in the Commercial Banking Group of Servis First Bank. A press release from his campaign says, “He is responsible for developing and managing new relationships for the bank in the Metro Atlanta market.” He has 18 years in the banking industry, experience he says will come in handy dealing with downtown development.

“My banking experience helps me be an asset, and hopefully make the right decision,” Fisher said.

Fisher is a Museum School dad. He is married to Angela and has three children, Reese, Libby Grace, and Blythe.

The press release from his campaign says he was a member of the 2014 Leadership Gwinnett Class, and serves as a board member for the Clairmont and Briarcliff Oaks senior-living facilities in Decatur. He’s a Museum School PTO member and previously served on the school’s finance committee. He serves on the board of deacons at First Baptist Church Decatur.

Fisher said one of his goals is making sure the proposed Euramex mixed use development balances the needs of the residents with the needs of the developer. He said the city’s Downtown Development Authority is underutilized and he wants to make it a more effective board for the city.

“That’s an important piece we’re missing right now that I look forward to working with if I were elected,” Fisher said.

Editor’s note: Decaturish will be contacting every candidate running for office in Decatur and Avondale Estates and will be sending them questionnaires that will run before Oct. 12. We will also write a short introductory article about each candidate.