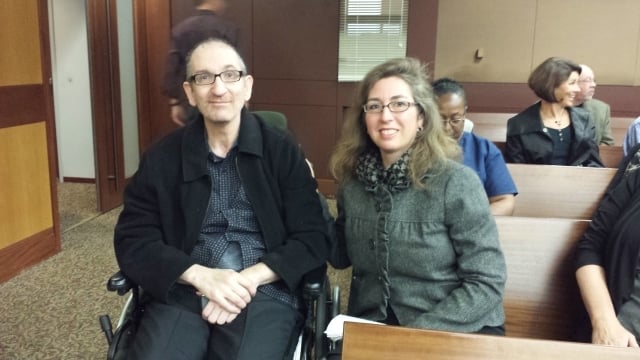 Atlanta cyclist Greg Germani, his family, and friends achieved a bit of closure Tuesday following a challenging and emotional hearing.

The man accused of running Germani down, Joseph Alan Lewis, pleaded guilty to charges related to the June 9, 2014 attack and received a 15 year sentence.

Germani’s girlfriend, Beth Harrill gave a victim impact statement Tuesday, crying as she told the court, “On June 9, 2014, Greg’s life changed, my life changed, his mother’s and brothers’ lives changed. The actions of the defendant left Greg in a coma for five weeks. He suffered a severe traumatic brain injury, broken vertebrae, broken ribs, terrible road rash on his back which required skin grafts, a broken nose, bruises and abrasions too numerous to mention. But the Greg who left for work on June 9 did not come home.”

“A lot of times when people ask me what happened to Greg, they ask me when the accident took place,” John Germani, Greg’s young brother, told the court. “This was no accident. This was a malicious attack from a bad person to a good person. Greg is a very good person.”

Lewis was accused of intentionally running over Germani who was riding his bike. But on Tuesday, as he spoke in court, he maintained that it was an accident.

“This honestly was an accident,” Lewis said, addressing the Superior Court Judge Doris. L. Downs. “At the same time, I hold myself with responsibility and accountability to accept the fact that as a man, I did leave the scene of the accident. I took careless acts as a man and didn’t stay there for someone that needed me at the time to stay there. When I look at it, and I really examine, I think of my family. I think of my mom and my dad. If that was my mom or my dad, I wouldn’t want somebody to have done that.” 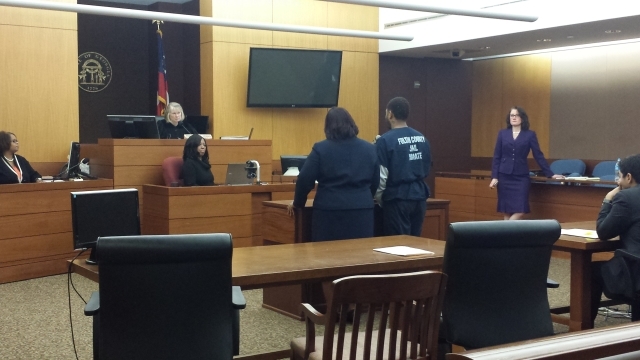 Lewis told Judge Downs he came to Atlanta to pursue a music career, and “not to be a menace to the city, to destroy lives.”

The judge told Lewis before she sentenced him, “I’ve been on the bench for 20 years, and this is just one of the saddest, most senseless things I’ve ever seen.”

After Downs sentenced Lewis, she told him, “It is my great hope that since you are an artist of some kind that you will think long and hard about how completely unnecessary and senseless this whole event unwound, needlessly because of flaring tempers you didn’t control, is what it looks like.”

The hearing on Tuesday got off to a rocky start. Lewis’ attorney, Dwight L. Thomas, was called to federal court, and the hearing was delayed while everyone waited for another attorney from his law office to arrive to represent Lewis.

Harrill said such a delay was a burden for Germani.

“As a member of the bar, and someone who’s practiced law for 20 years, I cannot go without remarking on the total unprofessionalism of the defendant’s attorney being an hour and 15 minutes late to this hearing,” she said during her victim impact statement. “It is an exhausting expedition to take Greg somewhere like this. He’s worn out, he has medical needs, and an hour can make a big difference.”

Before the hearing started, Fulton County Deputy District Attorney Linda Dunikoski told Decaturish that Lewis would be “pleading to serious injury by vehicle, hit and run, criminal damage to property, tampering with evidence, and the series of misdemeanor [charges] including reckless driving, failure to report an accident, driving without a valid license, and no license plate.”

Dunikoski said the three intent charges (criminal attempt to commit murder, aggravated battery and aggravated assault) were dismissed as part of the deal since a jury usually gets to decide between an intent crime and a non-intent crime.

She also said Lewis’ then-girlfriend Shanelle Woodard is not facing charges in the case because she eventually cooperated with investigators and was willing to testify against Lewis.

After the sentencing, Decaturish asked Harrill how she felt now that the case was over.

“It’s overwhelming, but it’s satisfying too,” Harrill said. “The Fulton County DA’s office has been fantastic. They’ve worked with us every step of the way, so none of this came as a surprise to us. And they wanted our input. It really is now something that we can move on and focus on living. And focus on all the strides we want Greg to make in the future.”