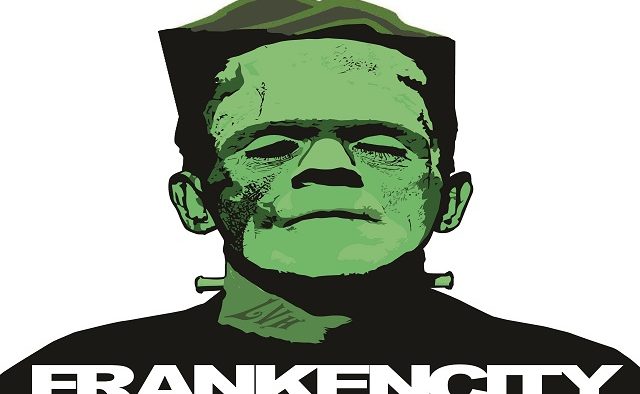 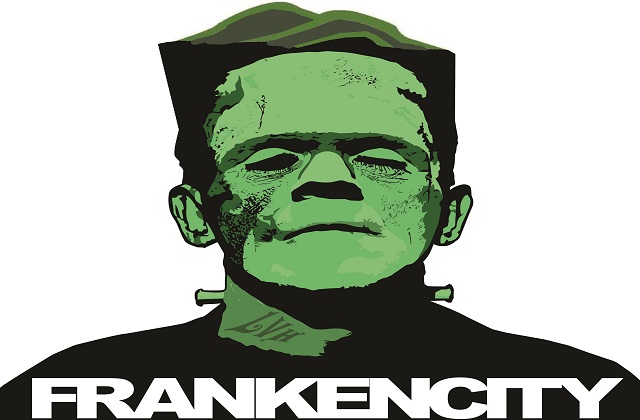 Like Shelly’s grotesque creature, Lavista Hills has been cobbled together from parts of neighborhoods stretching from an area outside Emory University all the way to the north of Pleasantdale Road outside of 285. Communities have been dissected and dismembered, and in addition to it’s odd shape, a lot of odd things have happened in the six months leading up to this vote. I send this letter hoping those deciding how to vote will see the monster for what it is.

The previously contentious cityhood groups of Lakeside and Briarcliff kissed and made up long enough to agree with the pro-Tucker city group about shared boundaries. Unfortunately, that agreement was breached at the 11th hour and the monster shifted form again, surprising many residents whose homes were now included in its girth without any participation in the process at all. Streets were divided down the middle, parks split – the boundary even bisected a grocery store.  The bakery is in unincorporated DeKalb, and Lavista Hills has the frozen entrees.

The lobbyists for the new city could find no legislator in the LVH footprint to initially introduce the bill, so they turned to a Dunwoody politician to be the primary sponsor. Unlike the process for every other new city, no feasibility study was required to ensure LVH was a viable city before the bill was passed. It was after the referendum date was set that the feasibility study surfaced which contained erroneous assumptions that would challenge the city’s basic economics – problems that would have been discovered if the process had been followed. Rather than address those mistakes publicly, emails uncovered that LVH leadership plotted to attack the citizen who noticed the errors and then conspired to “say as little as possible” about the problem.  “Let’s pass this in November and we’ll fix it in January.” The question of cityhood was forced on the voters without full disclosure of potential feasibility issues.

True to their strategy, it was difficult for residents to get answers because the once unified Lavista Hills group had suddenly split into two – LVH Yes and LVH Alliance (the former Briarcliff and Lakeside cliques were on their own again).  The Alliance group refused to debate the opposition, and instead conducted one-sided “voter information presentations” where the audience was prohibited from asking direct questions – only written questions from the “audience.”  What a relief for them that no difficult questions were ever asked!

LVH Alliance attempted to sell its brand of police force in a series of “public safety meetings”.  At these presentations, panels composed of law enforcement from other small cities spoke, but the DeKalb County Police Department was not invited. The strategy of scaring people with outrageously inaccurate data about the DCPD was working, as residents left the gatherings thinking a LVH police force would provide better public safety than the county. The facts definitively prove otherwise.

The LVH groups unapologetically spread inaccurate information on many issues. Regarding police, the facts are easily verifiable.  The LVH feasibility study provides for 104 police personnel, including civilians and command staff. After subtracting for the requisite administrative and support personnel, the resulting force of 1 sworn officer per 1000 citizens is a number far below current county staffing in the same footprint. LVH police would have no SWAT, no K9, no specialty units such as major crimes, CSI, bomb squad or aerial.

The LVH leadership claims that these deficiencies will be addressed through intergovernmental agreements, although there is no funding for these agreements in the feasibility study.  They suggest a Sheriff department helicopter could be used for police functions. Unfortunately, these specialty units must continue to exist in order for intergovernmental agreements to even be possible.  The huge tax revenue drain to LVH would most certainly require a shrinking of the DeKalb County police force, and possible elimination of some the specialty units that we all currently take for granted.

Pro-city advocates love to point out that there are no current DeKalb council members living in the LVH footprint and that the county district has 110,000 residents.  The also agree that the population of LVH would be 67,000 people. Simple math proves that LVH actually has a numerical majority and could elect a representative. It’s not the structure of the government preventing representation. Could it be that an appealing candidate has not run, or that the turnout from the footprint has been too low to win?  Or both?

There have been so many promises made to so many different groups – LVH advocates say anything to sell this city. If you drill down on any of those promises, the truth comes out – the only people who can actually speak to the policies and priorities of a new city are the 7 politicians who will be elected. We don’t know who these politicians may be, but don’t worry, because we will have one representative for only 11,000 people which is better than one for 110,000 at the county level. Citizen voices will be heard!  Seriously? I live in a condo community with 1 representative for every 25 people – and people can’t agree on priorities.

The myth of closer representation is further demolished by Brookhaven’s real world experience where the southern districts accuse the northern ones of getting all the paving and the park improvements. Sandy Springs where neighborhood associations are having to resort to suing their own city over zoning changes that increase density but destroy their quality of life. The city council of Dunwoody never met a developer they didn’t like – and their traffic proves it.

There have been numerous questions about LVH’s actions and ethics. City organizers retained a least one lobbyist to represent them at the Gold Dome during the legislative session, and yet their financial disclosures do not identify lobbyist expenditures at all.

LVH advocates have tried to scare neighborhoods like Merry Hills, Toco Hills, and others that annexation of residential property by Atlanta is inevitable, and voting for LVH is the only way to prevent it. What is left out of the discussion is that residential annexation requires popular support of 60 percent of the voters – a very high threshold to meet if the residents want annexation, and impossible if they do not.

Other areas, like Laurel Ridge and Medlock, have been blanketed by materials claiming their neighborhoods are in the “crosshairs of annexation” by other cities. These hysterical claims are implausible since by law a city can only annex areas contiguous with their boundaries.  There would be huge pieces of real estate to get through before those neighborhoods could be affected – and even then the residents would have to agree to annexation.

The split between the two LVH groups resulted in lots of finger pointing when it came to the expensive anonymous and inflammatory mailers flooding our mailboxes.  Similarly, neither of the LVH groups are willing to claim responsibility for the illegal robo-calls that voters continue to receive day and night. And perhaps most disturbing, LVH Alliance’s campaign disclosure filing (eight days after the deadline) did not explain how significant expenses were paid for, including the thousands for the feasibility study and lobbyist costs.

Since the predecessor city movements of Lakeside and Briarcliff that raised funds and contributed to LVH were never required to file disclosures, we may never know where the lion’s share of funding for the proposed city came from.  But what we do know is that many vendors attended a $500 minimum pay-to-play fundraiser, and donated money to LVH Alliance with the hope of doing business with the new city. After all it worked when they contributed to the Brookhaven effort.

The very premise of the LVH campaign has been to play on the frustration voters feel regarding corruption in county government.  Ironically, the people who would be our city leaders have no problem accepting large sums of money from contractors and developers.  It sure seems a lot like the reason Burrell Ellis got convicted.  LVH excuses its questionable behavior because it’s not illegal since “there is no city in existence yet.” Illegal – I guess not; unethical – I think so.

I understand a new city of Lavista Hills has an appeal to people who genuinely want to do something about improving our government. But like magic weight loss pills, few problems are solved without actual work and sacrifice.  A new city is definitely not an answer to DeKalb’s problems.  It would actually create an entirely new layer of problems. And we don’t need to punish the county – we are the county.

The more difficult truth is that DeKalb voters cannot afford not to be involved any longer.  We must come together to recruit, campaign for, and elect higher quality county politicians. That is our job. The county ethics reforms are a start but must be continually watched and adjusted, and there must be citizen oversight at every level of county operations.  We must require integrity in our public officials and continue to identify and prosecute every breech.  We are better together, and together we can make DeKalb strong again.

No distractions.  No new layers of problems.  No Thanks, Lavista Hills.