Dear Decaturish – Taxes will be higher in LaVista Hills than in Dunwoody, Brookhaven

Dear Decaturish – Taxes will be higher in LaVista Hills than in Dunwoody, Brookhaven 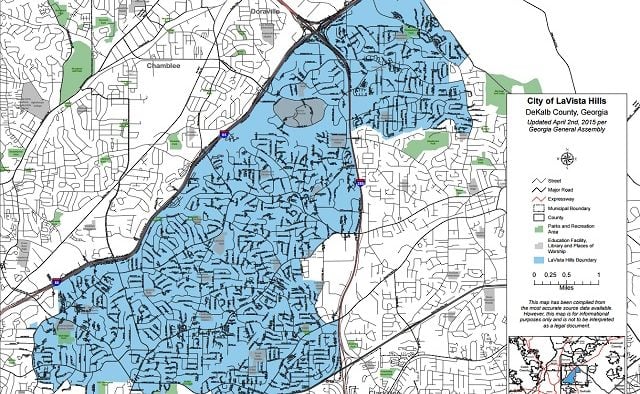 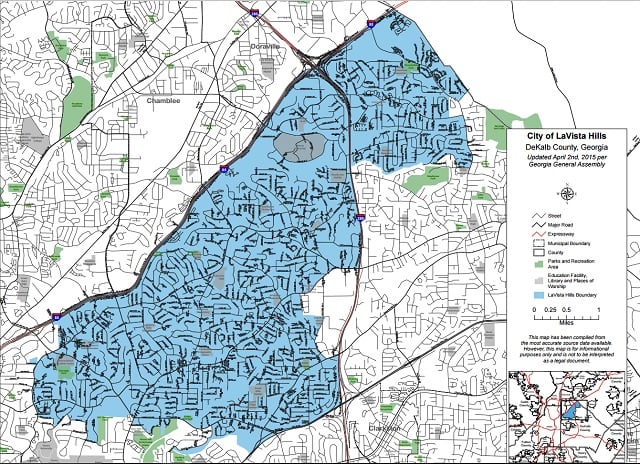 We accept letters to the editor. Letters to the editor are opinions of the authors of the letter, not Decaturish.com. This website won’t be making any endorsements related to any of the upcoming elections. Everyone has an equal opportunity to submit a letter to the editor. So if you read something here and don’t like it, don’t jump on our case. Write a letter of your own. Letters related to the Nov. 3 elections must be submitted by this Thursday, Oct. 29, and will not be published after Oct. 31. All letters must be signed and are typically 400 to 800 words in length. We reserve the right to edit letters for length and content. To send your letter to the editor, email it to [email protected].

The debate between the ‘LaVista Hills Alliance’ pro-city supporters and the ‘DeKalb Strong’ opponents of cityhood, has reached peak intensity.  Each side accuses the other of misleading and false statements.  Articles critical of the financial feasibility (Sept. 14, in AJC and decaturish.com) have been dismissed by pro-city supporters.  Neighborhood blogs reveal that many people are confused about the property tax issues.  Robo-calls plague residents, flyers from both sides arrive weekly, and yard signs dot the landscape.

To better understand the issues myself, and to provide information for my neighbors, I have tried to be neutral as I examined the issues. The following observations on real property taxes, and city budget, are made:

The residential homeowner taxes in unincorporated DeKalb County increased from 2014 to 2015.  For a typical homeowner with a $300,000 market value, and no change in assessment, the increase in the total tax bill is 4.35 percent.  This is the result of changes in the millage rate and H.O.S.T. credit.  For cityhood, the focus is on lines 6 and 7 of the property tax bill, for Special services for the unincorporated tax district and Police.  These are the items that would switch to a new city.  Collectively, for these services, the residential properties with homestead exemptions pay about 20.4 percent more tax in 2015 than in 2014:  $6,032,000 compared to $5,012,000.  This is the result of the 11.99 percent value increase in the tax digest, and the increase in the effective millage rate (after H.O.S.T. credit) from 3.23 to 3.44.  Some of the 11.99 percent value increase undoubtedly is from new development, but much is from higher assessments.

If the estimates for revenues and expenditures prepared by the Carl Vinson Institute (CVI) for the proposed city of LaVista Hills (LVH) are reasonably accurate for 2012 and 2013, then with a modest increase in the tax digest, it should have been possible in 2015 to collect enough real property taxes for a balanced city budget.  This assumes an inflation adjustment of 3.3 percent for the 2.5 years time difference.  The millage rate needed to generate the same tax revenue as collected by the county in 2014, would have been 5, the limit in the LVH charter.  The homestead exemption formula in the charter would effectively make the rate 4.  The collected taxes for all homesteaded property would have been 36.4 percent greater in 2015 than in 2014:  $6,836,000 compared to $5,012,000.  The 2016 taxes should be more, with a tax digest increase based on new development (existing properties would have values frozen through 2017).

The difference between the taxes collected by the county in 2014 and those that could be collected by the city needs to be emphasized:  They are different tax collection methods.  Both the CVI and Mr. Russell Carleton are correct.  The CVI study presented taxes collected under rules for the county, while Mr. Carleton’s estimate (and mine) for LaVista Hills are based on a different set of rules, those which would apply to the city.  Evidently, the LVH supporters don’t understand this difference.  The criticism leveled at Mr. Carleton is totally unprofessional.  At a Sept. 16 meeting at the Mt. Zion AME Church, neither Alan Venet nor Don Broussard were unaware of the exemption formula, which is the sliding-scale method patterned after Dunwoody.  One might also ask why the CVI group, nor any of the pro-city supporters, didn’t ask the obvious question:  What millage rate is needed to generate the tax revenue collected by DeKalb in 2014?

The pro-city people have repeatedly mentioned that Dunwoody and Brookhaven, with a millage rate of 2.74 in 2015 have not raised their rates since incorporation.  Unless there is an awful lot of “fat” in the LVH expenditures budget that can be trimmed, the needed rate for LVH is about  5, effectively making it  4.  The per capita real property taxes for Dunwoody and Brookhaven are about $142 and $117, respectively.  For LVH, it is projected to be about $173.

Longer documents and spreadsheets are available via this link: