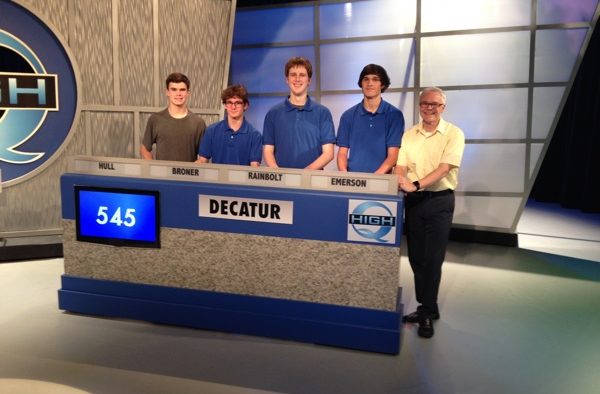 Chris Goode, coach of the Decatur High School Academic and Science Bowl team, said his students were selected to participate in WSB-TV’s HighQ contest this year.

“HighQ is a televised academic quiz show in which Georgia high schools compete against each other in an annual 32-team single elimination tournament,” Goode said. “Decatur High School’s team met Banks County High from Homer GA and won to advance to the sweet 16. The match will be broadcast on an upcoming Sunday at 1 p.m. (date to be announced).”

He said he believes the broadcast will air on WSB-TV.

He said the school’s next match will be in February 2016.

Goode sent along this photo: 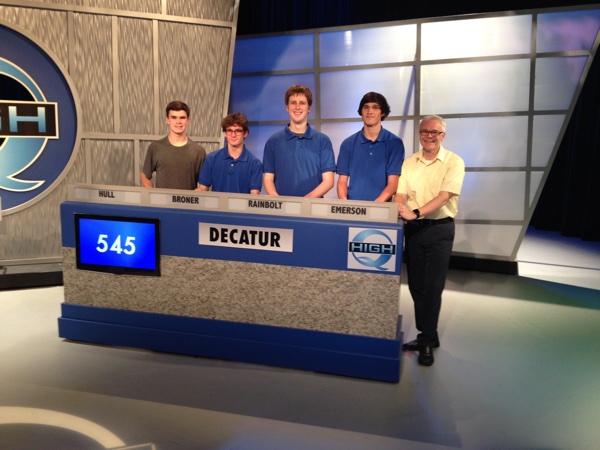