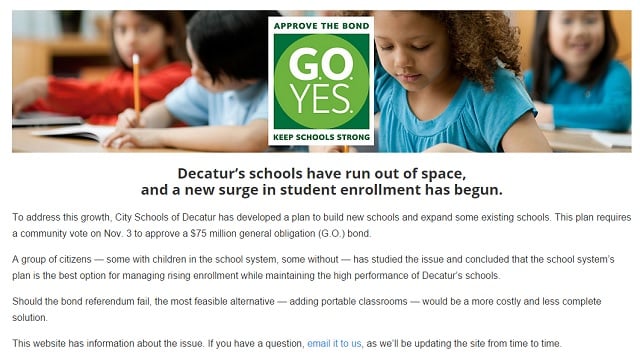 Decatur School Board members’ names appear on literature promoting a $75 million general obligation bond for school construction despite a legal opinion against public officials campaigning for or against ballot questions.

Legally, Decatur School Board members cannot advocate for the approval or defeat of the bond referendum. A 2012 Attorney General’s opinion says that courts have ruled public officials, “may not use their resources to persuade voters to support or oppose a ballot question.”

School Board Chairman Garrett Goebel said the board members signed their names to campaign materials sent out by Decatur Citizens for Kids as private citizens, not as School Board members.

“There are limitations on what the board can do, particularly with regard to the expenditure of public funds,” Goebel said. “Nothing however restricts what board members can do as individuals. We are not required to forfeit or yield our individual rights. So in answer to your question, yes it is legal for individuals who are board members to endorse and support the efforts of the Decatur Citizens for Kids nonprofit. So long as no public resources are used.”

In addition to Goebel, board members Annie Caiola, Lewis Jones, Julie Rhame and Bernadette Seals all added their names to the list of G.O. Bond supporters in the mailer pictured here: 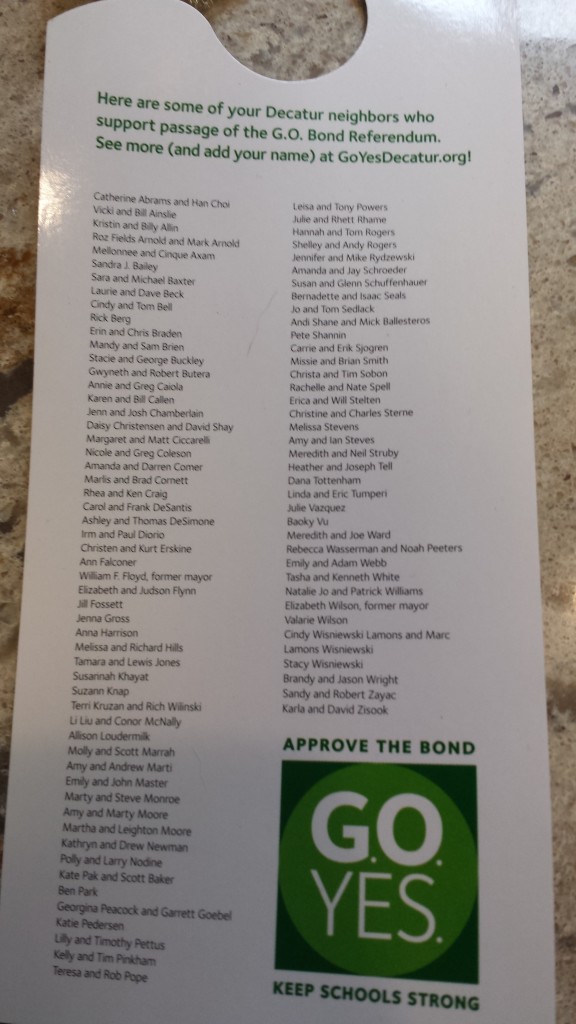 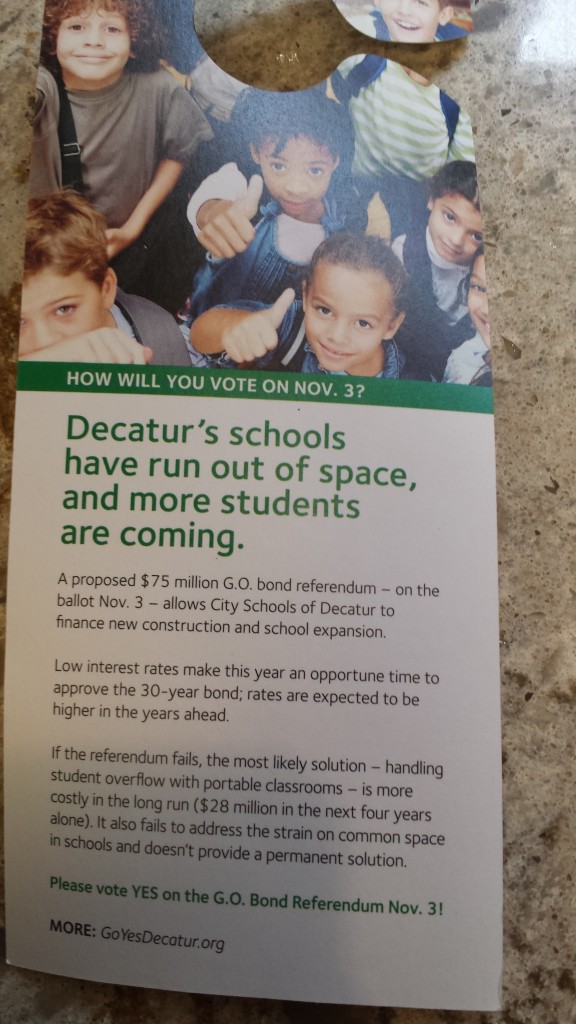 Here is the 2012 Attorney General’s opinion regarding public officials campaigning for or against a ballot question:

The election will be Nov. 3.