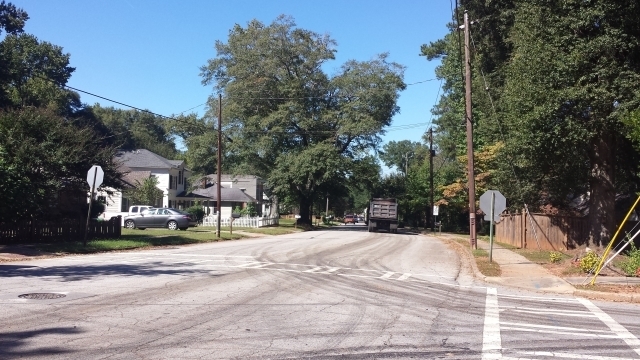 A pilot project working to reduce speed limits within the city of Decatur has been submitted to the Georgia Department of Transportation.

Junger reported that the city has submitted to GDOT a request to reduce speeds to 25 mph in the Decatur Heights Neighborhood. City commissioners previously approved a request by Junger to use the neighborhood for the pilot program.

“We want to make it safe, but we want to do it right and that’s where District 7 and the GDOT office and engineers come into play,” Junger said Tuesday evening. “We have requested at this point that all the streets in Decatur Heights be 25 mph. A good portion of them were approved by the city commission at one of the previous meetings. … Long-term we want to take it citywide.”

In a memo to commissioners in July, Junger explained, “Reducing the speed limits in the Decatur Heights neighborhood will offer us the opportunity to test whether or not the lower speed limits provide increased protection for residents, pedestrians, bicyclists, motorists and students using designated Safe Routes to Schools.”

Allen, District 7 assistant engineer/district traffic engineer, said he had reviewed the data collected by the city and the neighborhood and was preparing to submit it to the state traffic operations office. The proposal would then go to the Department of Public Safety. Allen cautioned that GDOT is charged with ensuring speed limits are not creating speed traps in cities and counties.

“This is a pilot project,” Allen noted. “We don’t want to get in the arena of setting speed limits arbitrarily, but if we see that it works with this type of street, then maybe we can apply it on similar streets across the city.”

Allen noted that infrastructure changes can also make a difference beyond the speed limit.

“You have to make improvements to change driver behavior,” Allen said. “So Sycamore Drive as you all know is straight, it’s wide, and it lends itself to driving faster, except for the stop control intersections that kind of jar you. With that said, the city’s also made a commitment to those improvements to shrink the road a little bit to make people feel like it is truly a residential zone and you need to drive slower.”

Deanne Thomas, president of the Decatur Heights Neighborhood Association, said some of those improvements are already in the works, including median islands and crosswalks along Sycamore Drive.

Disclaimer: The author is a dues-paying member of the Decatur Heights Neighborhood Association.