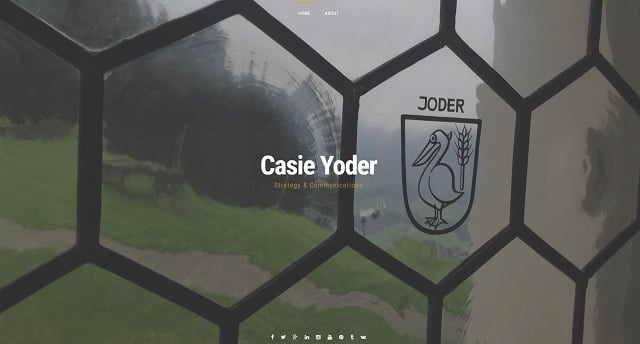 A screen shot of casieyoder.com

After two years serving as the city of Decatur’s chief spokesperson, Casie Yoder is moving into the private sector.

Yoder, who joined the city in 2013, told Decaturish her last day with the city will be Nov. 10.

“While I’m not 100 percent certain of what the future will bring (then again, who is?) my plan is to start my own strategic communications consulting business in the new year,” Yoder said. “More details will be available at casieyoder.com later in November.”

Yoder said she still plans to remain in Decatur after leaving her job as the city’s spokesperson.

Prior to joining the city, Yoder was an executive aide to George Washington University and a senior campaign communications specialist for United Food and Commercial Workers International in Washington, D.C.