John Pomberg wants to serve Avondale ‘at a higher level’

John Pomberg wants to serve Avondale ‘at a higher level’ 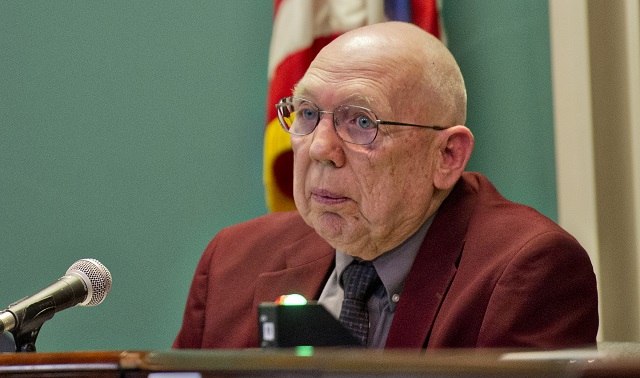 Avondale Estates City Commission candidate John Pomberg didn’t succeed in his bid to become the city’s mayor during a recent special election, but he hasn’t dropped off the city’s radar either.

He said he wants to, “Try to serve at a little higher level than just a citizen watching and speaking.”

The other candidates running for City Commission this year are:

Pomberg doesn’t get long-winded, preferring to answer questions briefly and directly. He moved to the city in 2012. Pomberg served in the U.S. Navy from 1967 to 1988, aboard aircraft carriers in the Tonkin Gulf, Persian Gulf, Southern Atlantic, and Caribbean. He worked in Iowa Department of Corrections and was active in Democratic politics, serving on the Davis County Iowa Democratic Veterans Caucus. He was also part of a Veterans & Military Families for Obama steering committee in 2012, according to the Des Moines Register. He holds a sport pilot license for recreational flying.

Pomberg has a wife, Diane, and moved to Avondale to be closer to his son and daughter-in-law.

He qualified to run in the March 17 mayoral election, but lost in a five-way race with current Mayor Jonathan Elmore, who will run unopposed this year.

Pomberg’s defeat did not dull his passion for public service.

“I’ve stayed involved with the city hall activities since that last election,” Pomberg said. “I didn’t walk away from it. I kept my presence there at the meetings and I’ve spoken up when I thought there was something to say. I just want to help the city I live in progress.”

Editor’s note: Decaturish is writing a short introductory article about each candidate running in the Nov. 3 municipal elections.