Man dies in apartment fire on Covington Highway near Avondale

Man dies in apartment fire on Covington Highway near Avondale 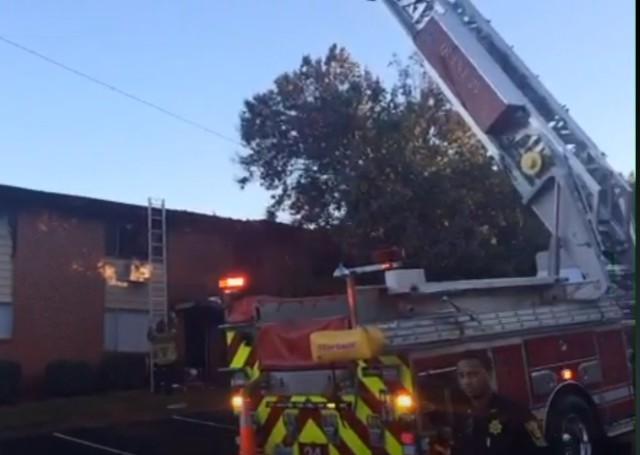 A fire at an apartment building on Covington Highway in greater Decatur near Avondale Estates claimed the life of one man on Wednesday morning, Oct. 21.

Firefighters received the call around 7 a.m. regarding a fire at The Parke On Covington.

Capt. Eric Jackson, spokesperson for the DeKalb County Fire Rescue Department, said the fire appeared to be concentrated on the second floor of the building. He said the building contained four units. Everyone else has escaped or has been accounted for, he said.

“We have a fatality an adult male and an adult female that was a jumper who went to the hospital. She was stable when we transported her,” Jackson said.

The cause remains under investigation, he said.