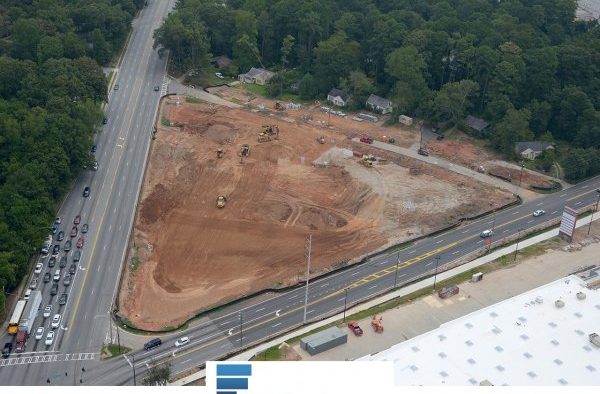 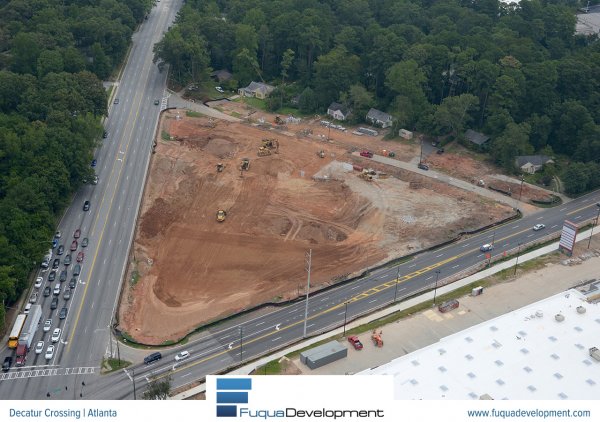 We’re seeing some new images of the work under way at the Decatur Crossing development on Scott Boulevard and North Decatur Road.

Fuqua Development, which is developing the property into several mixed-use structures, released aerials of the cleared triangle. Scott Boulevard Baptist Church was sold and then demolished over the summer to make room for the new development.

You can see the cleared land in the aerial photos, and one picture shows the busy Scott Boulevard six-point intersection. 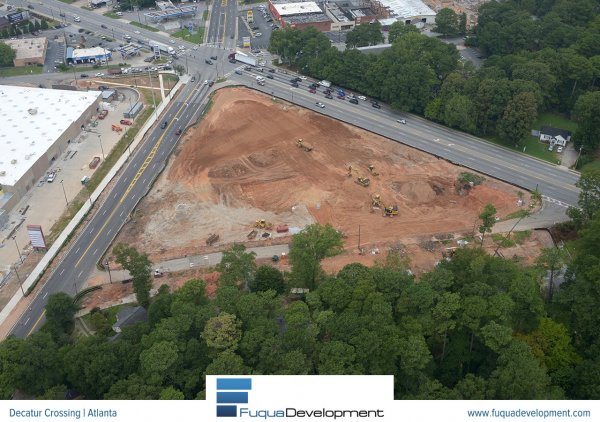 Fuqua Development aerials of what will be Decatur Crossing.

Dwell Design Studio, an Atlanta-based architecture and design firm, released renderings of the 250 residential apartment units that are part of Phase I of Fuqua’s plans for the site.

They are called “The Point on Scott” and will include a club room, a game room, a cyber cafe, business center, fitness center, and pool. 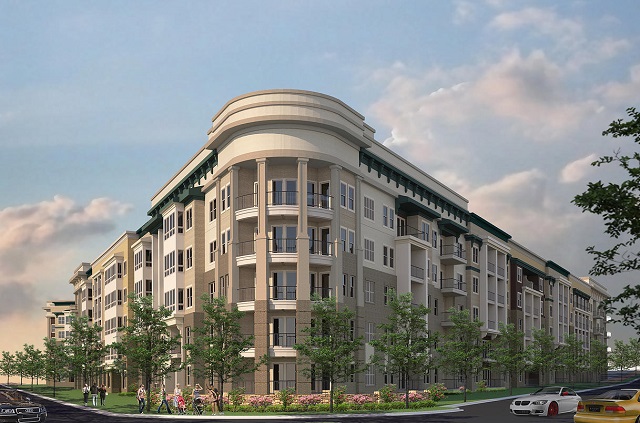 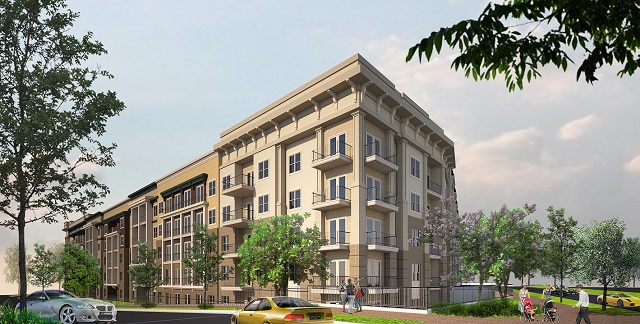 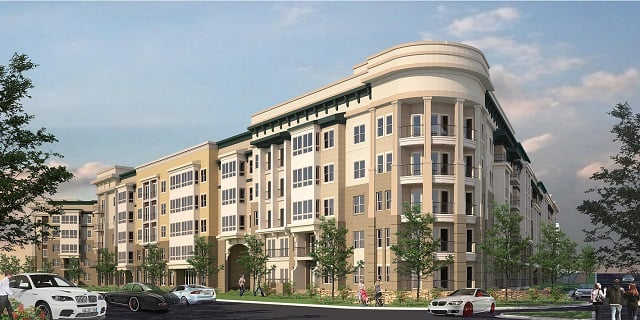 DeKalb County Board of Commissioners approved rezoning requests for Phase II of Decatur Crossing over the summer.

At that meeting, residents expressed concerns about increased traffic in the area.

At a neighborhood meeting on Oct. 6, GDOT’s District 7 assistant engineer/district traffic engineer Patrick Allen was asked about the busy Scott Boulevard intersection and all of the development with Decatur Crossing and Suburban Plaza.

Allen said when a site develops, GDOT is involved in determining where driveways and sidewalks are located.

“The state highway is our top priority in ensuring that we don’t add five to six thousand extra vehicles and lock traffic down more than it already is during a given rush hour,” Allen said. “So we’re looking at that closely to ensure that we maintain an adequate level of service. Also, safety is a big thing to make sure that people can ingress and egress in a safe and efficient way. We want you to get to Walmart and be able to leave Walmart and go home safely.”