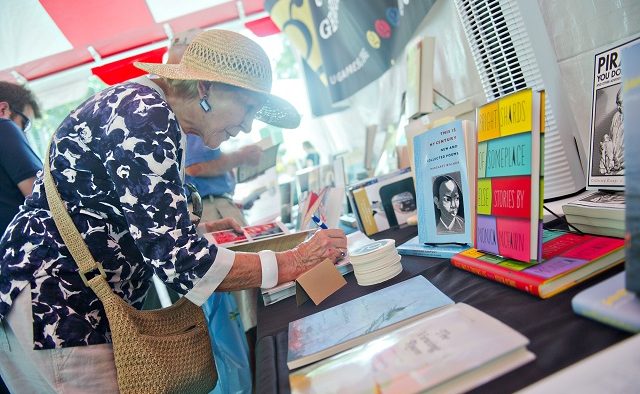 File photo: Jonathan Phillips Bee Nahmias tries to identify a weed that has been growing in her yard by looking through a book on plant life during the AJC Decatur Book Festival on Saturday, August 30, 2014.
Share 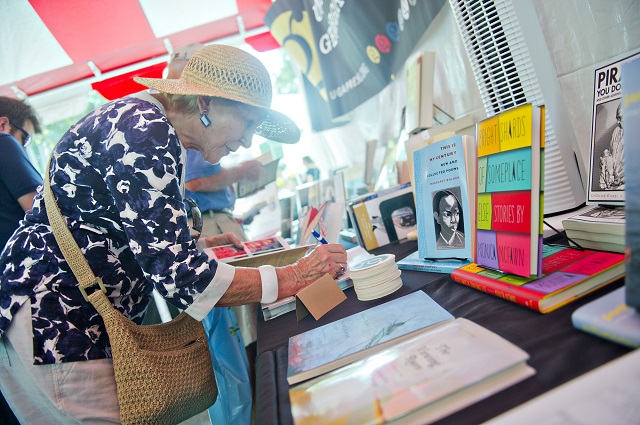 File photo: Jonathan Phillips
Bee Nahmias tries to identify a weed that has been growing in her yard by looking through a book on plant life during the AJC Decatur Book Festival on Saturday, August 30, 2014.

There’s been a casting change at the Decatur Book Festival.

Philip Rafshoon is leaving his role as program director, a post he’s held for three years. He is being replaced by Julie Wilson, who previously served as the assistant program director.

Rafshoon said via social media that, “I have greatly enjoyed helping the largest independent book festival in the country grow in size while increasing the quality, variety and diversity of the hundreds of programs on the festival schedule.”

He added, “I leave confident that the festival is in great hands of leaders who will continue the progress that we have accomplished.”

Wilson joined the DBF after working for about seven years at the American Cancer Society where she managed “customer feedback and process improvement.” Before that she worked at Ketchum, “a leading international communications agency,” according to a press release from DBF. She is a graduate of the University of North Carolina Chapel Hill where she majored in journalism, with a concentration in advertising, the press release says.

“I’m ecstatic about this opportunity to serve as program director for such a successful, well-regarded event,” Wilson is quoted as saying in the press release. “I have some pretty big shoes to fill following Philip. I gained incredible experience in 2015 working with the AJC DBF team, learning from the very best in the business. Securing an eclectic mix of dynamic authors who appeal to a diverse audience is as much art as it is science. I look forward to building upon my experience to continue evolving our program offerings and strengthening our ties with authors and publishers locally and nationally.”

The Book Festival recently celebrated its 10th year of bringing authors and thousands of their devoted fans to the city of Decatur during Labor Day weekend.