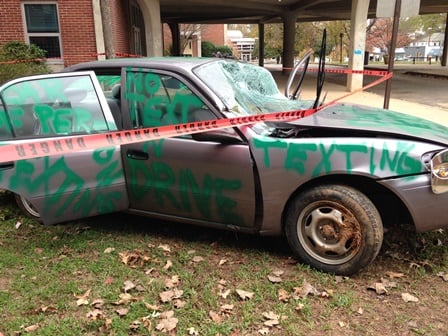 The Decatur Fire Department has noticed a sharp increase in the number of pedestrians hit by drivers.

According to Fire Chief Toni Washington, since January the city has received an average of one to two reports of drivers hitting pedestrians each month.

“In September, we responded to four incidents and in October we had eight,” she said. “Our dispatch notification system does not specify if the person was on foot or a recreational device (bike, scooter, skate board, etc.); nor the contributing factors of the accident.”

However, a post on the city’s Decatur Minute blog says that distracted drivers are to blame. The headline says, “Don’t text and drive.”

Recently the Fire Department placed this crushed car in front of Decatur High as a warning to students. 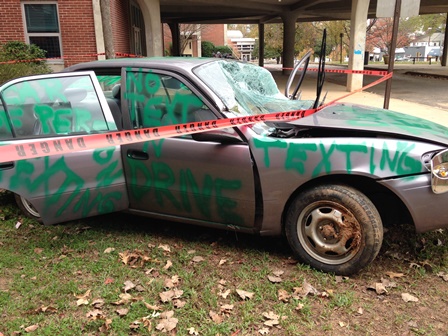