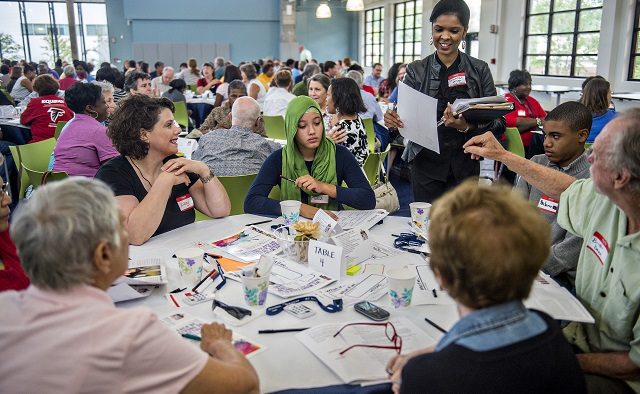 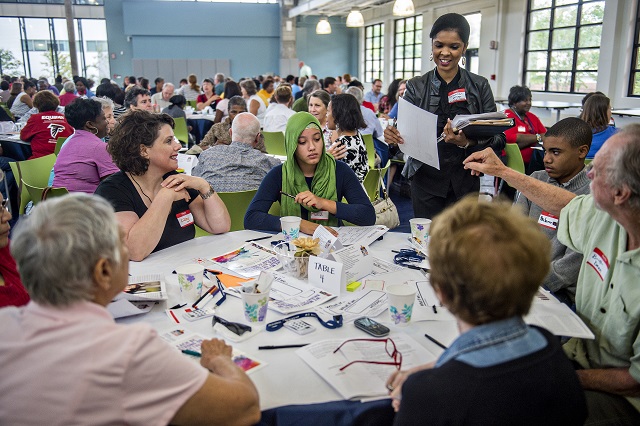 After months of meetings and input, the Decatur is getting ready to release its first draft of a plan to address dwindling diversity in the city.

The first draft of the Community Action Plan will be unveiled on Nov. 12. There will be a community review from 6:30 to 8:30 p.m. in the Marriott Courtyard’s Decatur Conference Center, Ballroom B.

“This is a public gathering open to all, so please come and add your perspective on how Decatur can best foster the diversity that makes us such a wonderful place to call home,” the announcement from the city says.

The plan has been almost two years in the making, sparked by allegations of racial profiling by police officers that were raised back in January of 2014. Former School Board member Don Denard said he had been profiled, and other black residents and visitors soon came forward with their own stories. The city hired a consulting firm, the Art of Community, to facilitate conversations and help create the plan. The consulting firm put together a Leadership Circle of residents and city employees that has been meeting regularly to develop recommendations about how the diversity discussion should move forward.

On Aug. 29, the city hosted a community-wide diversity discussion at the Ebster Recreation Center. Hundreds of people came out to the Community Action Planning Cafe Conversation on Aug. 29 to discuss issues such as diverse and affordable housing, racially just community policing and other issues.