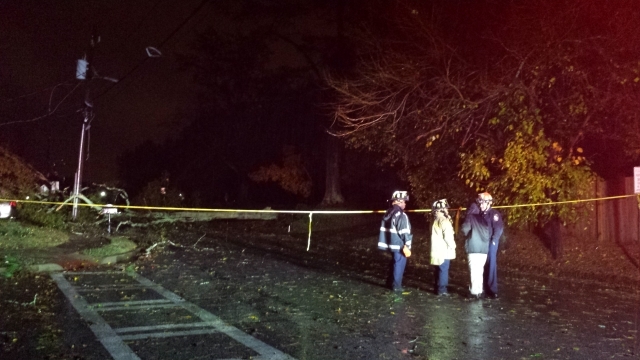 A giant branch came down on power lines on Pinehurst Street at Winn Way in Decatur. Photo by Dena Mellick
Share

A giant branch came down on power lines on Pinehurst Street at Winn Way in Decatur. Photo by Dena Mellick

Trees and branches were down around Decatur, but no injuries were immediately reported Wednesday night after a storm blew through.

A giant branch took out power lines on Pinehurst Street at Winn Way, knocking out power to several homes. One family told Decaturish they were waiting inside for rescuers to check downed power lines outside the home. They reported later Georgia Power had arrived and shut off the power.

A tree came down in the 300 block of Lockwood Terrace in the Decatur Heights neighborhood, blocking the road. A couple at the residence where the tree originated said no one was hurt and their home was not damaged when the tree came down. The tree had crushed a flower pot.

Police put up tape blocking off downed branches along Sycamore Drive and on Grove Street in the Decatur Heights neighborhood.

A Decatur police operator said no injuries were reported. More than 650 customers in DeKalb County were affected by outages related to the storm, according to Georgia Power.

Here are more photos of downed trees and branches: 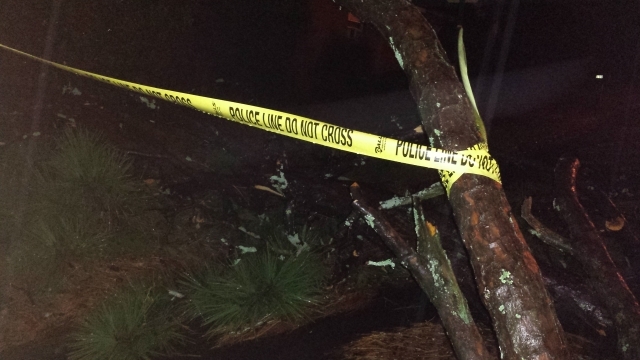 A downed branch with police tape at Grove Street and Sycamore Drive. Photo by Dena Mellick 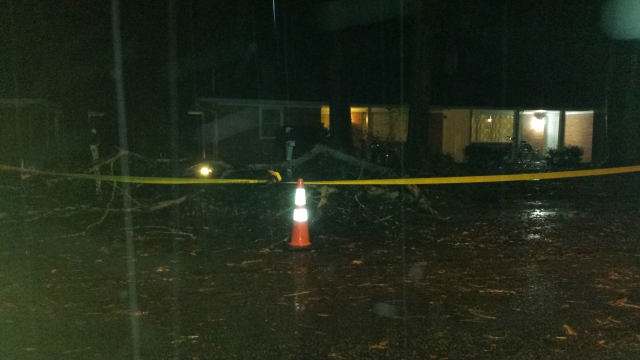 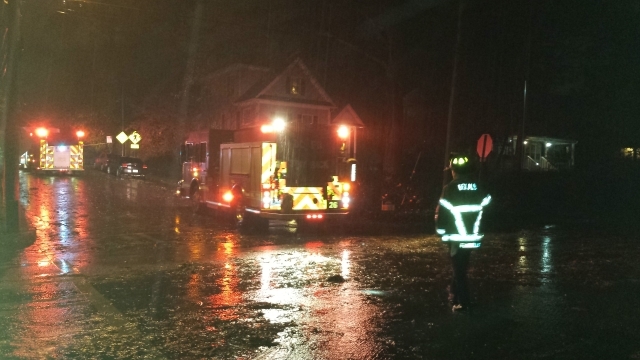 Decatur firefighters respond to the downed branch on Pinehurst that took out power to several homes in the Decatur Heights neighborhood. Photo by Dena Mellick 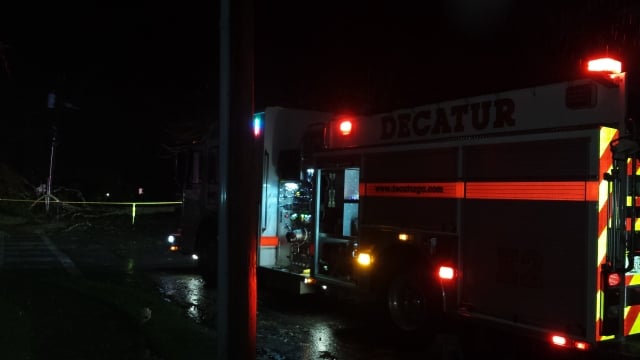 Firefighters and Decatur police secured the area around the downed power lines on Pinehurst Street in Decatur. Photo by Dena Mellick 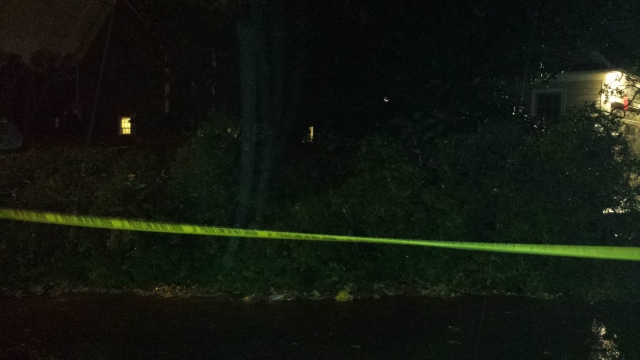 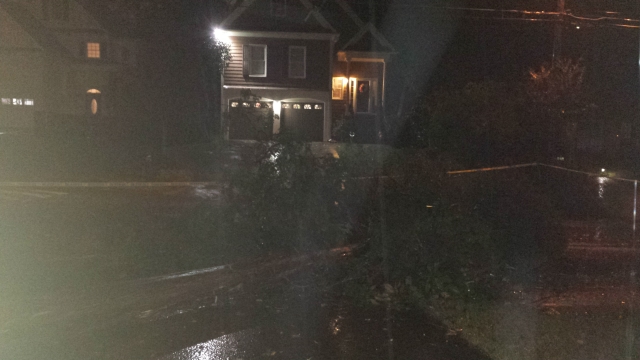 The downed tree in the 300 block of Lockwood Terrace didn’t appear to have caused any other damage besides a crushed flower pot. However, the blocked road was impassable to cars. Photo by Dena Mellick

Decaturish reader Neha Patel sent in these photos. She said, “Looks like the east side took a beating. We lost (a tree) too over here on Glenn Street. Good times (not really) but no one hurt. This is our second large oak in so many years. Lucky our trees MO’s are all the same: fall just close enough to annoyingly damage the house, some new grass, and bit ‘o new driveway (cause why not go for a trifecta) while also making you count your blessings.” 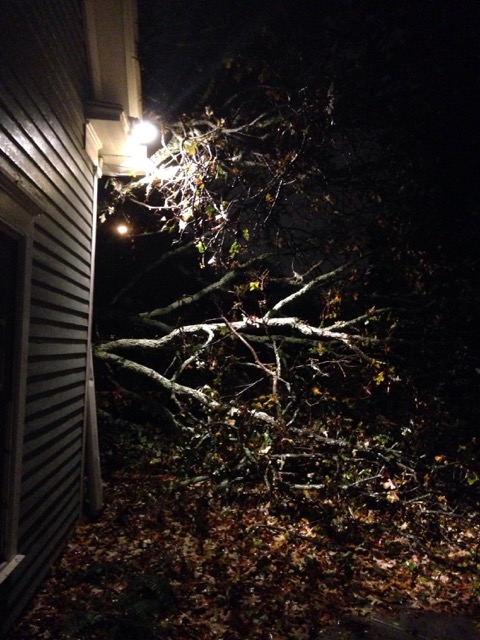 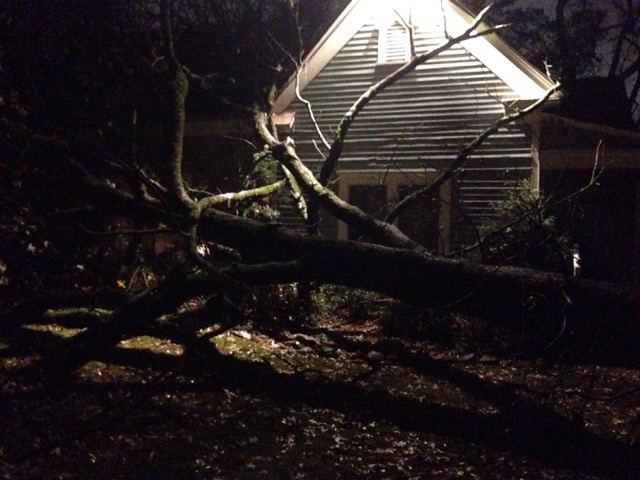 Got a photo of damage or downed trees from the storm? Email pictures and information on where the photo was taken to [email protected].