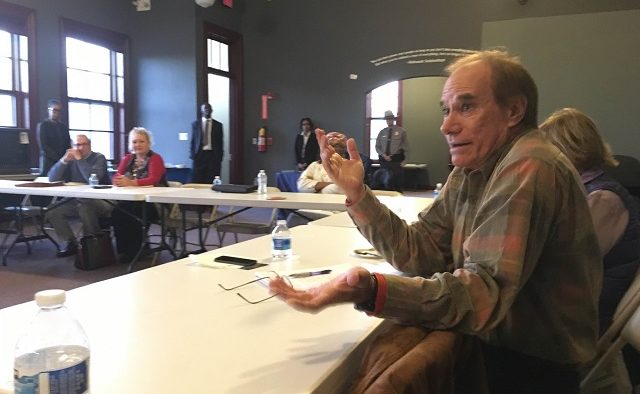 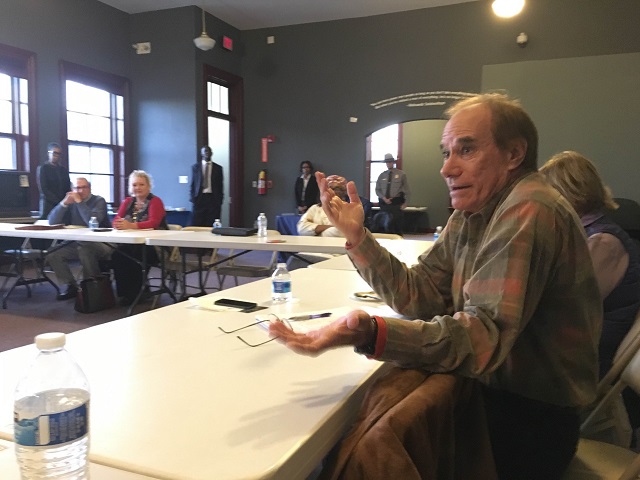 Among the list of complaints residents voiced were: late mail delivery, mail being delivered to the wrong address, or mail not being delivered at all. Many people also expressed frustration over electronically-tracked packages being incorrectly marked as “delivered” by mail carriers, despite customers coming home to empty mailboxes.

Omar Coleman, the recently sworn-in Atlanta postmaster, said in his opening remarks, “On behalf of all of us up here, we want to offer our apologies.” He added, “We’ve kind of dropped the ball a little bit, but we’ve done some things to shore it up.”

The meeting, he said, was to get feedback to help the post office provide better service to its customers.

“We’ve accepted the fact that we can do better,” he said.

Carrie Gale, a frustrated Postal Service customer, said she posted her issue with “tracked packages” to Nextdoor — a private social network designed for neighborhoods — and within 12 hours had 154 people also said they’ve had packages that we tracked as “delivered” but weren’t at their home.

When packages don’t get delivered, Gale added, you’re out the money for the shipping and out whatever you purchased. She pleaded to Postal Service officials to ensure that postal carriers stop marking tracked packages as “delivered” when they’re not.

“We give up, we’re frustrated, but we’ve tried,” she said. “There’s nothing we can do.”

Stu Platt, a business owner, said he relies on the U.S. mail service, but said he would have to make the switch to FedEx if things didn’t change.

Jack Whistner, another frustrated resident, said, “It’s hard to get a handle on how much of your mail isn’t getting delivered.”

And Jason Bonsignore told postal officials he has a problem getting any mail delivered after a mail carrier told him he had to move his box from house to street. His neighbors’ mailboxes are pinned to their houses.

“We didn’t get medication delivered, and that takes it to a new level for us,” he said.

U.S. Rep. John Lewis, who was also in attendance, urged the frustrated mail customers to not give up. “

The Atlanta postal facility experiencing the most service-related issues is the Ralph McGill office, according to Coleman. That office delivers to Atlanta area codes that start with 303.

With newly-hired, inexperienced employees combined with route adjustments and other recent changes, Coleman said, “It was kind of a perfect storm that hit at one time.”

“You have our commitment that we are dealing with it,” he added.

While the Ralph McGill office is the top focus, Coleman said, he is aware that there are other mail delivery concerns around Atlanta. He explained that Atlanta postal workers deliver to 400,000 addresses daily, and that number continues to grow.

Another area — outside of the Ralph McGill delivery area — that has voiced problems with mail delivery is Decatur Heights. In a Google group discussion, several residents with the 30030 zip code echoed similar complaints as those who attended the meeting.

“The two primary issues that I’ve experienced are late deliveries, many times past 8 or 9 p.m., and repeatedly ignored mail holds,” one resident told Decaturish.

At the end of the meeting, residents in attendance said they would hold their optimism in reserve, but hope the mail delivery issues get resolved soon.

“Any time you get a forum like this,” Coleman said, “where you have the community out, and they express some of the problems and concerns that they have, it gives us valuable information and valuable feedback to get better.”

Coleman added that the whole meeting was recorded and documented so that he and his team could learn from the comments and complaints. Moving forward, he said, “We will continue to grind.”